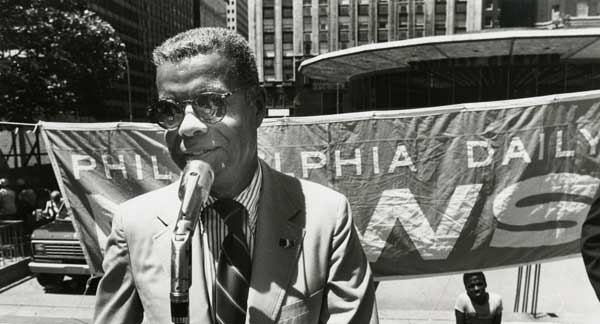 Charles “Chuck” Stone Jr. died on April 6 at the age of 89. Stone was a pioneering journalist, a long-time columnist with the Philadelphia Daily News, and co-founder and first president of the National Association of Black Journalists.

Among his notable career accomplishments, Stone was a Tuskegee Airmen during World War II, served as special assistant to Congressman Adam Clayton Powell Jr. from 1965-67, and was a key mediator between alleged criminals and the Philadelphia Police Department. Stone served as Walter Spearman Professor of Journalism at the University of Carolina-Chapel Hill from 1991-2005.

The Chuck Stone Papers were donated to the John Hope Franklin Research Center for African and African American History and Culture in 2004.