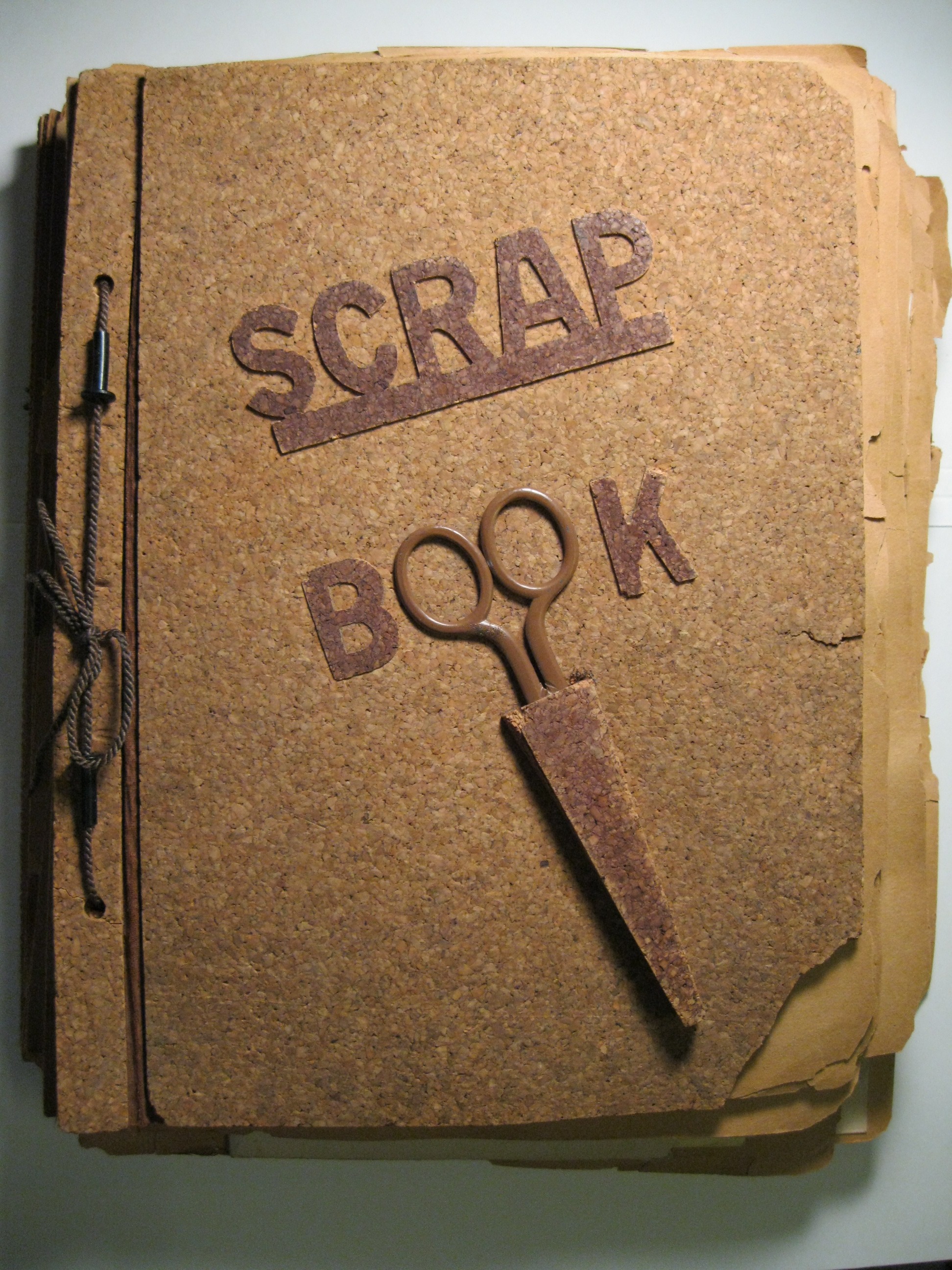 I’ll soon be meeting with Conservation staff to discuss the preservation issues surrounding a few collections I’ve cataloged recently, including this one, a scrapbook I felt I had to catalog before it absolutely fell to pieces.

Nan Rothholz began this scrapbook during World War II, when she served as a member of the National Jewish Welfare Board and the Baltimore United Service Organizations (USO). She and her family hosted servicemen, generally medical professionals stationed at Fort Meade, in their Baltimore home. She became especially close to and followed 5 of the men during the final years of the war in Europe, and to me this scrapbook represents her “filing cabinet” for their V-mail, letters, photographs, postcards, and clippings, rather than a traditional scrapbook.

Our challenge here will be how to keep related material together yet preserve the individual items, all before these brittle pages crumble to bits. Conservation staff will advise me on this, and perhaps digitization will be considered to help preserve the relationships in material that Rothholz initiated. Both the National Jewish Welfare Board and the USO commended her on her work, and our work will honor her as well.

One thought on “Preserving a Cork-Covered Scrapbook”