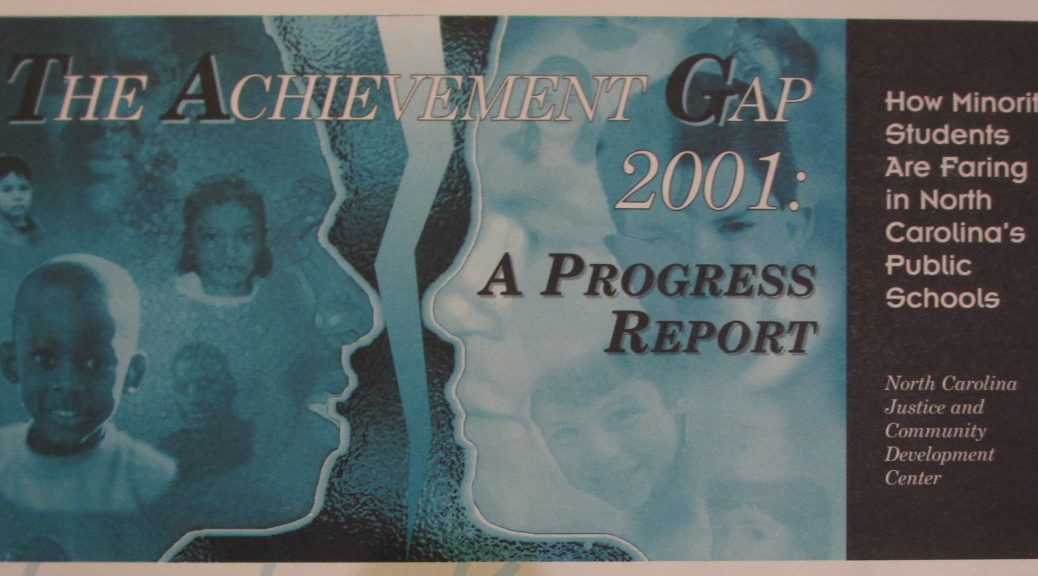 How did advocates for equal educational opportunities for children in North Carolina shift their legal strategies when desegregation battles became increasingly difficult to wage in the mid-1970s? It is with this research question in mind that I explored the American Civil Liberties Union of North Carolina (NCCLU) records, which are part of the Human Rights Archive at the David M. Rubenstein Rare Book & Manuscript Library. I spent a week exploring this rich collection to get a better understanding of civil rights attorneys’ thinking.

One case in particular captures many of the tensions that my work seeks to disentangle: Leandro v. State of North Carolina, the major school finance case in the state, tackles issues of educational inequalities in the state and sheds light on structural inequities exacerbated by an inequitable funding formula, and provides a fascinating example of how legal strategy changed over time.[1]

While at Duke University, I had the honor of interviewing a leading scholar and attorney in the field, Prof. John Charles Boger, former Dean of the UNC Law School, whose name appeared in the NCCLU papers on several occasions, and who was involved in writing amici briefs for the Leandro case in the 1990s and 2000s.[2] I was immersed in the NCCLU papers, and then had a long conversation with Prof. Boger in the Von der Hayden Pavilion, just a few feet away from the archival research room, in a wonderful dialogue between written sources and human accounts. One of the major themes in this research is the relationship between funding inequities and test scores, and implications for poor students’ opportunities. The period that I study witnessed the rise of standards-based reform and standardized testing, most notably promoted by Governor Jim Hunt. Attorneys in the Leandro case underlined the disturbing correlation between low-wealth—and therefore low funding, since school funding relies on property tax—and low achievement as measured by standardized tests. The following excerpts from the initial Leandro complaint points out that students in poor, rural counties in the state often failed on the state’s own standards because of a chronic lack of resources in their districts.[3] Attorneys claimed this was evidence of the state’s failure to honor its constitutional obligation to provide a sound basic education to all children in the state:

“The inadequacies of the educational opportunities for schoolchildren in the plaintiff districts may also be seen from the State’s designation of the school systems of Halifax, Hoke, Robeson, and Vance Counties as being on either low performing or warning status for 1991, 1992, and 1993.” (Complaint draft, Leandro v. State, May 25, 1994, p. 21)

“A further indication of the inadequate educational opportunities available to schoolchildren in the plaintiff districts is student performance on the State’s own standardized tests.” (Complaint draft, Leandro v. State, May 25, 1994, p. 76)

Delving into these issues thus provides us with necessary context to understand what many have called the “achievement gap,” as well as labels such as “low performing” and “failing,” which became increasingly used to designate poor, struggling school districts at the end of the 20th century.

In the Common Sense Foundation records of the Human Rights Archive, I found that in 2001, a commission sponsored by the Durham Public Education Network studied the discrepancy between test scores of white students and black and Hispanic students in the public schools of Durham, North Carolina. 90% of white and Asian students performed at or above grade level in reading and math, compared to 60% of African American students. The report included the following sentence in bold, capital letters: “the achievement gap is no one’s fault, but it’s everyone’s responsibility.”[4] The statement suggests that differences in test scores between students could not be traced to the decisions and policies of historical actors. The commission agreed that the difference should be addressed, but it presented it as a disembodied reality: the “achievement gap”—as measured by standardized testing in 2001—had no history, no context, and no fixed meaning. Yet understanding the history of unequal funding and chronic disadvantage for poor school districts and poor students sheds light on a true, documented opportunity gap.

The Marshall T. Meyer travel grant allowed me to delve into archival sources that will be the backbone of a chapter on legal strategy in my dissertation, and I want to thank Patrick Stawski and the entire staff at the library for their support. Not only did I gather important archival sources, but I was also able to really gain a much better understanding of the legal and economic context of the period I am investigating. I left the library with a lot of pictures, but more importantly with a deeper and much more nuanced understanding of people’s actions, discourse, and beliefs.