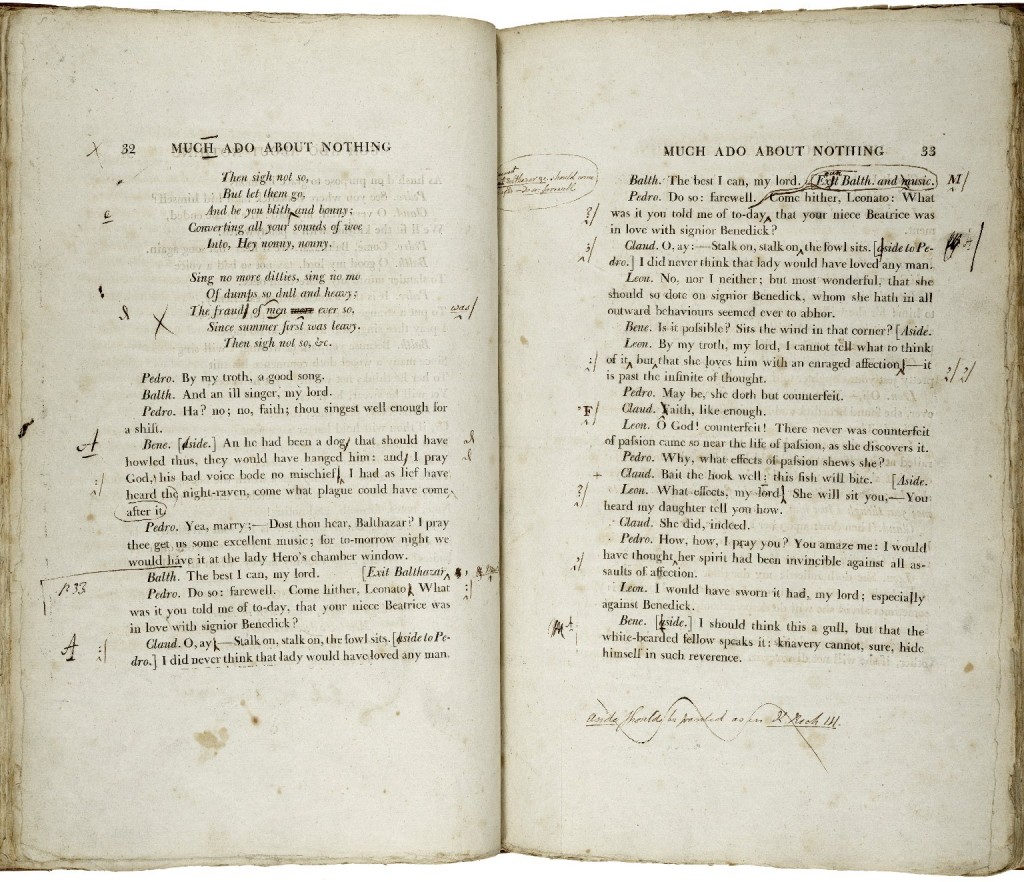 Has our series of blog posts celebrating Shakespeare inspired you to learn more more about him?  You are in luck because there are a lot of primary and secondary sources related to Shakespeare that you can use in your research!

In fact there is so much information out there that you will actually want to give some thought about how to narrow your research.  One way I would suggest doing this is to give some careful thought to the subject headings you use.  Here are some suggestions that I have:

There are also several very specific Shakespeare related sources to use, such as:

Editions and Adaptations of Shakespeare. The complete text of eleven major editions of Shakespeare’s works from the First Folio to the Cambridge edition of 1863-6, twenty four separate contemporary printings of individual plays, selected apocrypha and related works and more than 100 adaptations, sequels, and burlesques from the seventeenth, eighteenth, and nineteenth centuries.

Shakespeare Studies. An international volume of essays, studies and reviews dealing with the cultural history of early modern England and the place of Shakespeare’s production in it.

Shakespeare Survey.  A series of Shakespeare studies and production. Since 1948 Survey has published the best international scholarship in English and many of its essays have become classics of Shakespeare criticism.

BBC Shakespeare Plays.  Click on “Institution Access” tab to access this database. Between 1978 and 1985, the BBC televised the entire Shakespeare canon of 37 plays. View these acclaimed productions streamed online, as each boasts some of the richest talent in 20th century British theatre and television.

You may also want to look at the historical context that Shakespeare lived in.  I have two recommendations for this.  One is starting with some of the literature resources I have listed on my Medieval and Early Modern page on my Literature guide.  Another is to go to the more complete Medieval and Renaissance Studies guide.

Another avenue of research is to check out some of the materials in the Rubenstein Library.

Finally there are several really great websites that you might find useful:

The MIT Global Shakespeares Video & Performance Archive is a collaborative project providing online access to performances of Shakespeare from many parts of the world as well as essays and metadata by scholars and educators in the field.

The Internet Shakespeare Editions (ISE) is a non-profit scholarly website publishing in three main areas: Shakespeare’s plays and poems, Shakespeare’s life and times, and Shakespeare in performance.  Duke University Libraries is a Friend of the ISE.

The Shakespeare Quartos Archive.  A digital collection of pre-1642 editions of William Shakespeare’s plays. A cross-Atlantic collaboration has also produced an interactive interface for the detailed study of these geographically distant quartos, with full functionality for all thirty-two quarto copies of Hamlet held by participating institutions.

I don’t know how long this tool will be available, but JSTOR has this fun Understanding Shakespeare site where they are connecting digital texts from the Folger Shakespeare Library with articles on JSTOR.

Continue your exploration of Shakespeare by joining us on April 15th at the Shakespeare Everywhere reading!