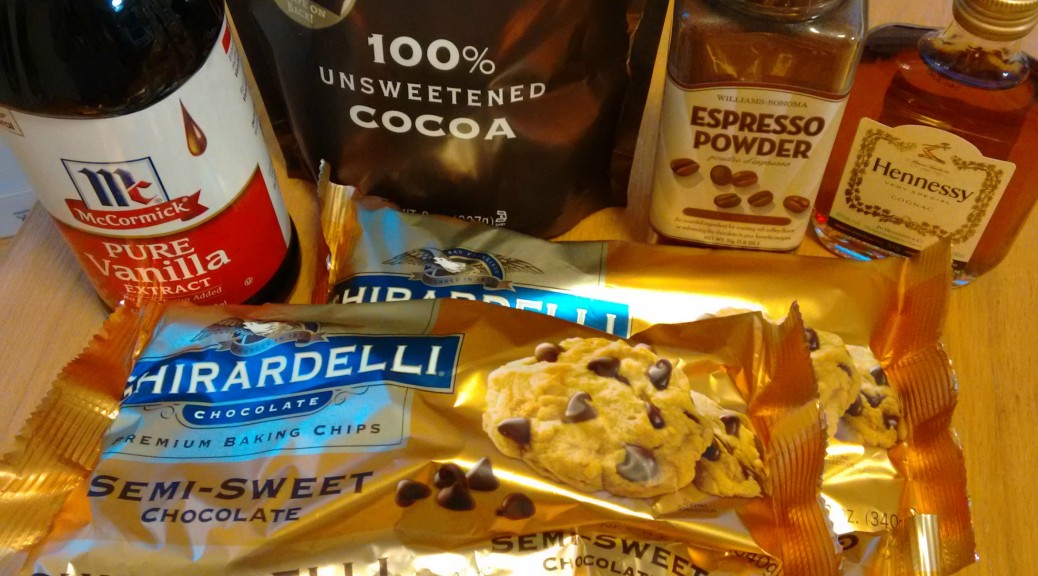 Long live the Rubenstein Library Test Kitchen! We’ve had so much fun trying out recipes from our collections that we have decided to continue the series on the last Friday of each month.

Christmas is over, but that doesn’t mean that you have to stop eating. If you have room in your life for a little more dessert, I highly recommend trying Doris Duke’s Bittersweet Chocolate Ice Milk, one of hundreds of recipes available in the Doris Duke Papers.

Doris Duke’s collection includes boxes and boxes of recipes and menus from each of her houses — Duke Farms (Somerville, New Jersey), Rough Point (Newport, Rhode Island) , and Shangri-La (Hawaii). Duke appears to have collected a lot of her recipes during her travels (Thai and Hawaiian recipes were favorites), but her books also have plenty of American-style comfort food. Looking through the recipes was really fun, and it was hard to choose just one. I found a great one called Wine Jelly, which appears to be Doris Duke’s take on jello shots — except with sherry.

I wanted to make something to share with the Rubenstein Staff Holiday Party, so I went with the chocolate ice milk. It’s not quite as wild as some jello shots, but does have a ridiculous amount of chocolate, as well as espresso and a bit of cognac. And don’t worry about your New Year’s resolutions: it’s ice milk, not ice cream, so it’s totally healthy!

The recipe dates from the early 1990s, so I found it fairly easy to make. The “bittersweet” part of the title is misleading — although the recipe has a cup of unsweetened cocoa powder, it also has a full 2 pounds of semi-sweet chocolate. I used chocolate chips to save myself the effort of chopping chocolate. I also used homogenized skim milk, which seemed to work fine. The trickiest part for me was tempering the eggs, which involves pouring some of the warm chocolate into the yolk mixture, and then reuniting all of it back on the stove top. Do not expect any drastic change in the chemical composition of your mixture. When I finished heating everything and was ready to let it chill for 30 minutes, it basically looked like a giant bowl of chocolate milk. I was worried I would have to serve it with a straw. After chilling for 30 minutes, a loose film had started to appear on the top of the mixture, which was reassuring. I put it in my ice cream maker for about 20 minutes, which thickened it up nicely. After an overnight in my freezer, it was ready for the party.

Verdict: This dish reminded me of hot chocolate, except it was frozen. It is extremely rich and pairs well with cake. Don’t skip the cognac. Just think: what would Doris do? (I know what you’re thinking. She’d also make the Wine Jelly. Here’s that recipe.)