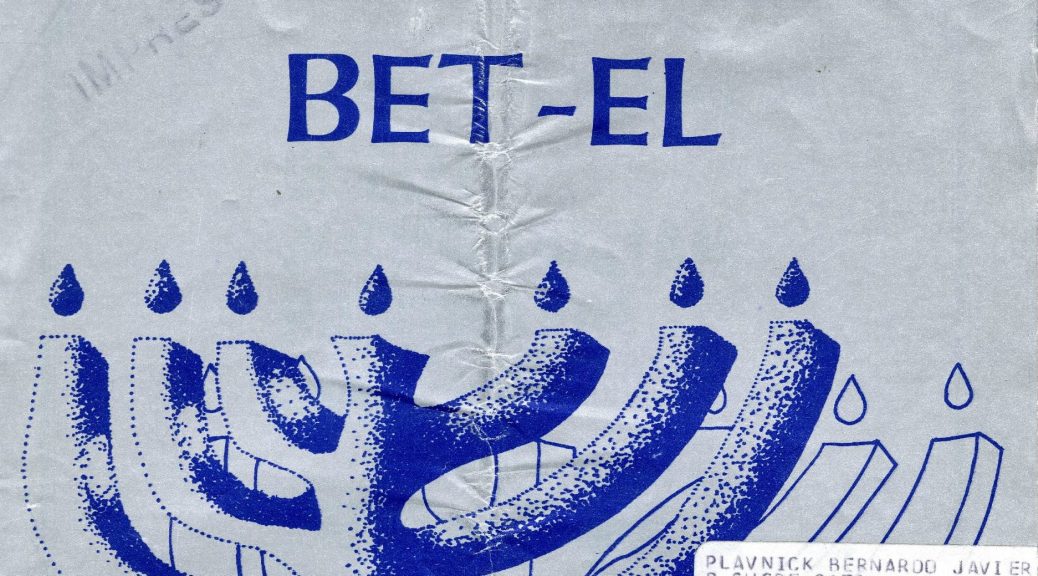 How do we fight for truth and justice in a market driven present? This is an ethical question that is central to my current research on the post-dictatorship generation’s brand of activism in the Southern Cone and it is a question that drew me to the Marshall T. Meyer papers in the Human Rights Archive housed in the David M. Rubenstein Rare Book and Manuscript Library at Duke University. My trip was made possible by a generous Marshall T. Meyer Research Travel Grant. I would like to thank Patrick Stawski and Eric Meyers for their expertise and enthusiasm in my research. I would also like to thank the staff at the Rubenstein and Perkins Libraries for their professionalism.

After a week of diving into the Marshall T. Meyer and the Abraham Joshua Heschel archives, I began to notice a curious difference between Heschel’s and Meyer’s usage of synagogue pamphlets. While Heschel’s pamphlets emphasize the progressive vision of Jewish life within the current cultural, philosophical and political atmosphere, Meyer’s Bet El pamphlets include a wider range of local and international political and cultural topics. Further, Bet El’s pamphlets were clearly written for adolescents as there is a section at the back that asks the youth about a variety of topics. Interestingly, Meyer even included advertising for local companies whose employees supported the synagogue.  When asked in the magazine Nueva presencia about the success of the Bet El synagogue during the repressive military dictatorship in Buenos Aires (1976-1983), Marshall Meyer responded by insisting “éxito” or “success” was an inappropriate term to describe the growth of Bet El. He explained that the term is used for commercial reasons and puts synagogues in competition with each other. Instead, Meyer states that it is the congregation’s collective search for an authentic spiritual identity that has encouraged the community to grow.

I am currently working on an article examining Meyer’s use of pamphlets to distribute his progressive vision of religious activism. Meyer’s ‘success’ and his discomfort with the notion of commercial success is a conflict that I observe in the recent artistic productions by the post-dictatorship generation in Argentina. For example, in the blog Diario de una princesa montonera, the author and child of the disappeared Mariana Eva Perez confesses “Luchás por la identidad y la justicia y al mismo tiempo acumulás millas/ You fight for truth and justice and at the same time you accumulate [frequent flyer] miles”. Perez, like Meyer before her, struggles with the idea that she is in some way profiting off of the suffering of others. In the future, I hope to incorporate my archival work on Marshall T. Meyer in a larger book project that will attempt to articulate different practices of human rights activism during and after the last dictatorship in Argentina and how these practices addressed the ethical issue of ‘success’.