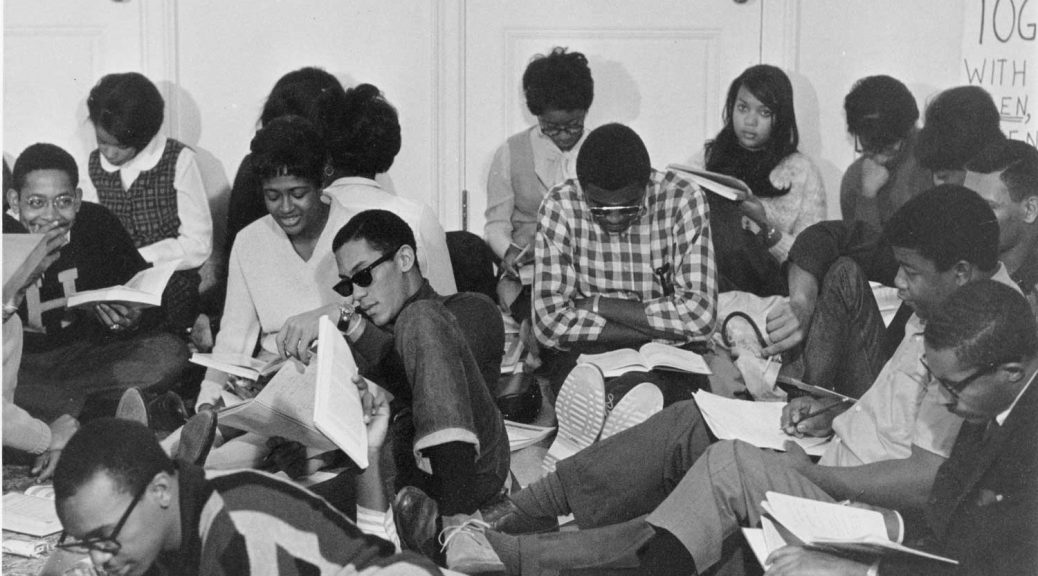 The Allen Building Study-In took place on November 13, 1967. The purpose was to protest the use of segregated facilities by Duke student organizations. One year earlier, the local chapter of the Duke Alumni Association had held a banquet honoring the football team at the all-white Hope Valley Country Club—thereby excluding the black players. Two hundred picketers protested the event. The Duke administration took no immediate action, and no prohibition was in place around the use of such facilities.

In September 1967, President Douglas Knight agreed to a policy that banned the use of such facilities by faculty and administrative groups, but did not require student groups to comply. In early November of that same year, the Associated Students of Duke University (ASDU, precursor to today’s DSG) conducted a student-wide referendum on a proposed ban on such facilities, but this motion was defeated. Frustrated with the lack of action by the student body and the administration, the students issued a statement and demands on November 10. They demanded that action be taken on the policy immediately.

With no immediate response from the administration, three days later a group of around 30 students entered the president’s office, staying for seven hours and blocking the entrance to Knight’s office. Reporters from radio stations and newspapers were also present to cover the event. Shortly after the conclusion of the protest, two major university committees recommended the passage of a complete ban on the use of segregated facilities. On November 17, just four days after the Study-In, Knight issued a statement in which he extended the existing policy to cover all student groups, in addition to faculty and staff groups.

Monday, November 13, 2017, will mark the fiftieth anniversary of this peaceful but powerful action by a small group of students. A small exhibit commemorating the Study-In is currently installed near the service desk of Perkins Library.

Symposium: Vesalius and the Languages of Anatomy
Women's Work in the Woods: Women Loggers During World War I
Motivation station: A look at workplace motivational posters from the 1920s