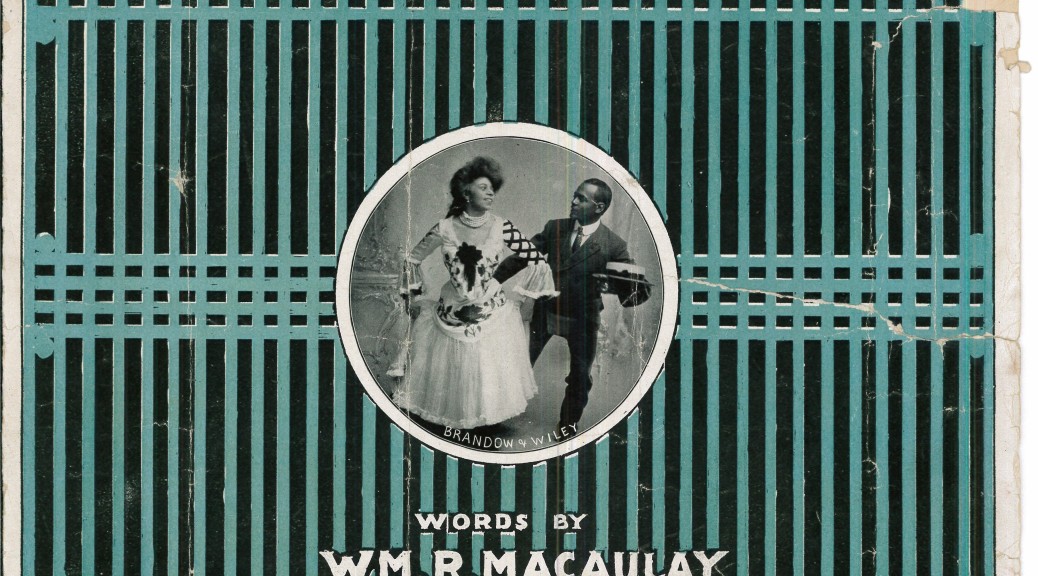 The Hartman Center is currently processing the Gary B. and Sandra G. Baden Collection of Print Advertisements, a collection of about 50 linear feet of print ads that cover primarily the first three quarters of the twentieth century. It is notable and was initially attractive to the Hartman Center for its early ads for automobiles, perfume and watches, but it also includes a wide range of corporate ads as well as some travel and tourism literature.

The Badens were avid collectors, and the collection also includes some non-advertising-related materials: issues of international magazines; direct mail materials; packaging; old maps; and some sheet music. There are about eight compositions from the early 1900s-1930s, including Stephen Foster, Irving Berlin as well as some tunes from the Ragtime/Minstrel/Vaudeville era. Of these, two items especially stand out. 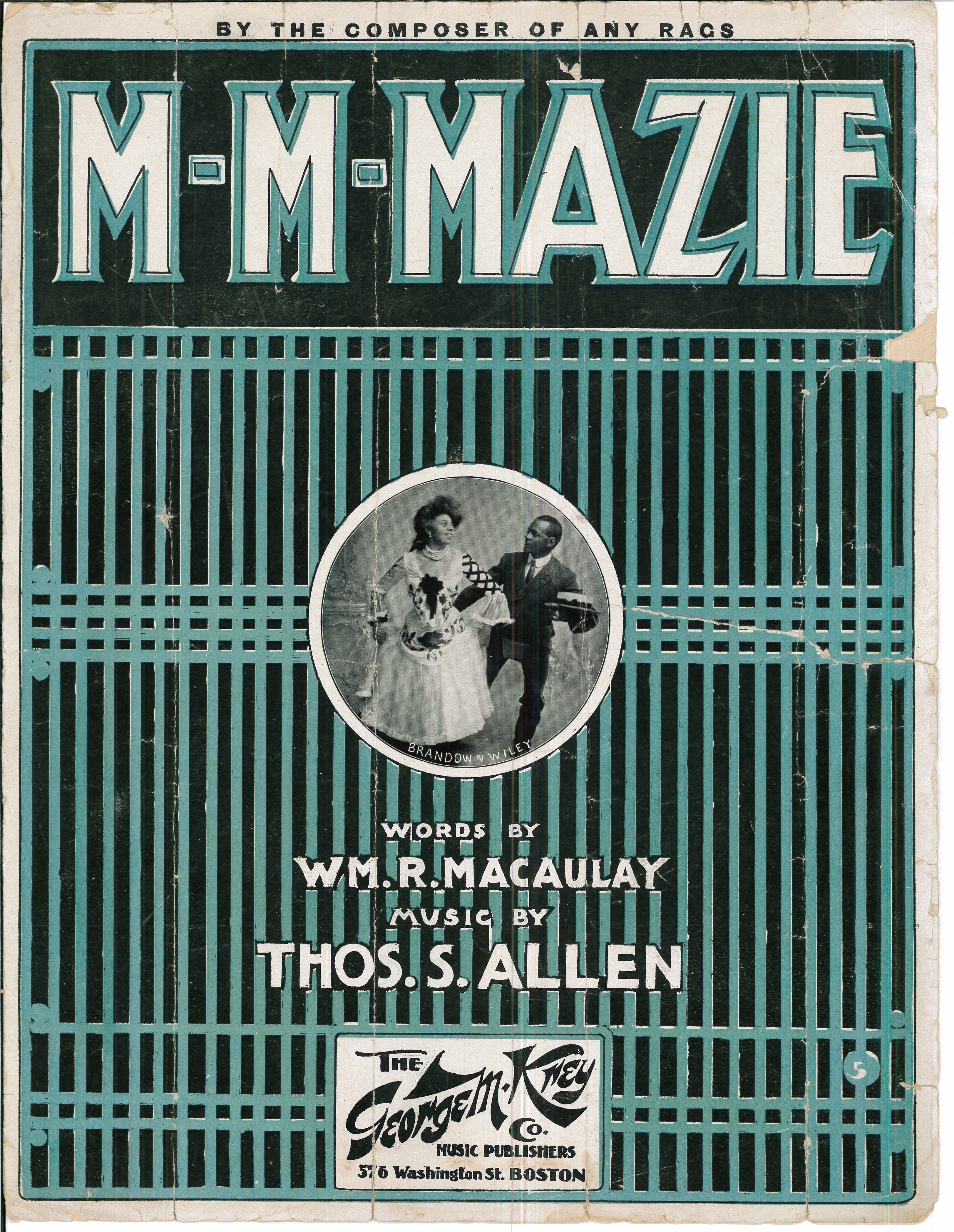 The first, a Thomas Allen/William Macauley ragtime tune entitled “M-M-Mazie” from 1904, is fairly well known, but this one has a seemingly rare cover. Most digitized versions, including one held by Duke, features a red cover with a photograph of pianist Joseph A. Callahan. The version found in the Baden collection features a blue cover with a photograph of the African American Vaudeville duo Brandow and Wiley. Brandow and Wiley were quite prominent in their day, one of the few black song-and-dance acts to star in the mainly white Keith-Orpheum circuit of theaters. Russell Brandow was an acrobatic dancer and a specialist in what was known as comedic “grotesque dance.” Stella Wiley was a singer and dancer who was previously married to the notable composer, producer and musician Bob Cole, credited with creating the first all-black musical production, “A Trip to Coontown” (1898), and a creative who worked to break down the minstrel-era racial stereotypes in theater. The history of African American vaudeville, minstrel shows and other performing arts in the early 20th century is still an emerging research field, so it is exciting to find a picture of this pair of performers.

As a side note, March was Disability Awareness Month, and “M-M-Mazie” regularly appears in scholarly work on the exploitation of speech impediments and other disabilities in popular cultural productions like songs and story narratives. The chorus goes “M’m M’m M’m Mazie My d’d d’d daisy You I adore; and everyday that passes by I love you m-m more and more.” 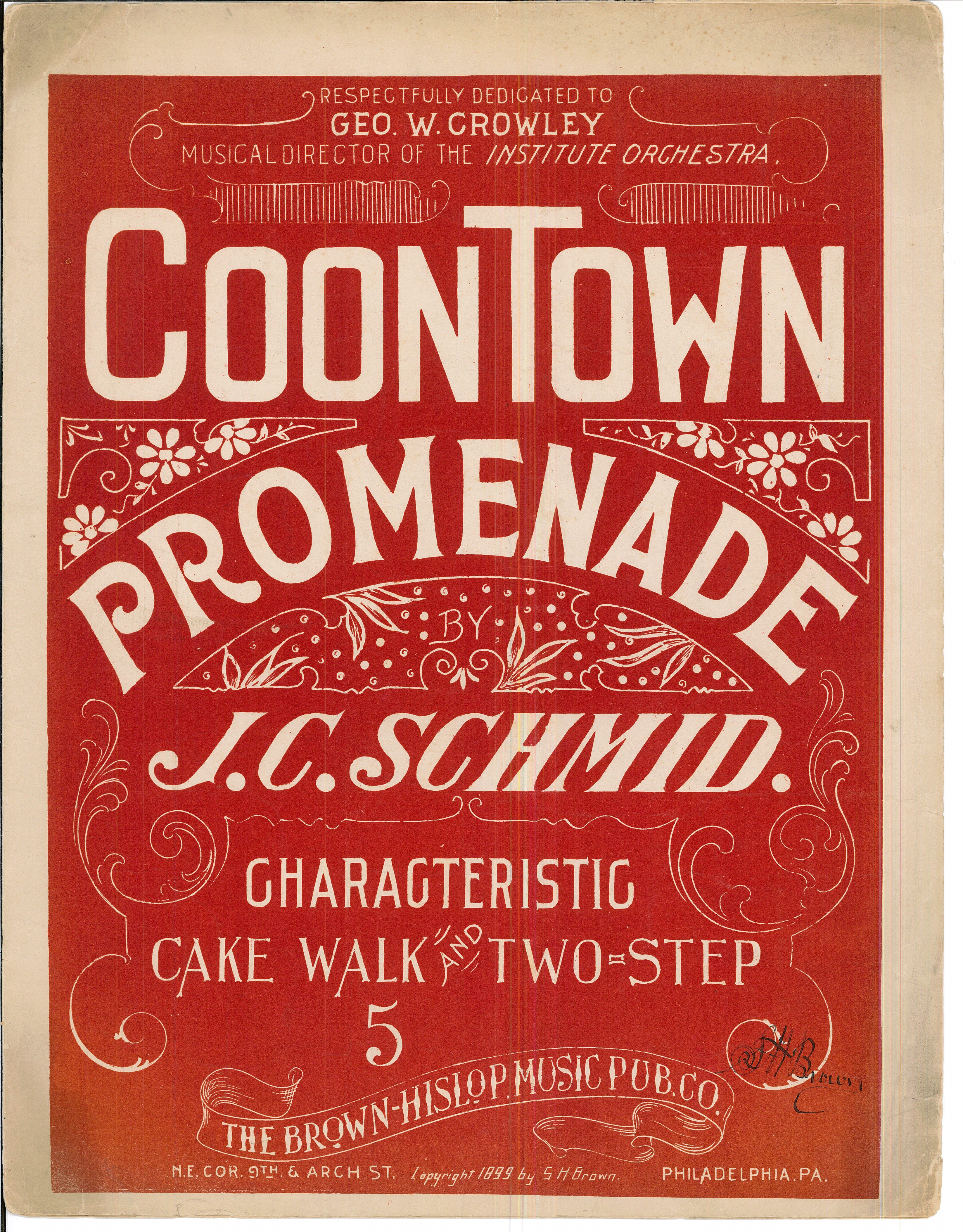 The second piece of sheet music poses a bit more of a mystery. It’s an 1899 piece entitled “Coontown Promenade” or alternatively, “Coontown or Loyola Minstrels Promenade,” a cake-walk and two-step composition. The composer, Johann Schmid, was quite prolific composer of popular music, with nearly 300 known compositions ranging from minstrel tunes to rags and schottisches, but very little is known of him as a person. “Coontown Promenade” does not seem to appear in any library holdings, digital sheet music collections or in the WorldCat database. It also does not appear in online databases of known compositions by Schmid, although it does appear in the register of U.S. copyright applications. The Loyola University Music Club did perform minstrels in the early 1900s but it is unclear whether this was among them.  A very exciting find in a very unexpected place.

An Artist Responds to Hurricane Katrina
Technology, Hope, and Motherhood: What We Can Learn from the History of the Infant Incubator
Identity Crisis