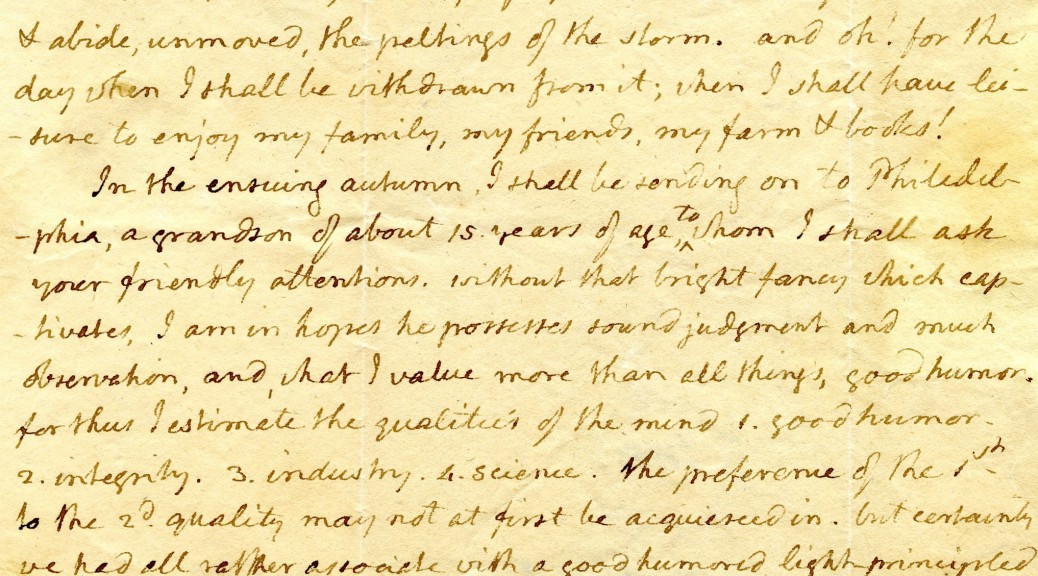 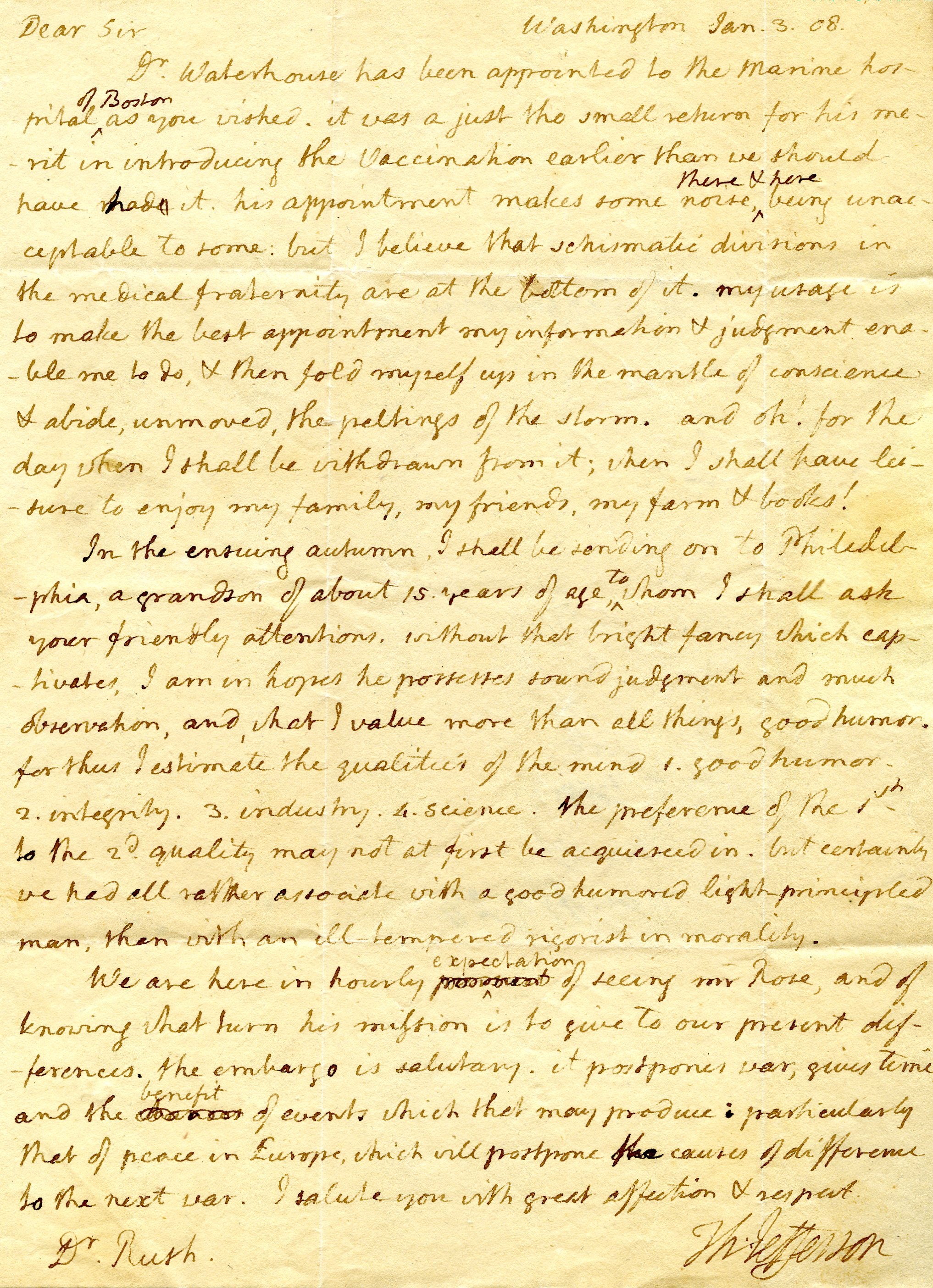 While processing the Benjamin Rush papers, which will soon be digitized and available online, Alice Poffinberger, Archivist/Original Cataloger, came across a letter from Thomas Jefferson to fellow Founding Father Dr. Benjamin Rush. The letter, dated January 3, 1808, requests that Rush grant Jefferson’s teenage grandson his “friendly attentions” when he moves to Philadelphia the coming autumn.  Though unnamed in the letter, the grandson in question is Thomas Jefferson Randolph, who attended the University of Pennsylvania from  1808 to 1809.

Stating that he is “without that bright fancy that captivates,” Jefferson hopes the fifteen-year-old “possesses sound judgment and much observation” in addition to the quality he values “more than all things, good humor.”  Jefferson goes on to list the qualities of the mind he appreciates as good humor, integrity, industry, and science. Following this list, he claims “The preference of the 1st to the 2nd quality may not at first be acquiesced in, but certainly we had all rather associate with a good humored light-principled man, than an ill-tempered rigorist in morality.”

Randolph would go on to serve six terms in the Virginia House of Delegates and manage his grandfather’s sizable debts as the sole executor of his estate.

Workshop - Books as Social Networks: Documenting the Role of Individuals in the Production and Consu...
The Center for Death Penalty Litigation records: the Practical and Intellectual Lessons of Archival ...
ASDU's Task Force on Black-White Relations