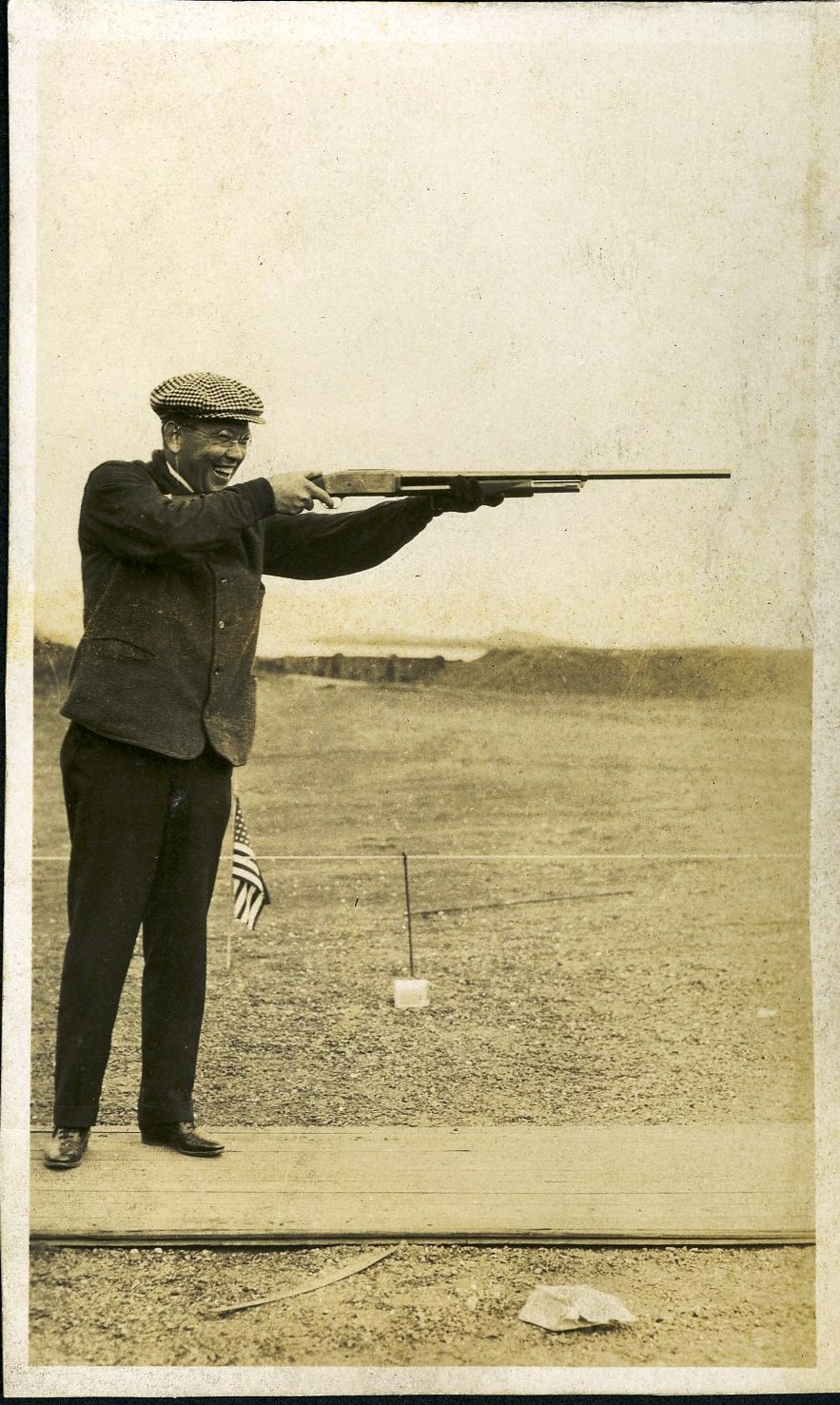 If you have a TV, you’ve probably been tuned in to the 2012 Olympic Games in London. In the first week of action, Duke coaches Mike Krzyzewski (basketball) and Drew Johansen (diving) led Team USA to impressive victories on the court and two medals in the pool.

But did you know that Duke’s tradition of Olympic coaching excellence dates back at least 100 years? George Leonidas Lyon, a Durham native and grandson of Washington Duke, coached the U.S. Trapshooting team to both team and individual gold medals in the Games of the V Olympiad held in Stockholm, Sweden in 1912. Lyon was a three-time trapshooting world champion and turned professional in 1910 under the sponsorship of the Remington Arms Company. Because of his professional status, Lyon could not compete in the 1912 Olympic Games, but he coached the U.S. Trapshooting team to victory by a considerable margin over Great Britain and Germany.

In addition to his celebrated shooting career, Lyon was an influential figure in the Durham business community, which earned him the nickname “Chief Bull Durham.”  He reportedly owned the first automobile in Durham. Despite his business acumen, Lyon continued shooting professionally until he contracted tuberculosis in 1916 at age 35 and died after a short convalescence in Albuquerque, New Mexico. Upon his death, Sporting Life, a prominent Philadelphia newspaper, recognized Lyon as “one of the greatest trap shooters that ever stepped to the firing line.”  A special trapshooting cartridge, the George Lyon Load, was named after him and in 1976 Lyon was inducted into the Trapshooting Hall of Fame in Vandalia, Ohio.

The Rubenstein Library’s George Leonidas Lyon Papers document Lyon’s career as a professional marksman, along with his relationship to the Duke family and Durham.

Post contributed by Noah Huffman, Archivist for Metadata and Encoding in the Technical Services Dept.