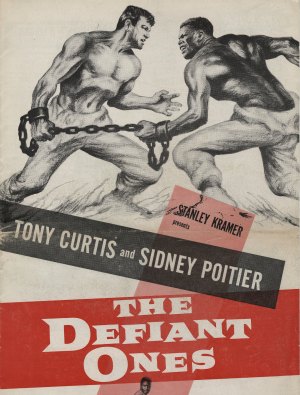 African Americans have had a long and rather complex history in the American motion picture industry. The exhibit “From Blackface to Blaxploitation: Representations of African Americans in Film” seeks to explore the ways in which “Blackness” has been portrayed in films during the 20th century.

This exhibit features selected items from two collections in the Rubenstein Library’s John Hope Franklin Research Center for African and African-American History and Culture: the African Americans in Film Collection and the Thomas Cripps Film Collection. If you can’t make it to the Library, an online exhibit is also available (with added bonuses!).

To celebrate, we’ve created a poll to determine the best tagline from the films featured in the exhibit.  Vote for your favorite below!