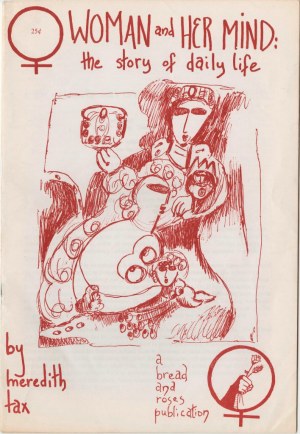 Meredith Tax, writer and political activist since the late 1960s, has founded or co-founded a series of feminist and social justice organizations starting with Bread and Roses, an early socialist-feminist group in Boston. Her 1970 essay, “Woman and Her Mind: The Story of Everyday Life,” is considered a foundational text of the U.S. women’s liberation movement. “Acting Across Borders” will focus on the main questions Tax explored in this essay and throughout her work as a feminist: race, class, and internationalism.

This fifth symposium of the Sallie Bingham Center for Women’s History and Culture will feature notable feminist activists, writers, and scholars:

Free and open to the public.  Co-sponsored by the Office of the President, the Office of the Provost, the  Dean of Arts and Sciences, Duke University Libraries, African and African American Studies, Franklin Humanities Institute, the Program in Women’s Studies,  the Women’s Center, David M.  Rubenstein Rare Book & Manuscript Library, and the Sallie Bingham Center for Women’s History and Culture. Part of the Future of the Feminist 70s series hosted by the Program in Women’s Studies.

"'As Far as Possible from Forgetfulness': The Trinity College Historical Society"
Oct. 25th: Race, Medicine, Authorship and the "Discovery" of Sickle Cell Disease in 1910-1911
Lecture: The History and Legacy of Ivory Anatomical Manikins