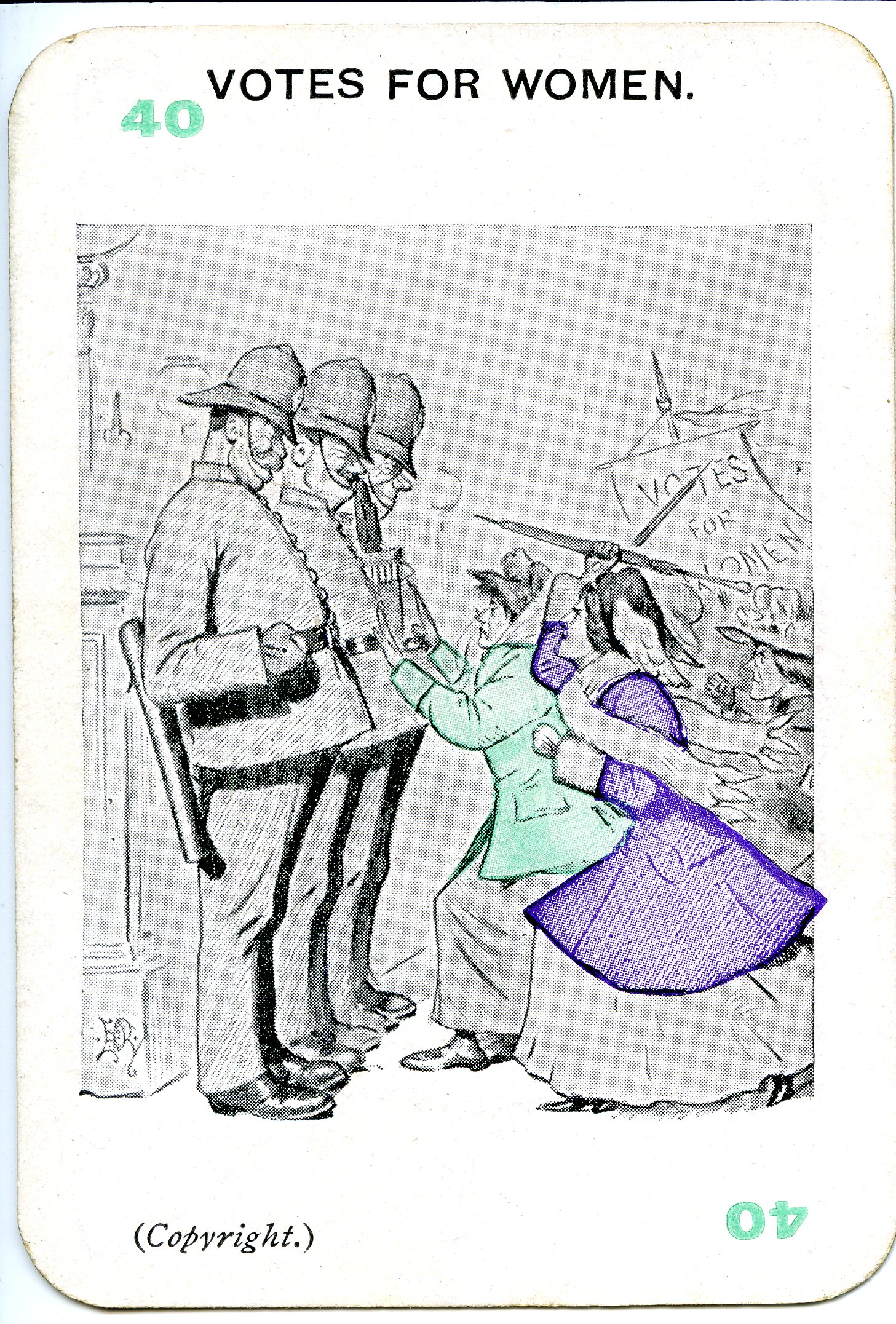 When you hear the word “Panko,” do you think of Japanese bread crumbs?

I did, until the Sallie Bingham Center acquired this deck of Panko playing cards. It’s named for the leader of the British suffrage movement, Emmeline Pankhurst  (1858-1928), and pits opponents and supporters of suffrage against each other in a game similar to rummy. The advertisement for the game claimed, “Not only is each picture in itself an interesting memento, but the game produces intense excitement without the slightest taint of bitterness.”

This translation of the women’s suffrage movement into card games, and also board games, helped bring the message of the cause into domestic circles where more overt forms of propaganda might not have been welcomed. These cards were designed by the well-known Punch cartoonist E. T. Reed, and published by Peter Gurney in 1909.

These particular playing cards are owned by only three other libraries and are an important, rare piece of suffragette memorabilia that joins a number of other decks of cards held by the Bingham Center that explore issues related to women and gender. Check out the Panko catalog record here!