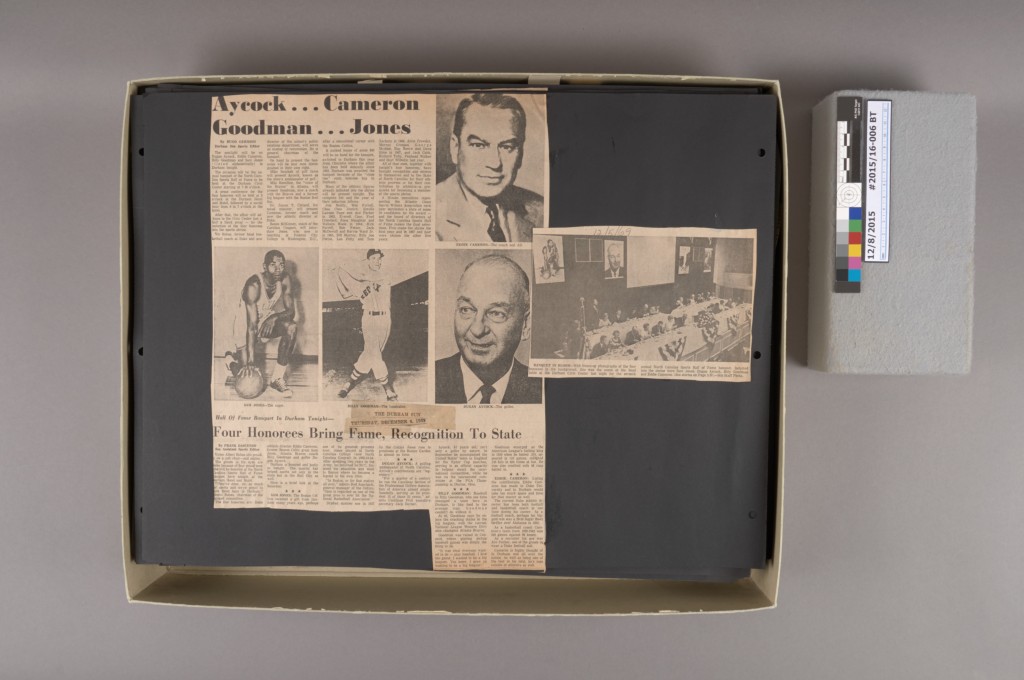 It’s been a while since we talked about the renovation project, mostly because of this. But yesterday I was working on a short video to explain how to make a “burrito” and was reflecting on why and how these came to be.

Our renovation project came at us fast due to a major gift that allowed us to accelerate the renovation schedule. We had just over a year to plan and move the special collections stacks to make way for demolition. That is not a lot of time to move an entire library of rare, valuable and decidedly fragile materials.

The library approached us with a problem. Many of the older flat archival boxes were too large for their contents. Staff were concerned that moving these off site would cause damage when the objects shifted around inside the boxes. Could we come up with a low cost, low tech, fast, anyone-can-do-it solution?

We sat down as a lab to brainstorm ideas. There was no way to pay for and manufacture hundreds of corrugated-board spacers for all of the boxes we needed to move off site. After a lot of thought, we developed “the burrito.”

These are made of  buffered 10-point folder stock and tissue paper. They are non-adhesive, easy to make, fast and just about anyone could make them. We pre-cut the folder stock to the standard box sizes and trained the Rubenstein staff to make the burritos.

These are meant to be a temporary solution. However, I’ve seen some of these boxes come back and I have to say they are working pretty well. They aren’t as sturdy as a corrugated spacer, and some of them aren’t quite the right size for the space they were meant to fill, but for the most part they are doing what they were designed to do. I think it is a solution that works, and could be a good one for small institutions and organizations who may not have a lot of resources, or for anyone faced with a mountain of boxes that need spacers in a hurry.

What do you think? Have you come up with a solution like this that you want to share?