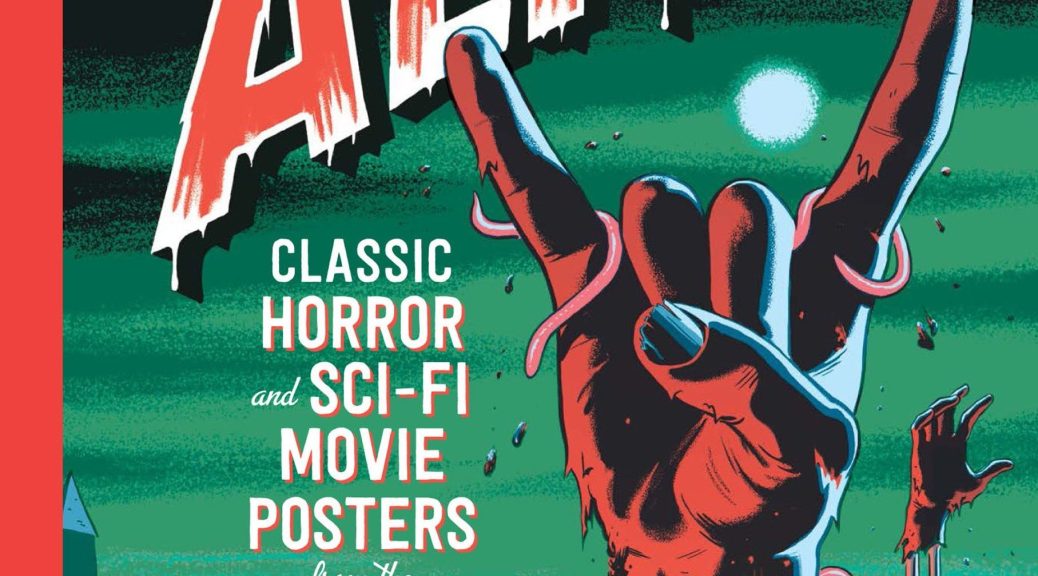 A hallowed tradition at Lilly is shining our collection spotlight on  seasonal films and readings to reveal treasures hidden in our collections. For Halloween in 2022, a thirst for 1970s and 80s type horror film is all the rage.  Dare to visit the Lilly Library Lobby to discover films and books that will haunt you!

What is it about Horror – Films

When gathering the frightful films featured, we asked Stephen C., the Duke Libraries’ Team Lead for Western Languages in Monographic Acquisitions  for suggestions. Because of Stephen’s knowledge and interest in film, we invited him to curate (and order) new titles to give our horror collection a jolt! Enjoy Stephen’s latest batch of  horror-ful Halloween picks just waiting for you below:

Death Screams
A slow-burn slasher filmed in and around Shelby, NC in 1982. It’s the last night of the local carnival and a maniac with a machete is picking off the local teens. A low-budget marvel full of regional charm (Red Bridges Barbecue Lodge anyone?) with some of the best extended small-Southern-town fair/carnival footage ever.

Mutations
Like an update on Tod Browning’s Freaks  crossed with an unfunny Little Shop of Horrors, this British production from 1974 features Donald Pleasence as a mad scientist turning his victims into plant-infused monsters. Featuring a cast of sideshow performers; including Kenly, NC native Esther Blackmon, the alligator-skin woman (who also appeared in The Sentinel)

Mystics in Bali
Indonesian supernatural horror from 1981 that is guaranteed to be one of the weirdest things you’ll ever see! The plot concerns an American woman named Cathy who ventures to Bali to learn about black magic but is soon a floating vampiric head with trailing organs/entrails under the control of a witch called the Queen of the Leák. And it only gets more odd from there!

Alison’s Birthday Any movie that begins with teens using a Ouija board is nearly guaranteed to portend evil befalling the cast and this 1981 horror from Down Under is no exception. Alison’s 19th birthday is upcoming and a wicked ritual is in the works for her that will transfer her soul to a crone. Acquired on the original VHS for extra experience enhancement.

Pieces  A sick 1983 Spanish piece of chainsawsploitation from director Juan Piquer Simón. Filmed in Madrid but supposed to be set on a Boston college campus, this sordid tale tells of a madman sawing up co-eds for his own ghastly ends. If you can somehow survive the duration you’ll be “rewarded” with a shocker of an ending!

Films and their descriptions curated by Stephen Conrad. For other windows into our horror collection, check out Stephen’s previous posts: 5 Titles: Horror from African American Directors  and Scary Movies for a Horror-ful Halloween.

What is it about Horror – Books

Is it alive? Perhaps! Your appetite for  the horror film genre may be alive, so also check out our collection spotlight books to satisfy.  Explore horror films around the world, and learn about their creators and audiences.  Classic movie posters,  graphic novels, analysis of the use of music, and film criticism compel you, yes, compel you to read them.

Giallo! : genre, modernity, and detection in Italian horror cinemas
Taking their name from the Italian for yellow– reflecting the covers of pulp crime novels–these genre movies were principally produced between 1960 and the late 1970s.
These cinematic hybrids of crime, horror, and detection are characterized by elaborate set-piece murders, lurid aesthetics, and experimental soundtracks.

Jordan Peele’s Get out : political horror
This  collection of sixteen essays is devoted to exploring Get Out’s roots in the horror tradition and its complex and timely commentary on twenty-first-century US race relations.

Scored to death 2 : more conversations with some of horror’s greatest composers
Scored to Death 2 collects 16 brand-new, info-packed, terrifyingly entertaining interviews with renowned composers who have provided the music for some of horrors most revered films, film franchises, and TV shows, including Get Out, Us, Martin, Re-Animator, The Walking Dead, Puppet Master, Saw, Creepshow, Day of the Dead, A Nightmare on Elm Street 4: The Dream Master, Evil Dead, Army of Darkness, Dark Shadows, Burnt Offerings, The Terminator, The Serpent and the Rainbow, Ring, Killer Klowns from Outer Space, Audition, Ghoulies, Happy Death Day, It Follows, Gretel & Hansel, and many more!

Queer horror film and television : sexuality and masculinity at the margins
Moving from the margins to the mainstream, via the application of psychoanalytic theory, critical and cultural interpretation, interviews with key directors and close readings of classic, cult and modern horror, this book will be invaluable to students and researchers of gender and sexuality in horror film and television