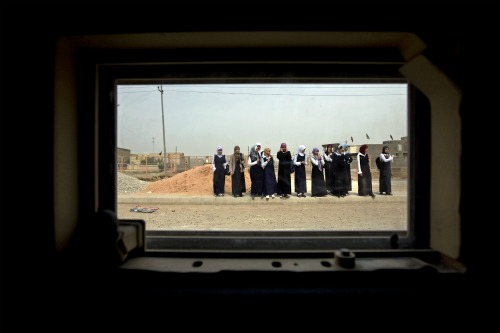 Join the staff of the Archive of Documentary Arts and the Center for Documentary Studies for an opening reception for our new exhibit, “Iraq | Perspectives: Photographs by Benjamin Lowy.”

Lowy’s powerful and arresting color photographs taken through Humvee windows and military-issue night vision goggles capture the desolation of a war-ravaged Iraq as well as the tension and anxiety of both U.S. soldiers and Iraqi civilians. For more details about the exhibit, on display through December 11th in the Rubenstein Library Gallery, visit this blog post or view the online exhibit.