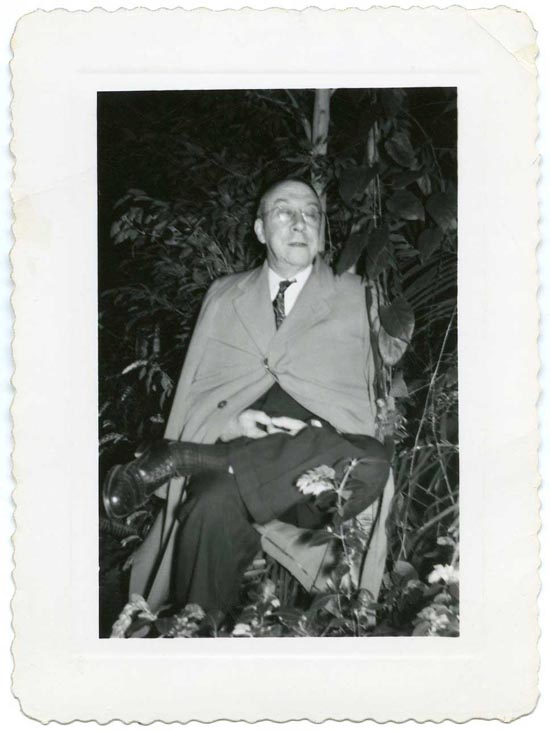 I was looking through the May 1944 issue of Duke’s Divinity School Bulletin when I came across a brief article about a Bo tree (Ficus religiosa) presented to the Divinity School in honor of then-Ivey Professor of the History of Religion and Missions James Cannon III. (He’d later serve as the Divinity School’s dean from 1951 to 1958.)

You’ve possibly heard the tradition that Gautama Buddha was sitting beneath a tree when he attained Enlightenment. That tree was a Bo, or Bodhi, tree, and it is, as a result, sacred to Buddhists.

Professor Cannon’s Bo tree had its own august history, as the article relates:

The Cannon Bo-tree is descended from the Bo-tree planted at the ruined city of Anuradhapura, near Kandy, in Ceylon. In the year 288 B.C., King Asoka of India sent a shoot from the parent tree to Ceylon. To this day the tree is worshiped by throngs of pilgrims. In 1929 an American tourist obtained a shoot from the Ceylon Bo-tree, planted it on his Florida estate, and several months ago presented a shoot to Duke.

We found snapshots of Professor Cannon with his Bo tree in his papers. He looks very serene, doesn’t he? A note from the back of one of the snapshot states that his “topcoat is supposed to represent Buddha’s ‘yellow robe.'”

We’re not certain of the current whereabouts of Duke’s Bo tree. Do you have any information about it?