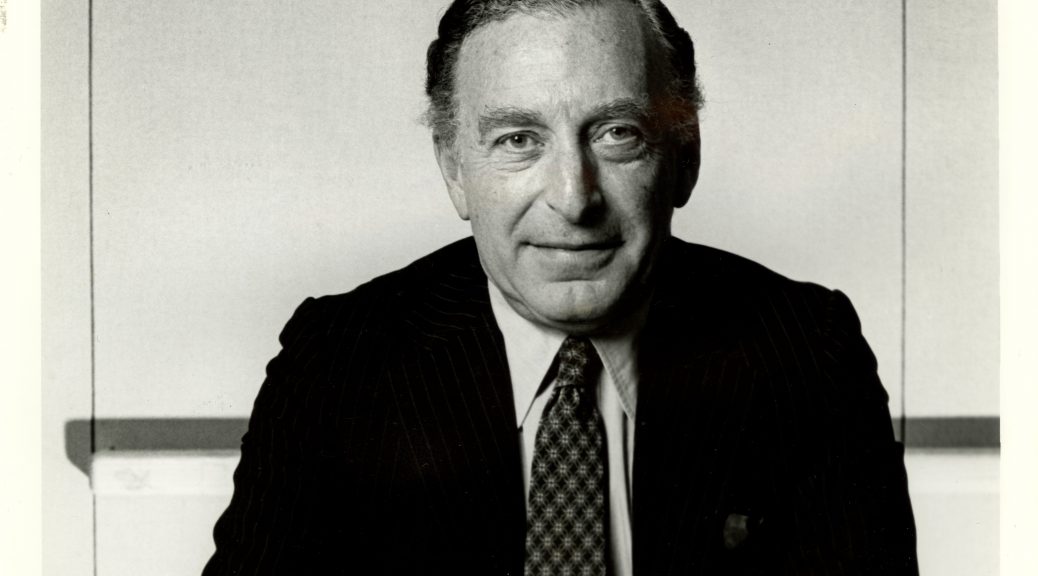 The Rubenstein Library mourns the loss of Carl Spielvogel, advertising executive, diplomat, and donor, who died April 21st.  He started his long career at the NY Times and was their six day a week advertising columnist from 1957-60.  His successful column caught the eye of many folks on Madison Avenue, but Marion Harper hired him for public relations at the ad agency McCann-Erickson in 1960, which led to a long career with that agency and its future parent company, Interpublic, where he ultimately became vice-chairman.  He left Interpublic in 1979 and soon after partnered with Bill Backer to found a new ad agency, Backer Spielvogel.  Against all odds the startup agency quickly took off with several big clients, including Miller beer, for whom the agency coined the slogan “It’s Miller Time,” and “everything you ever wanted in a beer … and less” for its product Miller Lite.  The new agency succeeded in taking large accounts away from other agencies, but maintained its small agency advantages of flexibility and personal service.  He retired from the agency he helped found in 1994 and undertook other ventures as chairman and chief executive of United Auto Group, and later found Carl Spielvogel Enterprises, a global investment and marketing company. President Bill Clinton appointed him ambassador to Slovakia from 2000 to 2001.  A lifelong New Yorker, Spielvogel also served as board member for many corporate, civic and cultural institutions. The Rubenstein Library’s Hartman Center for Sales, Advertising & Marketing History has the papers of Carl Spielvogel, including an oral history conducted with him in 2013.