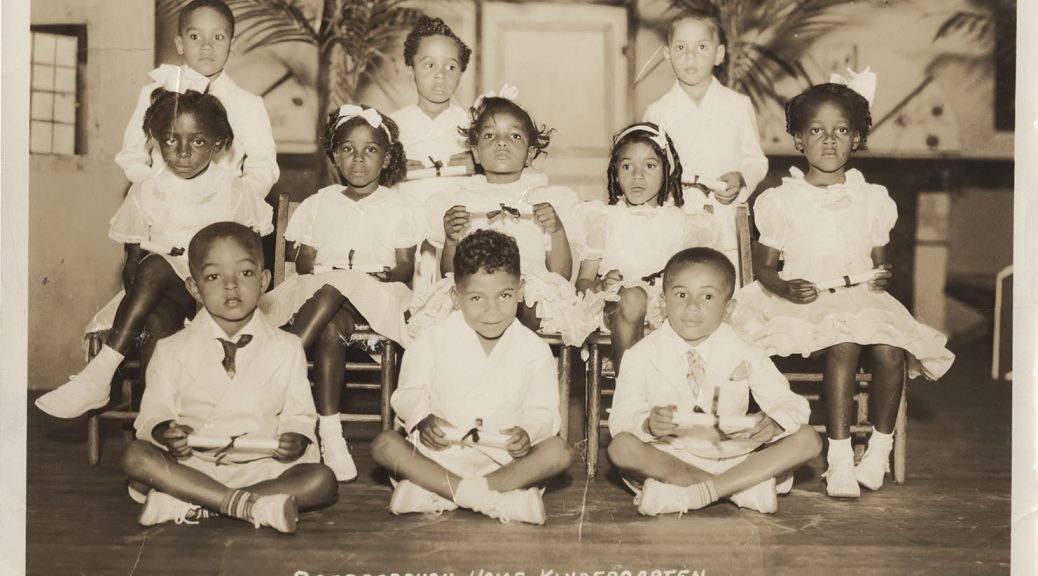 Born in 1899, Clydie Fullwood Scarborough was a native of Opelika, AL, and the daughter of former slaves who had no formal education. After studying chemistry and education at Talladega College, Clydie, moved to Durham upon graduation and received a position at Hillside High School to teach science and history. Her marriage to John C. Scarborough, owner of Scarborough Funeral Home and a leader among Durham’s African American businessmen, further immersed her in the affairs and interests of Durham’s African American community.

In 1925, John Scarborough purchased the old Lincoln Hospital building with plans to open a day care home for young children, many of whom resided in the African American community of Hayti. Scarborough felt a deep charitable need to provide better health conditions and care in his community. The home served infants, preschoolers, and school-age children, and Clydie served as one of the key caregivers in the early days of the home.

The creation of the Scarborough Nursery Home allowed Mrs. Scarborough to resume her career as an educator. In 1932 she became executive director of the home and instituted kindergarten facilities. By 1938, she was pressing for the home’s expansion and formal licensing by the North Carolina Department of Social Services. Through the 1940s, she found additional support for the school through federal funding and foundation entities including the United Way. The home became known as the Scarborough Nursery School, Inc.

Under her 50 years of leadership, the school would nurture generations of Durham’s youth in their formative years while providing working families with reliable child care. Mrs. Scarborough’s dedication to service also extended far beyond her work with the school. She was a member of the YWCA, Durham Committee of Negro Affairs, NAACP, North Carolina Association for the Education of Young Children, and the Women-in-Action for the Prevention of Violence and its Causes Inc.

Now over 90 years old, Scarborough Nursery School, Inc. continues its mission today. It is the oldest licensed nursery school in the state of North Carolina. The Clydie F. Scarborough Papers are available for research in the David M. Rubenstein Rare Book & Manuscript Library at Duke.