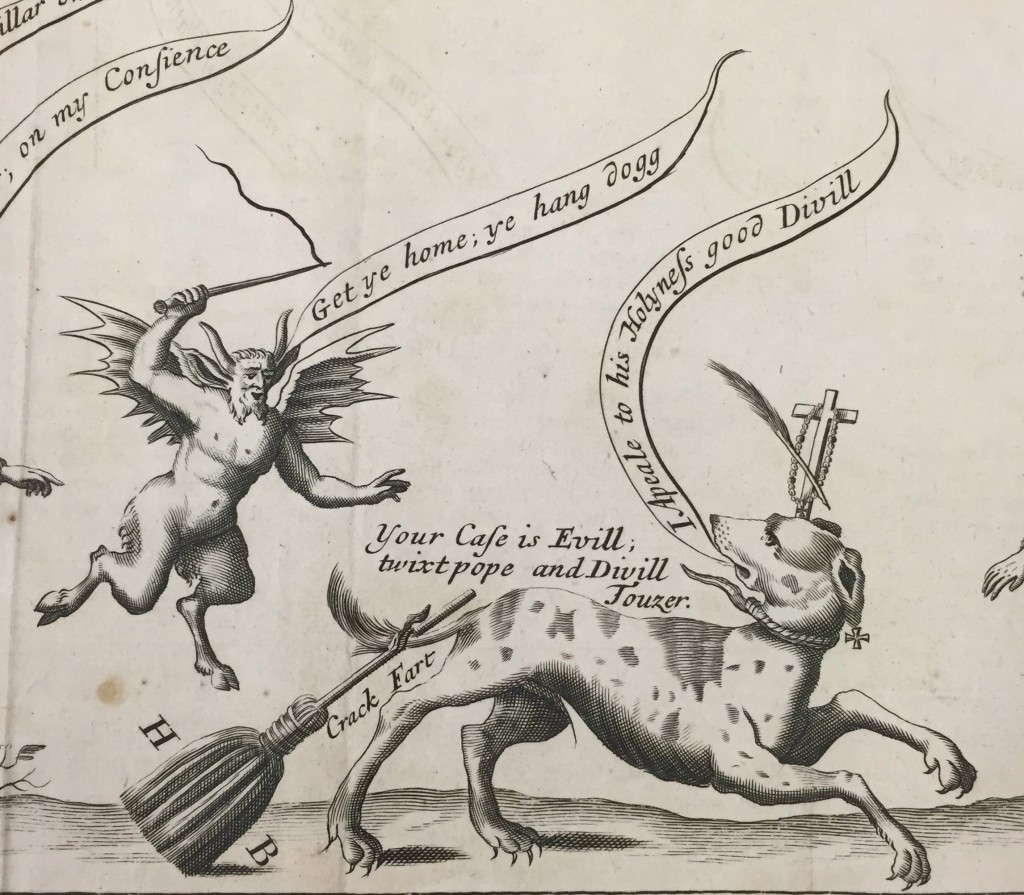 Last week a rather strange and amusing item came in for rehousing, prompting me to do a little research about its origin. This satirical engraving by Stephen College, fittingly titled Strange’s Case, Strangely Altered, was printed in 1680. The dog represents Robert L’Estrange, an English pamphleteer, fleeing the gallows from his alleged involvement in the “Popish Plot“. “Crack-Fart” is one of the many names given to L’Estrange.  The British Museum has digitized their copy, which includes extensive contemporary annotations on the characters involved. Ironically, the printer was hanged and quartered for sedition a year later, while L’Estrange returned and was knighted in 1685 for helping to discredit the plot.