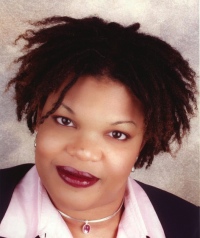 Editor’s Note: In 1983 Alice Walker won both the Pulitzer Prize and National Book Award for The Color Purple.

I have a fetish for books. In fact, if I were forced to spend the remainder of my life in a single location, I would hope that it would be a bookstore or a library. One with a good coffee bar would be nice, but not necessary. After all, when I walk into Barnes and Noble and pause to take a deep breath, it is not the scent of coffee that tickles my brain. And there is no coffee to account for the rush of ecstasy that I get when I cross the threshold of my local library. I buy books like many women buy clothes—impulsively, compulsively, and sometimes secretly. It has been three years since I bought shoes. But three specially ordered books arrived on my doorstep just today.

I love books so much that when my husband and I were house-hunting seven years ago, there was one feature about our house that sealed the deal for me—the twenty-foot span of blank wall, unobstructed by windows and doors, in the bonus room upstairs. The perfect spot for the built-in bookshelves to house the library that I had been collecting since graduating from college.

As it turns out, one of the first books that I bought for my collection was Alice Walker’s The Color Purple. Only ten years old when the book debuted twenty-five years ago, I first read it during high school. Since my love of books began at an early age (in elementary school I was given special permission for an increased weekly book allowance from the school librarian), by middle school, I had long outgrown books for kids my age and had worked through a fair amount of adult mysteries, romance novels, and classic fiction. Around ninth grade, I decided to concentrate on reading as many books by African American authors as I could. Alice Walker, Toni Morrison, Gloria Naylor, Maya Angelou, Ntozake Shange, Langston Hughes, and Nikki Giovanni were some of my early favorites.

Of course, being so young, I did not really appreciate the profound subtleties that these authors wove through their texts. The Color Purple was no different. I read it because it was on my mental must-read list. And when I bought it a decade later, it was only because it was on my mental what-every-personal-library-must-have list. For years it sat on the bookshelf untouched, ostensibly for the sake of the still-future offspring whom I hoped would eventually read it. Indeed, like many people, the film version had filled my remembrance and understanding of the text. Fortunately, having recently learned the joy and benefits of repeated reading, I decided it was time to revisit The Color Purple.

The first few pages had a familiar ring. “Dear God,” starts each of Celie’s letters as she begins to describe being raped by her father, torn apart from her ensuing children, and sent to be the live-in maid, nanny, and concubine of a man whom she knew only as “Mr.” It is to God whom Celie describes her anguish at losing her sister, her fascination with the nightclub singer who is her husband’s mistress, her grief over her daughter-in-law’s arrest and imprisonment, and her murderous rage upon discovering that her husband had concealed years of letters from her sister.

I am sure that as a teenaged girl growing up in a household that was suffering the impact of an intergenerational legacy of trauma and abuse, I connected quite well with Celie’s feeling that God was the only one with whom she could share her innermost thoughts and feelings. Most likely, I noticed God’s deafening, enraging silence in response to her despair. And I probably lamented her turn from God even as I celebrated her growing into herself. 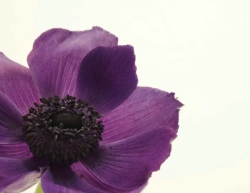 But that is where the familiarity ended. This was a new story. As a teenager, I had identified most strongly with Celie. Now, two decades later, I am more keenly aware of the transformation taking place in each of the major characters and relationships: Alfred’s evolution from an abusive patriarch to a friend of women; Sofia’s journey from quick-tempered and combative through fearful and submissive to candid and caring; Shug’s learning to desire and appreciate what she has. By the end of the text, even Eleanor Jane seems to be changing, evidencing a growing awareness of, and at least temporary repentance for, her white privilege.

As an adolescent, I understood The Color Purple to be a story about pain and, ultimately, triumph. But as an adult who has gone through her own process of healing and who is nearing mid-life (God willing), this becomes a new story. It is an allegory of forgiveness and reconciliation, a story about a group of people—Albert, Shug, Harpo, Sofia, Nettie, and Mary Agnes—learning to be, to love, and to celebrate themselves as authentic human being. It is the story of people who learn to resist the forces of racial and gender oppression that have shaped their notions of who they are and how they are to behave in relationship to others. It is the story of people who realize that while they live in a world that oppresses blackness and femaleness, they are not required to be willing participants in the cycle of victimization.

And ultimately, it is a story about finding and being reconciled with God. Because Celie does not really turn away from God. Rather, she turns to the only place where she has seen God’s presence—her relationship with her sister Nettie. And it is this relationship that carries her through the journey of healing as she finds her way back to God.

Yet in the very newness of the story is another tinge of familiarity. To be sure, there are many aspects of Walker’s masterpiece that I certainly did not understand and probably did not even notice as a teenager. But now, in retrospect, I am certain that the book planted a seed that has shaped the direction and course of my journey towards authentic being. Reading the book anew is like coming home, re-discovering part of my journey that had been forgotten but that explains much of who I have become. It feels like this must have been a formative text. Perhaps it was the fateful encounter that took a girl from a patriarchal, Baptist, southern African American family and set her en route to becoming a womanist/feminist scholar, LGBT-ally, and preacher with a passion for reconciliation ministry.

At least, I think that is the story that I am going to tell. It is, after all, a new story.

Toni Morrison. The Bluest Eye; with a new afterword by the author. New York: Knopf, 2000.

3 thoughts on “The Color Purple: A New Story for a Familiar Reader”