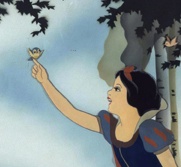 From childhood, James Arthur Wood Jr. collected original cartoon art and then became an editorial cartoonist himself. He eventually donated his collection of over 36,000 original cartoon drawings to the Library of Congress. From that collection, 102 drawings reflecting Wood’s primary interests, including political illustrations, animation, and comic strips, have been chosen for this online exhibition. Among the many gems is a very fine crayon and ink political cartoon by Bill Maudlin that depicts Nikita Khrushchev berating a group of artists.

U.S. Congress Votes Database
http://projects.washingtonpost.com/congress/
With the momentum for the 2008 elections already building, this database created by the Washington Post encourages voters to learn more about their current legislators. The database draws on a variety of authoritative sources to provide a wealth of information, including voting and attendance records, financial disclosure statements, action on key votes, and roles in Congress. The site is updated daily. 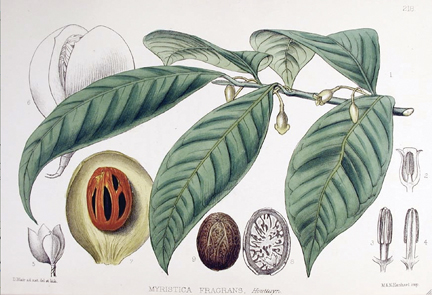 Since the first known use of spices 7,000 years ago in the Middle East, they have been employed for embalming, as ingredients in incense, as aphrodisiacs and medicine, and as flavorings for food. This informative Web site, created by the History and Special Collections Section of the Louise M. Darling Biomedical Library at UCLA, offers general facts about spices, including their sources and various uses, and a timeline. In addition, a separate page for each spice gives more details and a photograph of the processed and unprocessed form of the spice as well as a colored drawing of the plant and its parts from Bentley’s Medicinal Plants.

AskPhilosophers
http://www.amherst.edu/askphilosophers/
Have you ever wondered, “How long is forever?” or “What is the meaning of life?” To learn what philosophers have to say about these and many other topics, visit the “AskPhilosophers” Web site, where the dictum is “You ask. Philosophers answer.” A visitor to the site can ask a question, and if it hasn’t been answered in detail already, one of the participating scholar philosophers from around the world will respond fully in a few days. Visitors to the site can also browse previously answered questions through a subject list.

Thanks to the Internet Scout Project (Copyright Internet Scout Project, 1994-2007. http://scout.cs.wisc.edu/) for identifying all sites except for the spices site, which was recommended by Danette Pachtner, film, video, and digital media librarian at Duke. If you would like to recommend a Web site for inclusion in a future issue of Duke University Libraries, contact Joline Ezzell at joline.ezzell@duke.edu.