The 5 Titles series highlights books, music, and films in the library’s collection featuring topics related to diversity, equity, inclusion, and/or highlighting the work of authors from diverse backgrounds. Each post is intended to provide a brief sampling of titles rather than a comprehensive overview of the topic. This month, the five titles have been selected by Librarian for Sociology and Cultural Anthropology Linda Daniel. Linda is also the head of the Social Sciences Section within the Libraries’ RIS department.

These five titles highlight women anthropologists who have masterfully navigated these challenges and write about economic sovereignty, nationalism and nation building, urban communities, and everyday life faced by Native Americans. While differing in format and focus, they each provide a deeper understanding of the histories of these Native American cultures and how they are evolving. 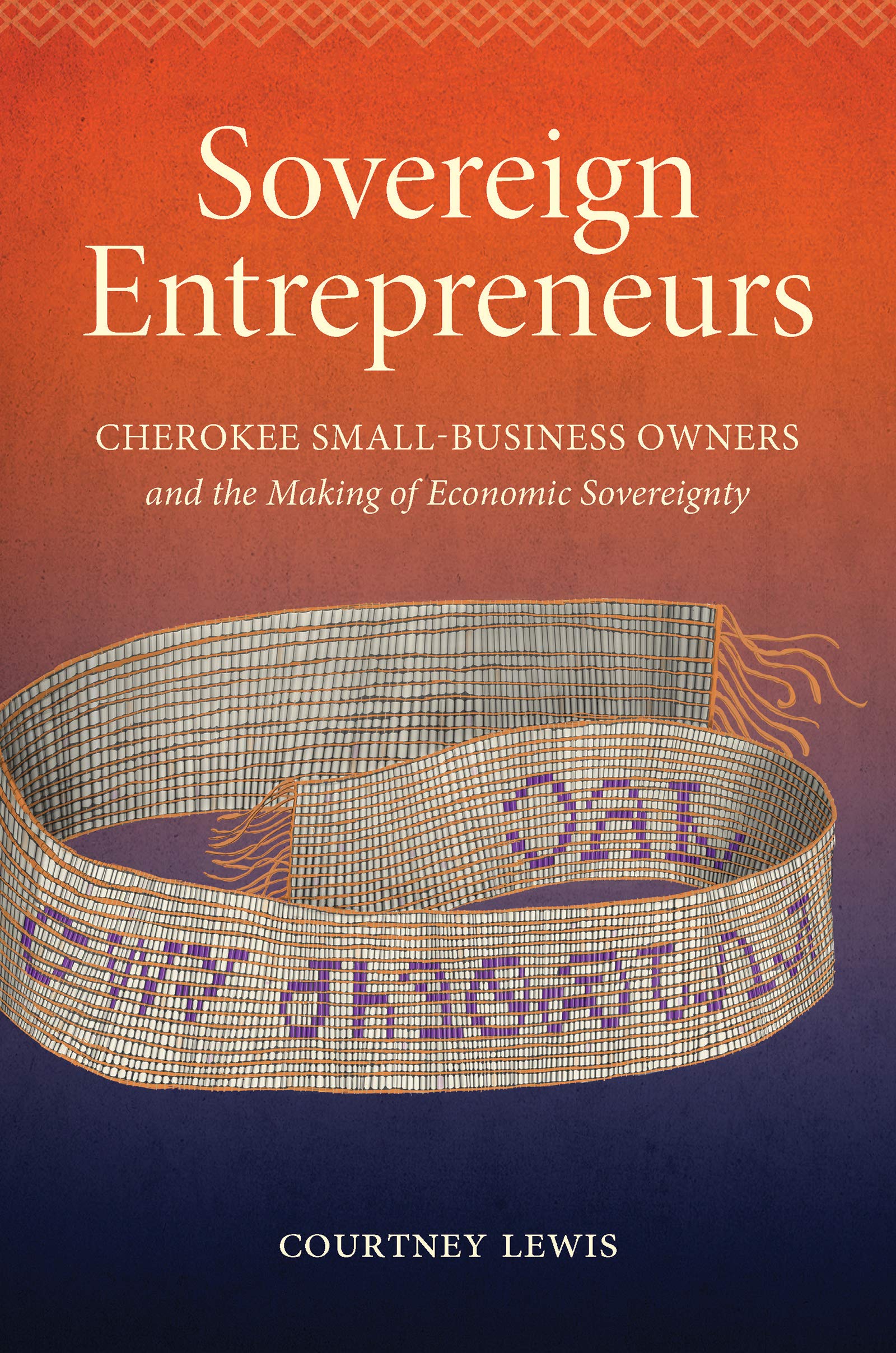 Sovereign Entrepreneurs: Cherokee Small-Business Owners and the Making of Economic Sovereignty by Courtney Lewis (2019). Lewis’s research tells the compelling story of how skilled Native American small business owners thrived through the Great Recession and economic downturn of 2009. Her work follows the personal experiences of contemporary Eastern Band business owners, located on the Qualla Boundary, homeland to the Eastern Band of the Cherokee. This ethnographic study provides stories, like that of Charla’s and Zena’s “Cherokee by Design” enterprise, that reveal the importance of their support networks and the difficulties that these American Indian small-business owners encounter as they work to remain financially stable. Lewis’s research reveals situations specific to Native Nations and Native American business owners. She focuses on economic sovereignty and self-determination as a way that these small businesses can reduce their precarious economic situations and support their community’s economic stability. In doing so, this demonstration of indigenous agency shows how these small businesses can provide their nation with cultural, economic, and political strength. 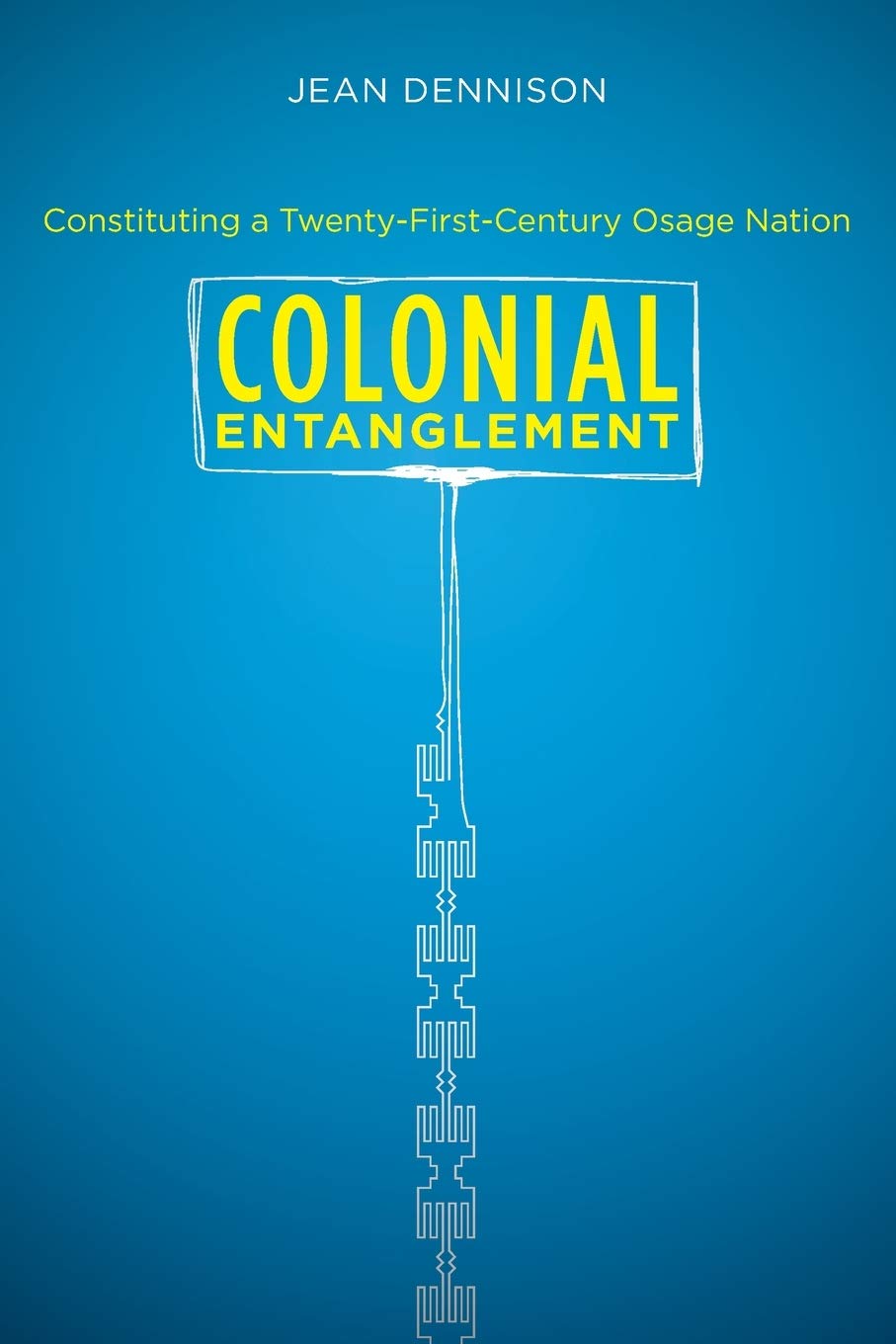 Colonial Entanglement: Constituting a Twenty First-Century Osage Nation by Jean Dennison (2012). Dennison, noted Osage anthropologist, focuses on the 2004-2006 constitutional reform process in the Osage Nation of Oklahoma and writes about the debates that ensued about biology, culture, natural resources, and sovereignty. It’s a fascinating account of the tension between the colonial entanglements of the Osage and their nationhood, and how indigenous sovereignty and self-determination offer a framework to understand how positive action can emerge out of Osage history that doesn’t mirror its colonial oppression. Dennison provides the reader with clear historical context for the entanglements, discusses what should determine citizenship for the Osage, and whether traditional patterns of governance should influence current policies. Dennison’s ethnographic research provides a compelling account of how indigenous sovereignty, history, identity, and politics interacted in this governmental reform of the Osage nation. 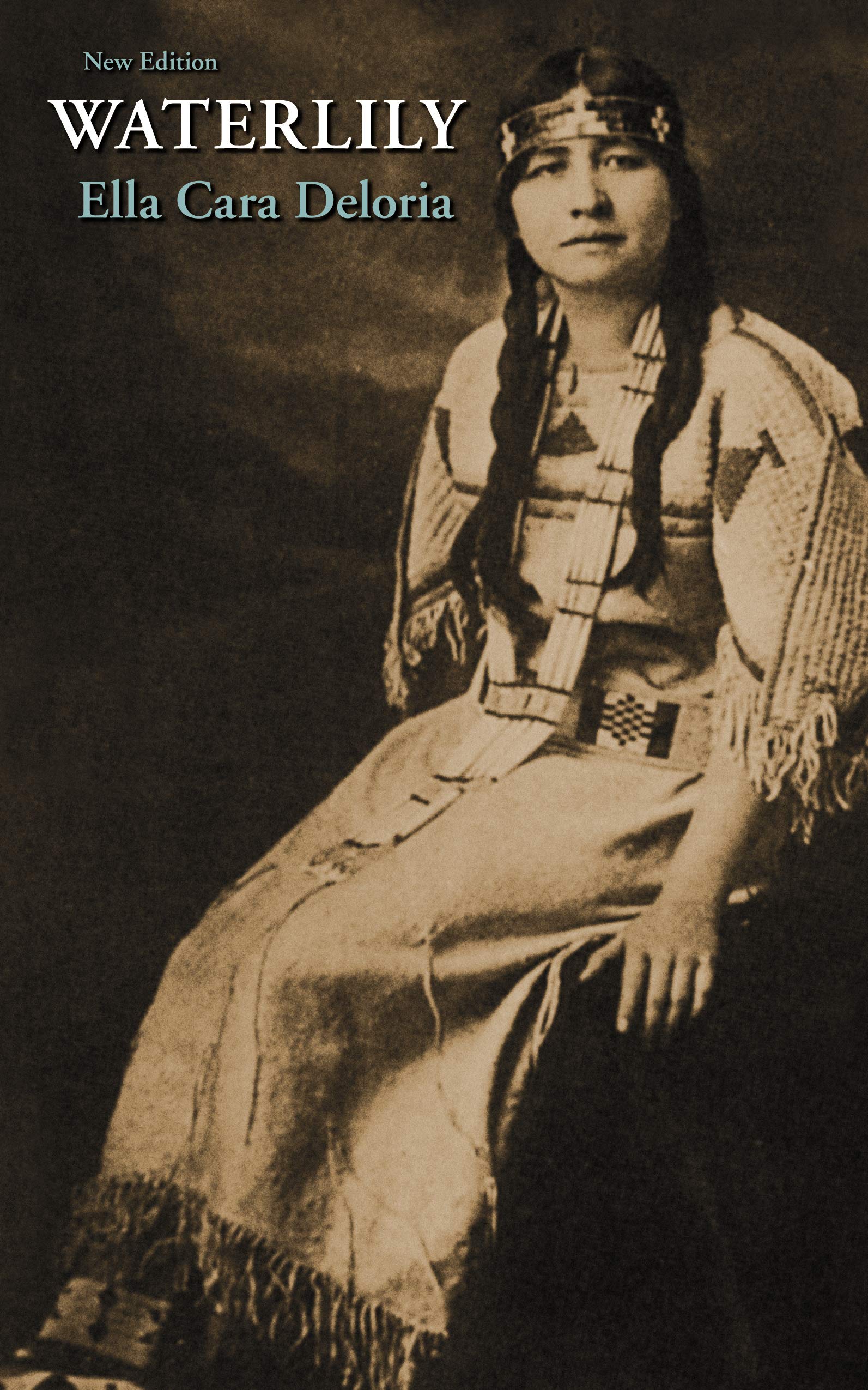 Waterlily by Ella Cara Deloria (1988). Deloria, born in 1889 on the Yankton Sioux Reservation in South Dakota, was a specialist in American Indian ethnology and linguistics. Her work resulted in several books: Dakota Texts, Dakota Grammar, and Speaking of Indians. By the 1940s, Deloria was considered a leading authority on Sioux culture and language. Waterlily gives a portrait of 19th-century Sioux life and is unique as it is told from women’s perspectives. The story focuses on Waterlily, her mother, and her grandmother and provides a view of Sioux social life – the kinship system, the structure of society, and its daily responsibilities. The writing is based upon the ethnographic materials Deloria gathered over years of scholarly work. Deloria chose to write this work as narrative fiction as she wanted to share this culture with a wide audience. It provides an important personal record of the complexities and richness of Sioux life. 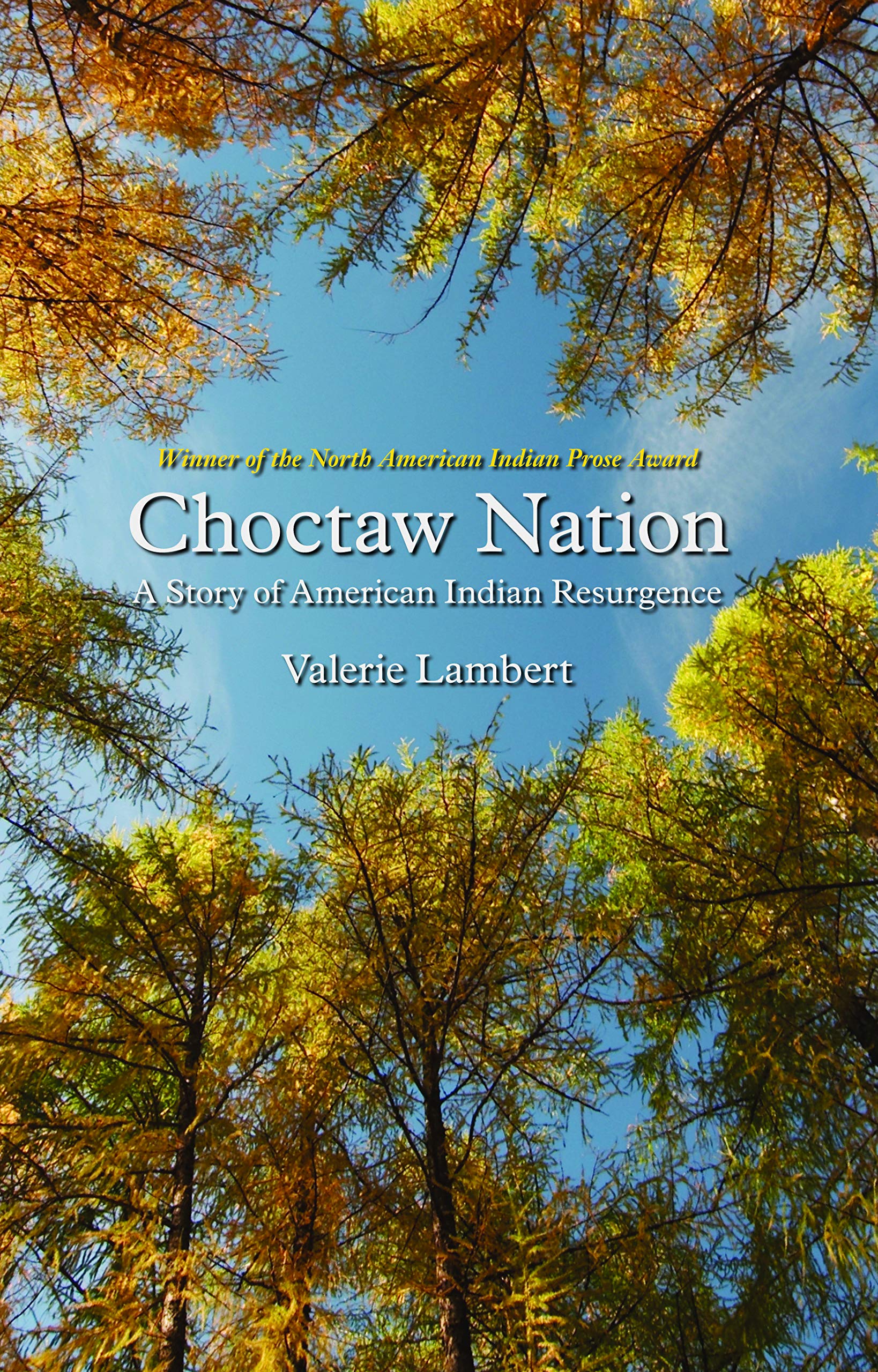 Choctaw Nation: A Story of American Indian Resurgence by Valerie Lambert (2007). Lambert documents one of the most important eras in the history of the Choctaw Nation – the building of a new order with the 1983 ratification of the tribe’s constitution. She places this creation of tribal nation building in the context of her tribe’s history, the economic and political implications of the tribe’s location in southeastern Oklahoma, and the unique personalities of the leaders involved in this movement. Each of these elements influenced the rebuilding of Choctaw nationalism. Lambert’s ethnographic analysis examines specific events to reveal the rearrangement of power in the new order and the importance of tribal sovereignty. She describes the tribal election of a Choctaw chief to expose the diverse ideas of citizenship that define the tribe. She explores the building of a small, rural tribal economic development project to understand the links between Choctaws, non-Indians in the community, and the local tribal government. She analyzes the 2001 water-rights claim that the Choctaws own all the water in southeastern Oklahoma to document the conflicts between the tribal government, the US government, and the Oklahoma state government. These events show how the Choctaw have negotiated their sovereign rights and built new political structures that reflect their tribal identity and empowerment. 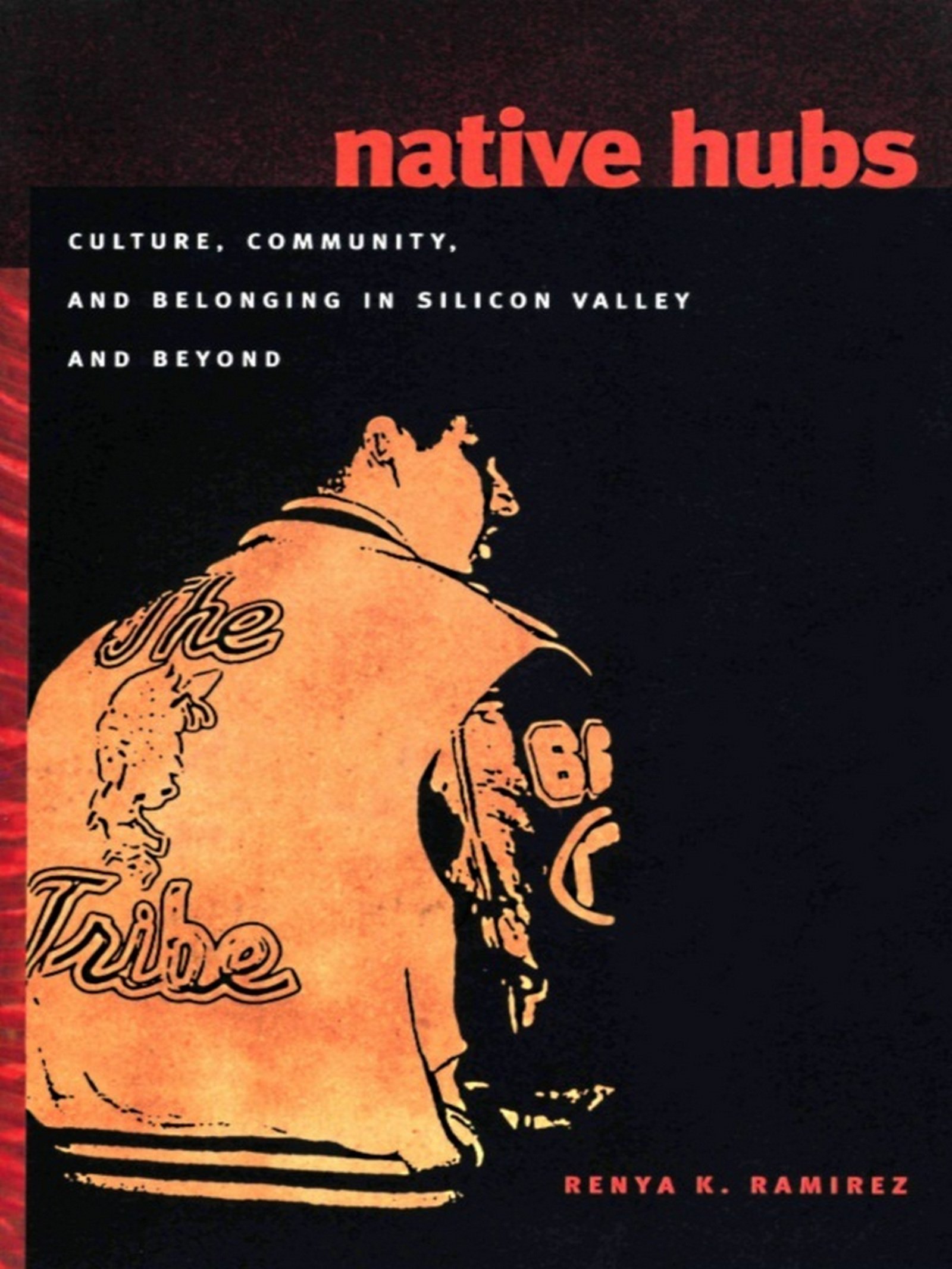 Native Hubs: Culture, Community, and Belonging in Silicon Valley and Beyond by Renya K. Ramirez (2007). Ramirez’s ethnographic work focuses on indigenous people who live in urban areas, specifically in the San Francisco Bay area, where thousands of Native Americans were federally relocated since the 1950s. This research has significance as the US census shows that the majority of Native Americans now live in cities. Ramirez focuses on female interviews in her book as a response to writings about Native Americans that have kept women’s voices silent and to demonstrate the importance of their full membership in discussions about tribal sovereignty and nationalism. Ramirez uses the concept of “hubs,” geographic and psychological sites that bring people together, to show how identities of indigenous people can be created and sustained in locations apart from their tribal homelands. These hubs allow Native Americans to maintain a connection between their urban and tribal homes, provide a sense of belonging, and may increase political power. Ramirez’s work reinforces the concept of unity of tribal communities that span across geographic distances as a way to strengthen identity.