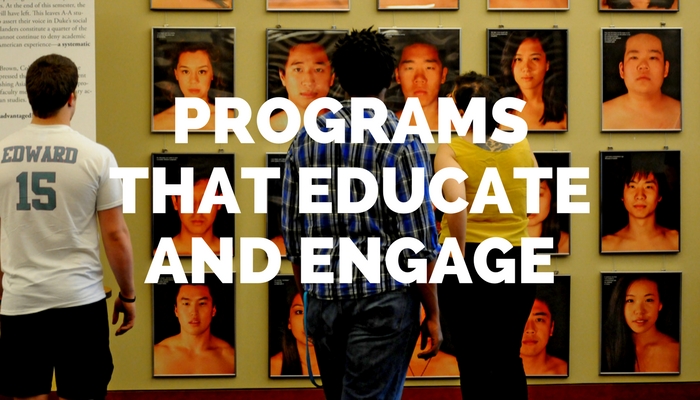 The Duke University Libraries are the intellectual and social center of the university. Every year, we host dozens of public events, including workshops, exhibits, book talks, film screenings, symposia, music performances, award ceremonies, and other programs that foster conversation between the academic community and the general public. Expanding public programming ensures that the Libraries are not only sanctuaries of quiet study and scholarly discovery, but also places of inspiration, conversation, and delight. Here are just a few highlights of public programs that have been made possible thanks to philanthropic support.

In the 1960s, young activists from the Student Nonviolent Coordinating Committee (SNCC) united with local communities in the Deep South to build a grassroots movement for change.  Fifty years later, the SNCC Legacy Project has come together with the Duke University Libraries and the Center for Documentary Studies to launch two documentary websites that tell the story of these activists. 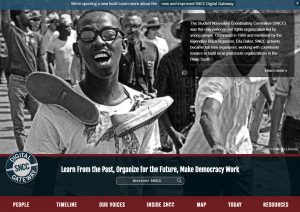 Thanks to a grant from the Andrew W. Mellon Foundation, undergraduate and graduate students at Duke, along with archivists, historians, and veterans of SNCC, built the One Person, One Vote website (onevotesncc.org), which launched in March 2016. The site uses the experiences of individuals to tell the story of voting rights, weaving together the accounts of the movement with digitized primary sources.

One Person, One Vote was the pilot initiative of a larger collaboration between Duke University and the SNCC Legacy Project. A new documentary website, the SNCC Digital Gateway (snccdigital.org), takes a detailed look at how SNCC organized African American communities to take control of their political and economic lives.

Courtland Cox, chairman of the SNCC Legacy Project, served as an organizer in Mississippi and Alabama in the 1960s. “Our experiences have created a level of information wealth that we need to pass on to young people,” he said. “This unprecedented collaboration with Duke University hopefully will pilot a way for other academic institutions to re-engage history and those who make it.”

Example of Impact: Behind the Glass: The Duke University Libraries Exhibits Program

Effective exhibits are easy to enjoy and appreciate, but they are anything but easy to produce. A lot of behind-the-scenes work goes into every exhibit you see at the library. 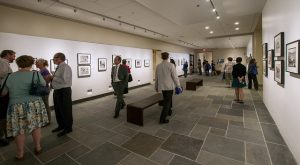 Established in 2010 with support from the E. Rhodes and Leona B. Carpenter Foundation, the Duke University Libraries exhibits program works to reflect the activities, scholarship, ideas, and culture of Duke and display it for the public to share and explore. Exhibits in the Libraries not only showcase materials from our collections, but also offer students the opportunity to learn how to present their own work in interesting and thought-provoking ways.

Meg Brown, the Carpenter Exhibits Librarian, often goes to great lengths to ensure that our exhibits support the work of the Duke community. “Exhibits play an important role in the education and outreach mission of the Libraries,” she says. “They also showcase the breadth and diversity of what a great library system like Duke’s has to offer.”

Since the reopening of the Rubenstein Library in 2015, the exhibits program has been able to stretch its wings in the new gallery spaces. About fifty visitors per day stop by the Mary Duke Biddle Room, the Trent History of Medicine Room, and the Michael and Karen Stone Gallery. Hundreds more walk through the Photography Gallery and the Chappell Family Gallery as they enter the Libraries, experiencing whatever is on display. All of our exhibits are free and open to the public. 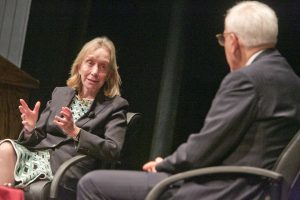 William B. Weaver was a 1972 Duke graduate and a founding member of our Library Advisory Board. After Bill died in 2000, his wife Beth endowed the Weaver Memorial Lecture series as a way of keeping his memory alive at the institution he loved. The lecture is hosted every other year, and it brings some of today’s most engaging authors and personalities to campus.

Over the years, Weaver Lecture speakers have included such celebrated authors as Barbara Kingsolver, Oliver Sacks, Dave Eggers, Siddhartha Mukherjee and, most recently, presidential historian Doris Kearns Goodwin, who spoke in a public conversation with David M. Rubenstein, chair of the Duke University Board of Trustees, in 2015.

The next Weaver Lecture will take place in fall 2017.