“Old age isn’t for sissies,” Bette Davis once said. She wasn’t talking about antiquarian books, but she could have been. Many of the oldest, most significant works of history and literature require careful conservation treatments in order to stand the test of time.

That’s why we recently launched a new Adopt-a-Book Program. Library materials are put up for “adoption” based on their value, risk, and use, and donations to the program ensure that they are carefully preserved and maintained.

The Adopt-a-Book Program is a great way to honor someone special or commemorate an important event, such as a birthday or graduation. An electronic bookplate with the name of the donor or honoree is added to the item’s catalog record, and they are also listed on the library website as a contributor. Gifts to the program help keep library materials available for current and future faculty, scholars, and students.

Here’s a sampling of adoptable (and adopted) titles in the Duke University Libraries. 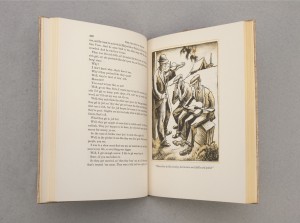 Grapes of Wrath (1939)
By John Steinbeck

A classic of American literature, Steinbeck’s masterpiece brought attention to the plight of migrant farmers during the Dust Bowl and made a stinging critique of the ruthlessness of American capitalism. This first edition is in fair condition, but the original dust jacket needs repair and the book needs a custom-made enclosure to protect it from further damage. 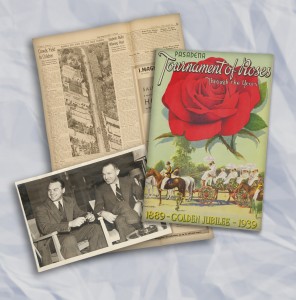 Eddie Cameron’s career as a football and basketball coach at Duke is legendary. His legacy lives on, not only in the roars of Cameron Indoor Stadium, but also in the contents of these scrapbooks, which document his illustrious career. The scrapbooks contain newspaper clippings, photographs, and ephemera from years of successful coaching, including some related to the Rose Bowl in 1942 and the Sugar Bowl in 1945. The bindings are brittle and in need of repair, along with some of the contents. 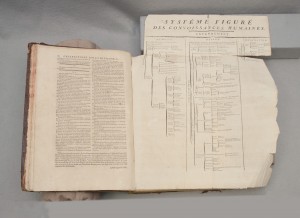 Diderot’s encyclopedia was the Internet of its day—an attempt to embody all of the world’s knowledge and disseminate it throughout society, changing and improving humanity. It was the ultimate embodiment of Enlightenment thinking. This complete set includes seventy volumes of text, illustrations, and supplements. Each volume requires a custom enclosure for protection, along with minor repairs to the text and fold-outs. 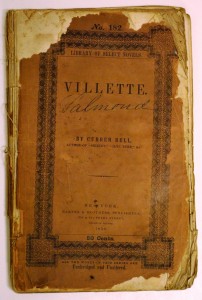 Villette is arguably Bronte’s most refined and emotionally powerful novel, featuring a complex and vivid heroine. This first edition is in urgent need of conservation, with loose stitching, many tears, and damaged covers. 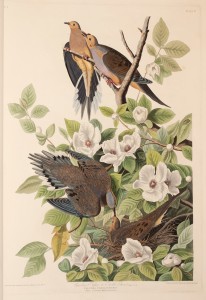 A work of both art and science, Audubon’s Birds of America is one of history’s most iconic books. The pages of these double elephant folios stretch forty inches tall, each printed with Audubon’s vivid, life-sized illustrations. This rare, complete four-volume set was printed serially between 1827 and 1838. Three of the four volumes are in need of full conservation attention, including repairing damaged stitching and replacing the boards.

These titles have recently been adopted and will undergo much-needed conservation treatments. To learn more, visit our Adopt-a-Book Program website.

The Catcher in the Rye (1951)
By J. D. Salinger
This first edition of Salinger’s rebellious coming-of-age tale is in good condition. However, in order to ensure that it remains so, the book needs a custom-made box for protection. These enclosures help to protect delicate volumes from wear and light exposure, while allowing the book to remain in circulation.

New Testament Gospel Lectionary
This manuscript was published in Venice sometime during the seventeenth century by the Eastern Orthodox Church. It contains excerpts of scripture used in liturgy, a calendar of Holy Days organized by month, and tables for incipits of the Gospels and Apostles.

Stephen Fuller Papers
Fuller (1716-1808) was a British iron manufacturer and colonial agent for Jamaica. His papers and correspondence cover a wide range of topics, including trade, the Wilberforce abolition movement in England, English politics, and the Anglo-French war of 1793.

Poems on Various Subjects, Religious and Moral (1773)
By Phillis Wheatley
An important book by almost any definition, Wheatley’s Poems is the first book published by an African American—not to mention the first by a slave and only the third by an American woman. Duke owns a precious first edition signed by the author herself. The boards need to be reattached, and a custom enclosure is needed to help protect the book.