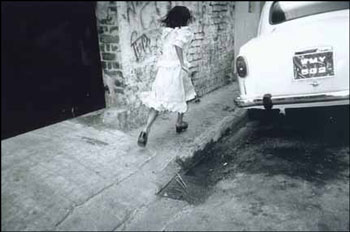 Born into Brothels, directed by Zana Briski and Ross Kauffman, won the 2004 Full Frame Audience Award and was Best Documentary Feature at the 77th Academy Awards.

In the ten years since the founding of the Full Frame Documentary Film Festival, this organization has exhibited the most important contemporary documentaries from America and abroad. It has also created signature film series made up of new and vintage works which explored themes that have contributed to community discourse and have gone on to become hallmarks of international film exhibition. As documentaries play a vital role as witness and effectively comment on all aspects of society, the sum total of these works serves as an essential historical record of the last ten years. They reveal turbulent, changing times, a complex and powerful decade of events that have both shocked and inspired those who lived through them.

When the Full Frame Documentary Film Festival began in 1998 as the DoubleTake Documentary Film Festival, it changed Durham, North Carolina’s cultural landscape forever. During that first festival, a total of forty-five films were screened in three cinemas at Durham’s historic Carolina Theater. Three prizes were awarded to individual filmmakers for new documentaries and Albert Maysles and Michael Apted, pioneers of documentary filmmaking, were honored for lifetime achievement. Within a few years the Festival had made Durham a mecca for documentary filmmakers and film lovers from around the world. 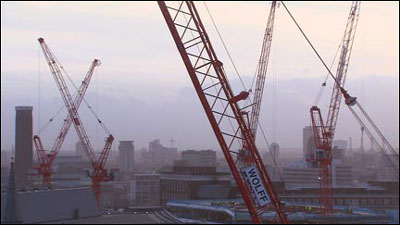 Now, more than a decade later, close to one hundred films are screened every April during the four-day Festival and between ten and twelve prizes are awarded for new documentaries made by both U.S. (including several from NC) and international filmmakers. The Festival also continues to present career awards to established filmmakers who have made significant contributions to the documentary arts.

As the Festival’s reputation grew, so did the appreciation of documentary film as a unique record of the social, cultural, political, and economic realities experienced by people around the world. In recognition of the genre’s significance, the Full Frame Festival and the Duke University Libraries entered into a partnership in 2007 to create the Full Frame Archive. The Libraries agreed to acquire, archive, and preserve copies of the Festival’s award-winning films at the Archive of Documentary Arts in the Rare Book, Manuscript, and Special Collections Library. 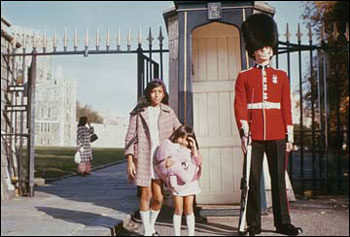 The Full Frame Archive is one of only a few collections in the nation dedicated to preserving award-winning documentary films, which are a unique resource for interdisciplinary research. The Archive staff creates preservation masters of each film and houses them in the Library’s secure, climate-controlled storage facility. DVD copies of the films are made available at the Special Collections Library to Duke students and faculty and the larger scholarly community for teaching and research.

With over one hundred award winning films currently in the Full Frame Archive’s collection and at least eight new documentaries slated for preservation each year, the Archive has the potential to support research and teaching in a wide variety of disciplines and programs. Faculty from Duke’s Film/Video/Digital Program, Women’s Studies Program, Human Rights Center, and Divinity School have already used the films, which are transcultural in scope and explore themes as varied as world religions and spirituality, race, gender, human rights and war as well as an array of esoteric topics, each with its own unique appeal. The films are as individual as the filmmakers themselves and as diverse as the human experience. There are films on everything from modern life in a Tibetan monastery, female soldiers in Iraq and a children’s home in Russia, to demolition derbies, the art of making samosas, and the high-pressure world of professional Scrabble tournaments. 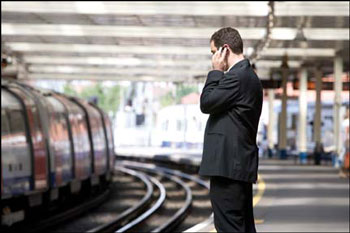 The Intimacy of Strangers/Eva Weber

To encourage the use of the films, the Archive staff is making them available on campus for collaborative events that bring together students and faculty from different departments. Duke’s Divinity School recently screened 2007 Full Frame award winner The Monastery, followed by a panel discussion that included participants from the Center for Documentary Studies, the Department of Religion, and the Divinity School.

The Full Frame Archive promotes the groundbreaking work created by today’s documentary filmmakers and guarantees a lasting legacy for both the Festival and the artists. In a predominantly visual culture, and as visual studies increasingly become a part of every aspect of teaching and learning, this exciting collaboration encourages the use of documentary film as a catalyst for interdisciplinary scholarship, dynamic dialogue, and social change.

Non-circulating DVD copies of each preserved film will be available for use in the reading room of the Rare Book, Manuscript, and Special Collections Library, as well as for classroom screenings and special events. Licensed copies of the award-winning documentaries will be purchased from the filmmakers and will be more widely available through the circulating collection at Lilly Library. For a complete list of films preserved to date, please visit the Archive’s website at http://library.duke.edu/specialcollections/research/fullframe.html. To find more information about the Full Frame Documentary Film Festival in Durham, North Carolina, and to see a listing of 2009 events, please visit the Festival website at http://www.fullframefest.org/.

The Full Frame Archive receives support from the following sponsors: