The 5 Titles series highlights books, music, and films in the library’s collection featuring topics related to diversity, equity, inclusion, and/or highlighting the work of authors from diverse backgrounds. Each post is intended to provide a brief sampling of titles rather than a comprehensive overview of the topic. This month, the five titles have been selected by RIS intern Emily Arnsberg.

Women have served in the military in various capacities for over 200 years. However, women in the United States were not given the option to serve as full-fledged military personnel until 1948, when President Truman signed the Women’s Armed Services Integration Act into law, officially allowing women to serve as full, permanent members of all branches of the Armed Forces. Even though women could serve as military members in all branches, they were still not allowed to serve in combat. It was not until 2013 that then-Defense Secretary Leon Panetta announced the ban on women in combat would be lifted entirely, and that female service members would be allowed to serve in ground combat roles. “In 2015, hundreds of thousands of jobs were opened to women, and ensured that as long as female service members completed the necessary training and requirements, they could now serve in almost any role in the U.S. military.” Though the U.S. military has taken strides to move towards a more equitable future, worldwide, women are up against roadblocks, harsh laws and cultural stereotypes that prevent them from playing a more active role in today’s military.

With the recent military withdrawal in Afghanistan, and with Veteran’s Day coming up (November 11th), we wanted to not only highlight the tremendous impact of women in the United States military, but those also fighting for military equality in other nations, specifically in places like Afghanistan and Syria. The following five titles illustrate various women fighting to gain an equal footing among their male soldier counterparts, from becoming a Special Operations warrior during the conflict in Afghanistan to an Afghan pilot searching for her place among the Afghan Air Force. 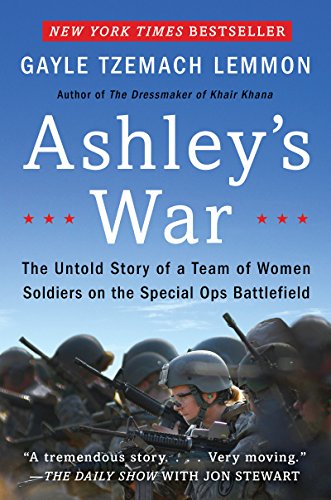 Ashley’s War: The Untold Story of a Team of Women Soldiers on the Special Ops Battlefield by Gayle Tzemach Lemmon (2015). Lemmon’s work chronicles the story of the U.S. Army Special Operations Command pilot program, called Cultural Support Teams (CSTs), which allowed elite women soldiers the chance to fight alongside Green Berets and Army Rangers in Afghanistan. The program, which began in 2010, was the first program to put women in special operations. It brought together a hand-picked group of women from the Army and National Guard, including 1st Lt. Ashley White, the first CST member killed in action. The job of these elite women was to “be the softer side of the harshest side of war;” to work with one of the largest populations in Afghan culture that was previously out of reach to male military members: Afghan women.

Ashley’s War illustrates a different perspective of combat – women on the battlefield. While women were “technically” banned from serving in combat positions, these CST members accompanied Special Operations forces into the heart of battle, on night raids, and in the middle of gunfire. The author conveys an underlying tension among the CST members as they prepare for nightly missions. Will the male soldiers embrace the CST members as one of their own teammates? Is it possible for men and women to coexist in battle? This book challenges your previous assumptions of war, as you witness it through the fresh eyes of women who have never experienced combat. These courageous soldiers play a critical role in advancing the conversation about women in combat, a discussion that is still under debate and talked about in the current military landscape. Ashley’s War is currently being developed into a major motion picture at Universal Studios with Reese Witherspoon and Bruna Papandrea producing. 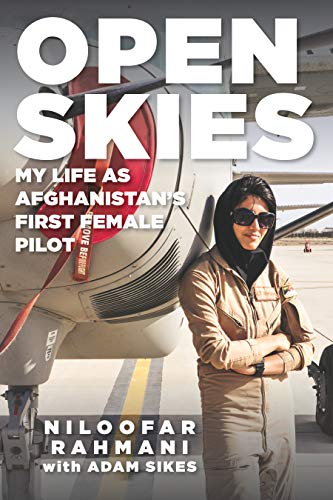 Open Skies: My Life as Afghanistan’s First Female Pilot by Niloofar Rahmani and Adam Sikes (2021). This timely book illustrates another perspective of women in the military, through the eyes of an Afghan woman struggling to serve her country. Rahmani tells her story as the first female-fixed wing Air Force aviator in Afghanistan’s history and the first female pilot in the Afghan Air Force since the fall of the Taliban in 2001. She weaves her “personal history into a broader review of Afghanistan’s past, detailing the years of war her family experienced. Her father was conscripted by the Soviets; the family fled the Taliban and fled in exile; then, after her return, the American invasion brought both concern and cautious optimism.” Rahmani skillfully describes the perils of life for Afghan women as they are forced to live within an oppressive, hostile, and dismissive culture. Her work shines light on another perspective that is rarely delved into depth, the experience of women in Afghanistan. It also highlights the many roadblocks and stereotypes of women in the military, especially for a woman fighting against harsh rules and limits in modern-day Afghanistan. 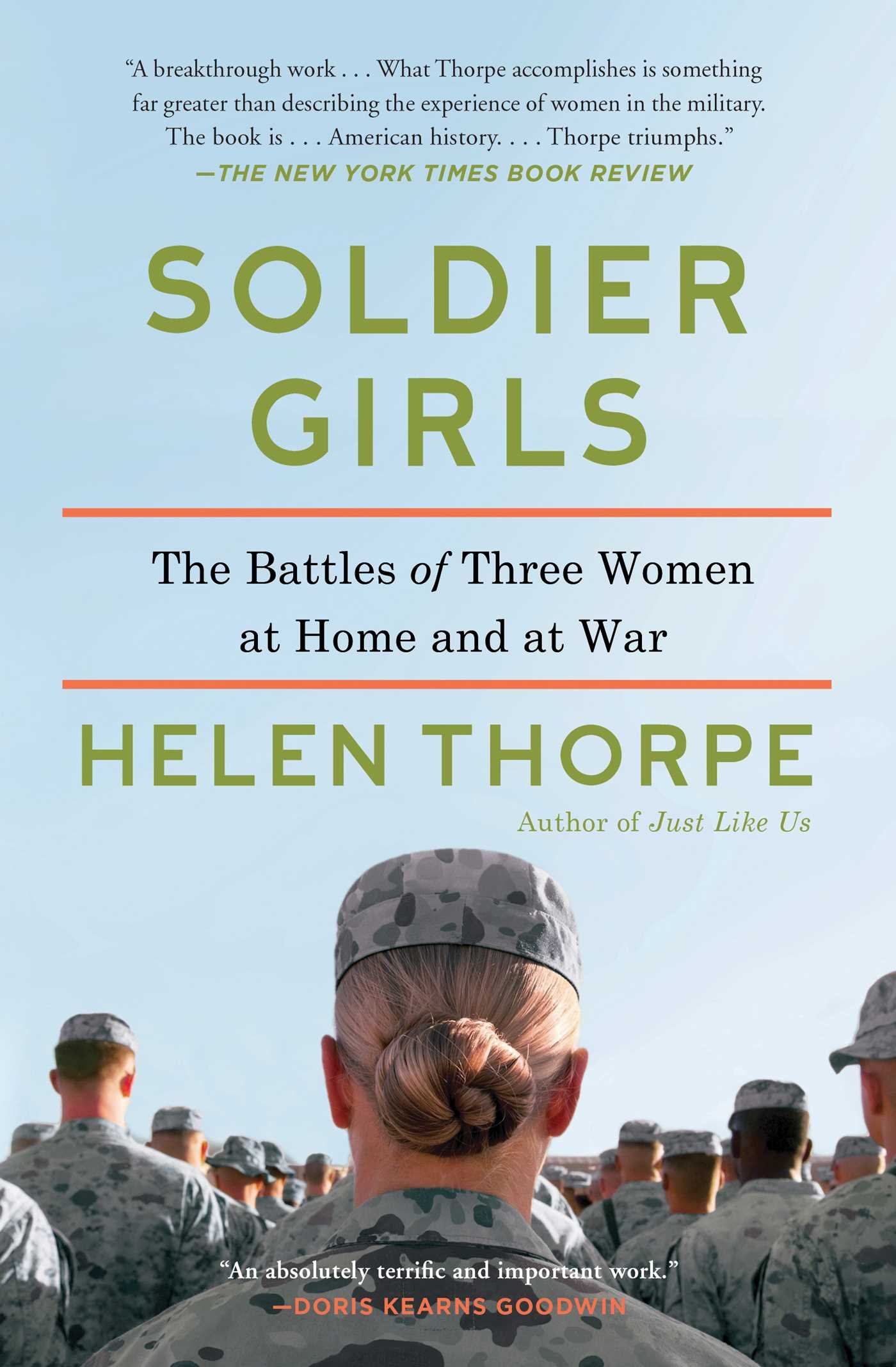 Soldier Girls: The Battles of Three Women at Home and at War by Helen Thorpe (2014). Thorpe’s narrative, spanning 12 years, follows three women from enlistment in the Indiana National Guard, through deployment, and back home again. These three women thought that in joining the National Guard their attendance and work would be minimal, occasionally attending training. In exchange, they would be given the best chances available for them to better themselves: by attending college, having a steady paycheck, and engaging in something bigger than themselves. However, in the aftermath of 9/11, these women found themselves in combat zones in both Afghanistan and Iraq. Similar to Ashley’s War, Thorpe illustrates the impact of war and how it changes women, a subject that is often focused on the male perspective. This book also details an important aspect of American history, discussing the cultural failings, resilience, and progress of the American way of life. In its chapters about the women’s return to civilian life, Thorpe illuminates the realities of being female and poor in this country. As one passage illustrates, being in a Target triggers an emotional moment for one of the women, as looking for toilet paper seems so superfluous and wasteful. Thorpe spent four years interviewing these three women; what she learned offers a moving portrait of both of the toll that wartime military life takes and the realities of civilian life when returning from war.

Unbecoming: A Memoir of Disobedience by Anuradha Bhagwati (2019). Bhagwati’s memoir offers a distinctive lens on her service in the Marines, tackling various issues such as Post-Traumatic Stress Disorder, sexual violence, misogyny, and racism, among many others. Born an obedient daughter of Indian immigrants, Unbecoming tells the story of Bhagwati enlisting in the Marines after graduating Yale, to her later creation of the Service Women’s Action Network (SWAN). Unlike the other books in this blog post, Bhagwati takes a deep dive into the politics of supporting women in the military. She takes her fight to Congress, illustrating her triumphs and struggles in dealing with politicians, including Senator Kirsten Gillibrand and California representative Jackie Speier. Her candid memoir shows her view of misogyny and gender segregation in the military, and her fight to make an impact on the gender equality issues of our time. 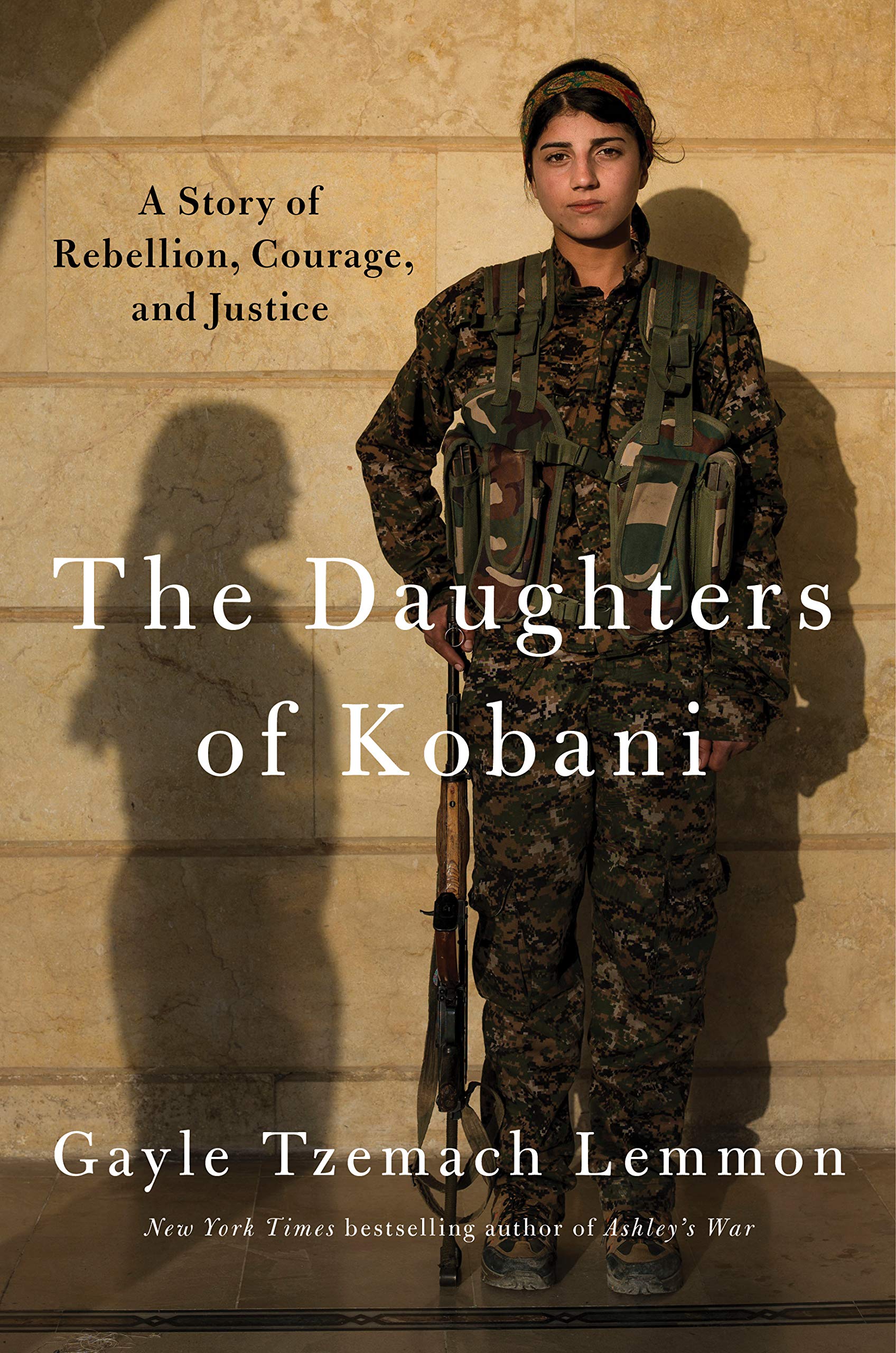 The Daughters of Kobani: A Story of Rebellion, Courage, and Justice by Gayle Tzemach Lemmon (2021). Lemmon’s most recent title delves into the conflict in Syria and the battle against the Islamic State (ISIS). An all-female protection unit of Syrian Kurdish Fighters, known as the YPJ, fast became the face of the war against ISIS and gained a reputation as fierce and effective fighters. Through the stories of four female soldiers, Lemmon paints a picture of their combat against ISIS and their fight for women’s equality in the battle for the city of Kobani. Aided by U.S. intelligence and airstrikes, these women and the many other Women’s Protection Units helped to retake the city from ISIS. Lemmon, using the stories of these four women as a backdrop, elucidates the complex history of the region and the fight for equality among women who are performing the same tasks beside their male counterparts. Recently, this title was optioned by HiddenLight Productions as a future film adaption.