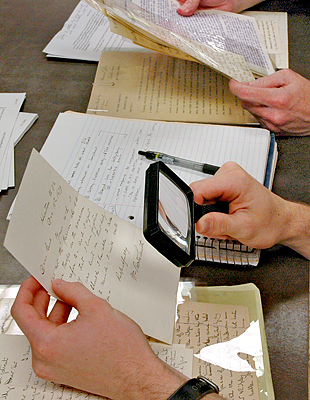 We are pleased to announce this year’s winner of the Middlesworth Award!

The Middlesworth Award is given annually in recognition of students whose research makes use of the primary sources and rare materials held in the David M. Rubenstein Rare Book & Manuscript Library. Funding for the awards has been provided by Chester P. Middlesworth (A.B., 1949) of Statesville, North Carolina.

This year’s winner is Michael Sotsky (’15) for “The Fight to End ‘Legalized Lynching’: The Civil Rights Congress’s Rise and Fall in the Southern United States in the Post World War II Era.” He wrote this paper as an independent study under Dr. Nancy MacLean. Sotsky’s primary sources included material on the Civil Rights Congress in the J.B. Matthews Papers and The Daily Worker from the American Newspaper Repository Collection.

We will be celebrating Sotsky and the winners of the library’s other writing and research prizes at an awards reception on Friday, October 30 from 3:30-4:30 in the Holsti-Anderson Family Assembly Room. All are invited for refreshments and the opportunity to honor the recipients.