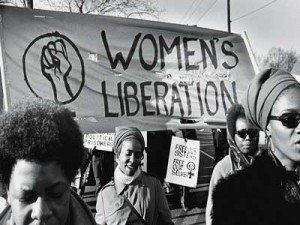 Reflections Unheard: Black Women in Civil Rights focuses on black women activists and their marginalization within the Black Power and Feminist movements of the 1960s and 1970s. Filmmaker Nevline Nnaji looks at how each movement failed to fully recognize black women’s overlapping identities and include them as both African Americans and women. Through interviews and archival footage, Reflections Unheard tells the story of these black female activists’ political mobilization and fight for recognition.

The screening will be followed by a discussion with producer and director, Nevline Nnaji. 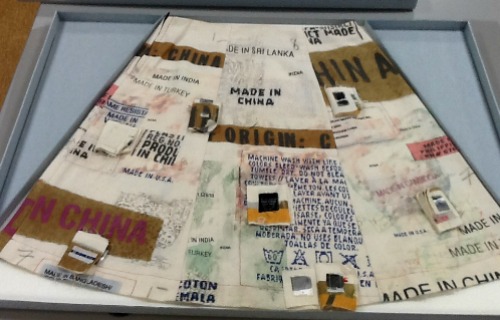 In June and July we’ll celebrate the beginning of a new fiscal year by highlighting new acquisitions from the past year.  All of these amazing resources will be available for today’s scholars, and for future generations of researchers in the Rubenstein Library! Today’s post features additions to the collection of artists’ books by women in the Library’s Sallie Bingham Center for Women’s History and Culture.  Check out additional posts in the series here.

According to Atlas, “this artist’s book fancifully poses questions on writing and the writing life, with the replies derived from classic authors’ letters, journals, and autobiographies. Reaching back to answer contemporary questions with voices from literary history reveals the timeless concerns and challenges of writers, with a particular emphasis on these issues from a female perspective.” The book was also produced in a trade edition.

Skirt Book: Made in the USA by Julie Mader-Meersman. 2010.

This unique artists’ book is made in the form of a skirt with custom fabric printed with scans of country of origin tags from clothing. Booklets made from fabric remnants and original textile tags are sewn on around the garment.

The images in this book were originally created from magazine collages overlayed on the pages of an over-sized Barbie coloring book. According to the artist, “it was created as a painstaking labor of love and reveals untold ways that Barbie is interlaced with modern American culture.” 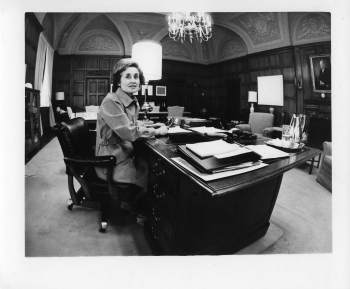 Working on the Economists Papers Project at the Rubenstein Library this summer introduced two Duke economics graduate students to an inspiring and impressive figure who shaped the histories of both Duke University and the United States: Juanita Morris Kreps.  The description and arrangement of 58 boxes of her professional papers was made possible in summer 2011 by Matthew Panhans and Nori Takami, with funding from the Center for the History of Political Economy. Born into a childhood of poverty in the small mining town of Lynch, Kentucky in 1921, Juanita Kreps emerged as one of the top students at Berea College, earning her a scholarship to study economics at Duke University, where she completed her M.A. and Ph.D.  She joined the faculty at Duke in 1955 and served as Dean of the Woman’s College and as Associate Provost; in these roles she oversaw the controversial 1972 merger of the Woman’s College and the men’s Trinity College to form the present coeducational undergraduate Trinity College of Arts and Sciences.  As we celebrate the 40th anniversary of that merger in 2012, many of us may not be aware of its deep significance to the history of Duke and to the future for women in higher education. Kreps’ papers hold many files of correspondence from alumna who responded to her calls for comments, accompanied by letters, speeches, and memoranda written by Kreps which reveal her own insights into this monumental change.

In 1972 Kreps became the first woman to hold the prestigious James B. Duke chair, and in 1973, Kreps was named a Vice President of the University.  In 1976 she left Duke to serve as the first female Secretary of Commerce under President Carter, also the first academic to serve in this role and the fourth woman ever to be a part of the Cabinet.  As the Secretary of Commerce, she was an advocate for the business community while also encouraging business to look beyond profits and towards social responsibility to workers, consumers, and the public.

Perhaps rooted in her humble beginnings in Kentucky, her academic research maintained real-world relevance.  Much of her work was on the value of women’s work, women’s education, and labor issues related to aging populations.  These and other topics that remain relevant today pervade her speeches, which are both witty and moving.  The plethora of thank you notes accompanying each speech offers clear evidence of the power of her words and ideas – but if this is not enough to convince you, come to the Rubenstein Rare Book & Manuscript Library and read them for yourself!

Post contributed by Paula Mangiafico, Senior Processing Archivist for the Rubenstein Library. Matthew Panhans is an M.A. student in Duke’s Department of Economics. Norikazu Takami is a post-doctoral fellow at Duke’s Center for the History of Political Economy.