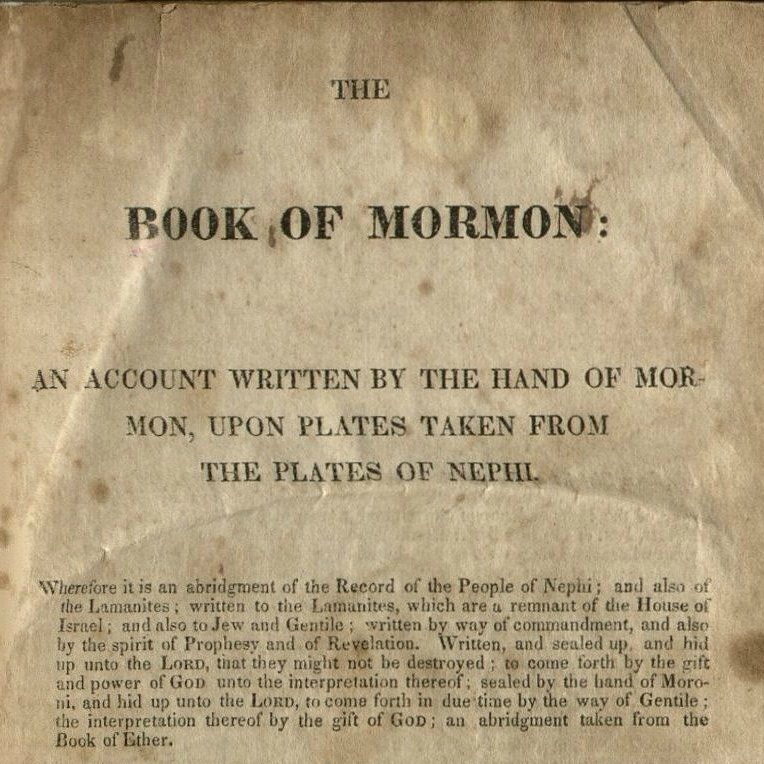 Many visitors to the Rubenstein Library have asked about the provenance (origin) of this particular copy of the first edition of the Book of Mormon (1830). Until recently, we knew only what the bookplate states: that it was donated by “Mrs. W. A. Newell.” Its history was lost, until some diligent research turned up a very interesting story about a remarkable woman. We now know that this copy of the Book of Mormon was donated by Bertha Payne Newell to Duke University, late in the summer of 1941.

Bertha Payne was born in Racine, WI, on January 20, 1867. She was home schooled, but later attended classes at the University of Leipzig (Germany) and Clark University (Worcester, MA). Eventually Payne found her calling as a school teacher and educational reformer. She was progressive in her philosophy and soon found exciting outlets for her evolving pedagogy. In her early teaching career, according to The University of Chicago Magazine, Payne was “associated with Hull House, the Chicago Froebel Association, and the Chicago Institute under Colonel Frances W. Parker.”

She attended the University of Chicago, where she matriculated in the autumn of 1899 at the age of 32. She arrived at Chicago during John Dewey’s influential years as the head of the nascent School of Education. During her eight years as an undergraduate, Payne also taught many courses in the School, and among them were “Pedagogy of the Kindergarten,” “Froebel’s Educational Philosophy,” “Mental Development in Early Childhood,” and “Kindergarten Theory and Practice.” She received her PhB (bachelor’s degree) in March 1907.

Payne quickly distinguished herself as an expert on kindergarten education, publishing many articles on the subject and serving on the editorial board of the journal, The Elementary School Teacher.

After her move to North Carolina and after the birth of their daughter, Olive, in 1910, Bertha Payne Newell became an activist for racial justice, labor rights, and peace. She worked hard to end lynching in the American South. She was a leading member of the influential Commission on Interracial Cooperation, which she directed 1931-35, and from 1931 to 1938 she served as secretary to the Association of Southern Women for the Prevention of Lynching.  She joined several other committees and commissions in the 1930s and 1940s that advocated for child labor laws and other social change.

Her husband, Rev. Newell, died February 26, 1940. 18 months later, Bertha Payne Newell donated more than 100 books to Duke University, including this copy of the Book of Mormon. It’s likely that the university’s Methodist origins and the proximity of the school to Morganton were factors in this important gift.

The provenance of this book was surprising to us; assumptions about who might have donated it were challenged and proven incorrect by archival research. Our books and manuscripts come to us in many ways and through many means (gift, purchase, abandonment!). We continue to be enthralled and inspired by the history of these important cultural treasures.