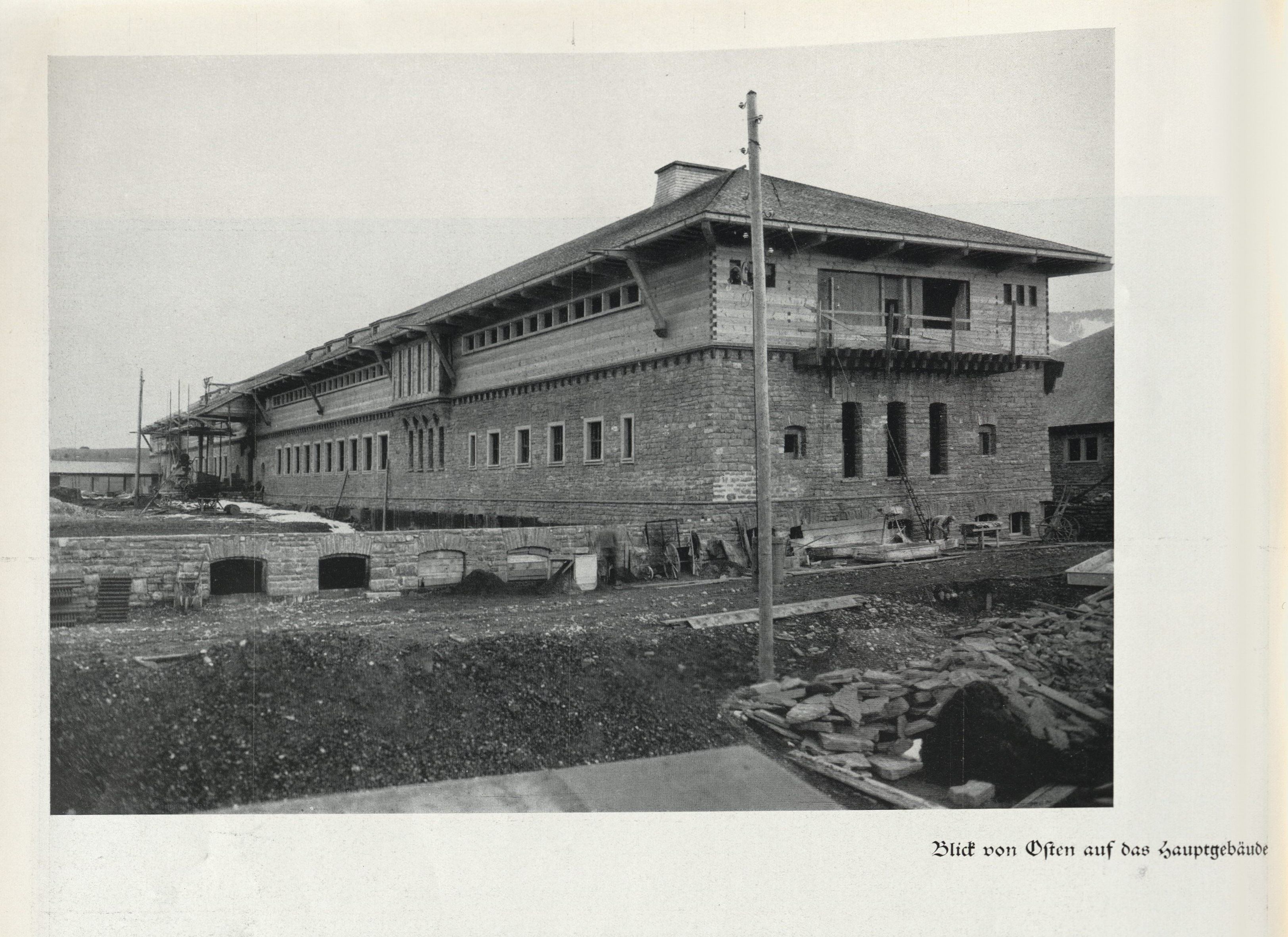 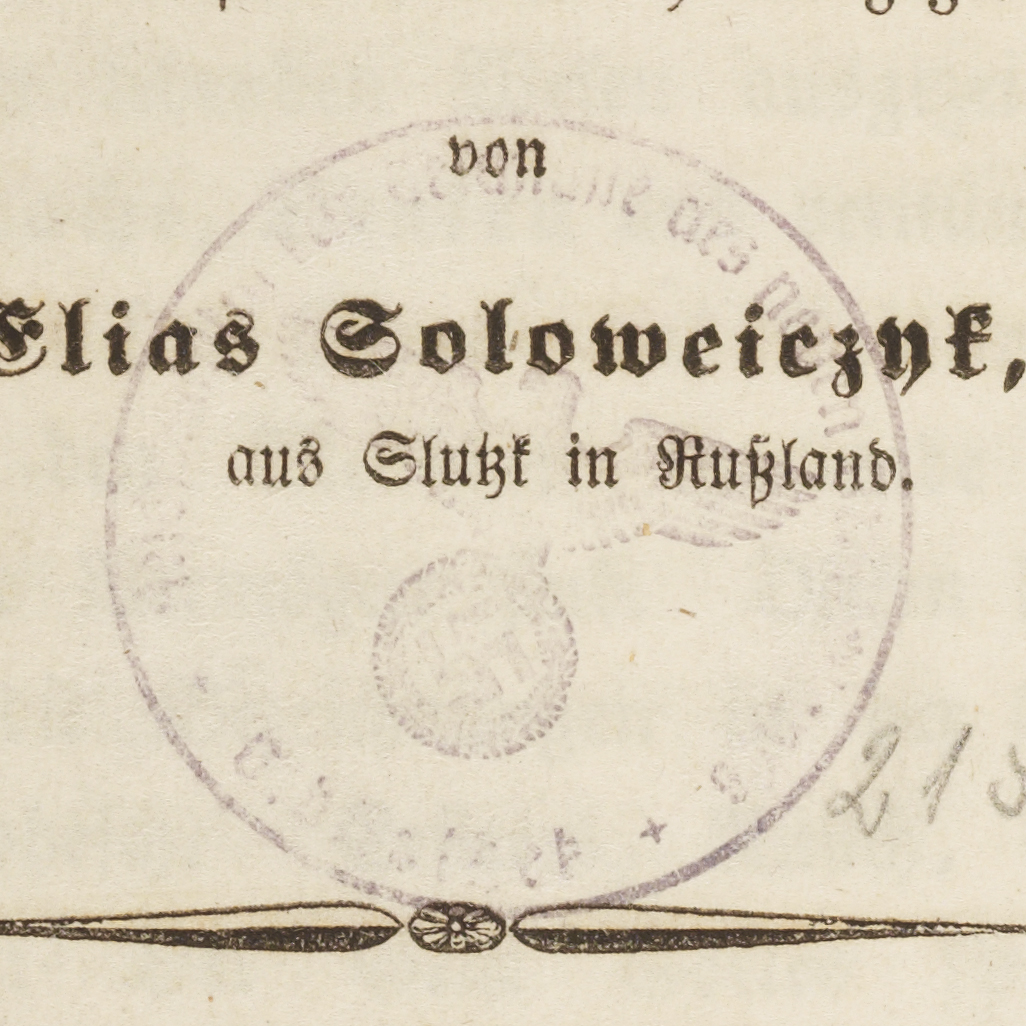 Usually catalogers spend most of our time thinking about appropriate subject headings, title added entries, transcription of titles and other useful information. We have developed efficient ways to do this quickly and accurately and aren’t often conscious of our role in preserving a book because it is an historical object. Sometimes, however, there is something about a book that brings the cataloging process to a temporary standstill. A book that was acquired recently as part of the German Judaica Project suddenly made me stop and think about the history of Europe during the Nazi period. The particular title in question is Jad hachasakah, oder Mischna Thorah, 1. Buch. Maddah, published in 1846 by E.J. Dalkowski in Königsberg (once the capital of Prussia, now known as Kaliningrad). It was edited by Elias Soloweiczyk “aus Slutzk in Russland.” (Slutzk, or Slutsk, is a town near St. Petersburg.) There are hundreds of editions and commentaries of Moses Maimonides works, edited by a wide variety of authors and there isn’t anything too unusual about the text of the book. It isn’t even extremely rare, as there is at least one other copy in the United States. What is very interesting is that, clearly stamped on the title page, is the ownership mark of one of the libraries of the Nationalsozialistische Deutsche Arbeiter-Partei Schutzstaffel or “SS.” It’s unfortunate that the identity of the specific library is not quite clear, but the central symbol is distinctive. So many questions came to my mind as I cataloged: How did this little volume manage to survive the war at all, since Jewish libraries were systematically destroyed? How did it arrive in the hands of the SS, who were definitely part of the destruction? Why did they save it? Did it possibly serve a purpose in the officer training schools as an example of why Judaism should be destroyed? How did this it survive the destruction of the SS libraries after the war and find its way first to the United States and finally to Duke?

This little ownership stamp also reminded me of a cataloging project that I completed in the 1980s. It was a large collection of pamphlets that was given to the library following World War II. They were materials literally picked up from the streets or plucked from the waste bins as the libraries belonging to the Nazis were dismantled. They remain a treasure-trove of everything from official Nazi propaganda on race to manuals for pistols. Many of the items had ownership stamps similar to the one in the Maimonides work described above. In order to more easily locate these resources, we devised two categories of locally developed subject headings: Nazi period (further subdivided by place of publication and date) and Provenance (followed by the former owner).

It seems serendipitous that I would catalog the new title because I am probably the only cataloger who would realize the philosophical connection to the earlier project and create the same type of subject added entries.