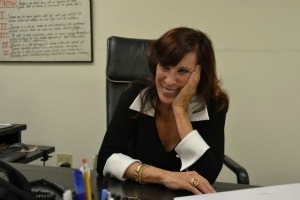 A $1 million pledge to endow the directorship of the Sallie Bingham Center for Women’s History and Culture at Duke University has been made by journalist, activist and women’s health care pioneer Merle Hoffman, President Richard H. Brodhead announced Thursday.

“The Bingham Center is one of the leading women’s history research centers in the U.S., documenting centuries of women’s public and private lives, including education, literature, art and activism,” Brodhead said. “We at Duke are grateful for this generous gift by Merle Hoffman, which will help further the Bingham Center’s mission to preserve and promote the intellectual and cultural legacy of women from all walks of American life.”

The center, part of the David M. Rubenstein Rare Book & Manuscript Library, is home to many of Hoffman’s papers.

After abortion laws were liberalized in New York state in 1970, Hoffman founded Choices Women’s Medical Center, one of the first ambulatory surgical centers for women, which has become one of the largest and most comprehensive women’s medical facilities in the U.S.

In 2000, the Bingham Center acquired both Hoffman’s papers and the records of Choices Women’s Medical Center. Since then, the center has collected the papers of numerous other providers, clinics and reproductive rights organizations that document the work of activists, health care workers, attorneys and others involved in reproductive health.

“Associating Merle Hoffman’s name with the directorship creates an enduring connection between the Bingham Center’s leadership and Hoffman’s outstanding contributions to the health, safety and empowerment of women everywhere,” Jakubs said.

Hoffman is also the publisher and editor-in-chief of On the Issues Magazine, and her autobiography, Intimate Wars: The Life and Times of the Woman Who Brought Abortion from the Back Alley to the Board Room, is set to be published in January 2012.

Hoffman said she decided to endow the center’s directorship as a way “to continue to support the visionary efforts by Duke University to honor and document the many courageous women who have fought their own ‘intimate wars’ in the long struggle for reproductive justice. I hope that the Bingham Center will become the bridge between theory and practice that will catalyze future generations to joyfully go further and deeper in the continual battles for women’s equality.”

Center director Laura Micham said Hoffman’s latest gift “will enable us to expand our activities and impact, bringing us closer to our goal of building one of the premier research centers for women’s history and culture in the world.”

The Sallie Bingham Center for Women’s History and Culture was established in 1988 to acquire, preserve and provide access to published and unpublished materials that reflect the public and private lives of women, past and present. It is named in honor of author, playwright, teacher and feminist activist Sallie Bingham.