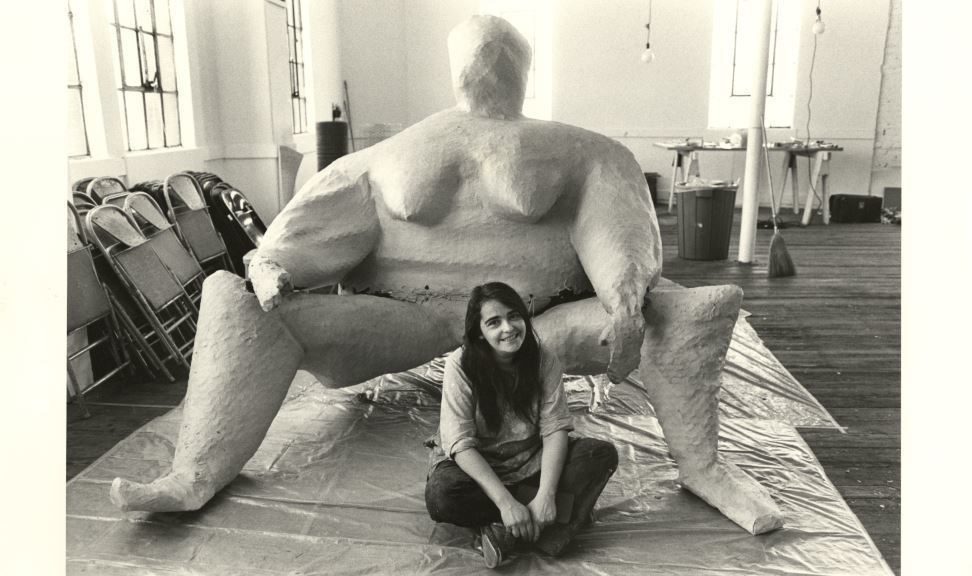 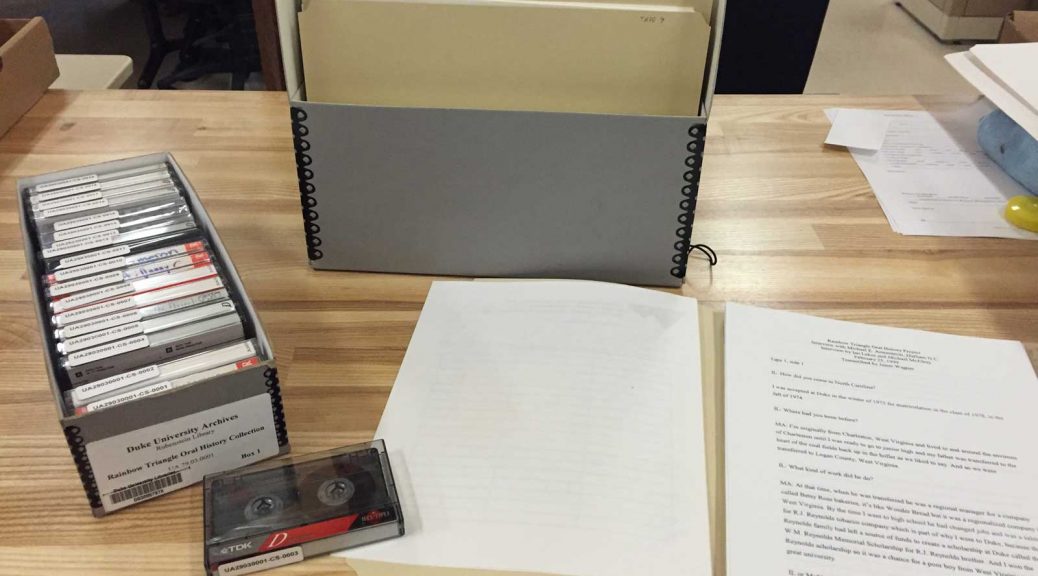 Oral histories are often fantastic, and fascinating, resources: first-hand accounts of lives and events, communities and histories, told with immediacy and giving a direct connection to the narrator, and thus to the story. They are rich and compelling, and are powerful tools in documenting those who are under-represented by the types of documentation traditionally found in archives. For these reasons, we were very excited to work on two recent oral history collections related to the local LGBTQI community: the Duke Alumni LGBTQ Oral Histories and the Rainbow Triangle Oral History Collection (RTOHC).

Both collections offer first-hand accounts of the LGBTQI experience at Duke and in the Triangle area. The Duke Alumni oral histories include individual Duke community members relating experiences from the 1970s through early 2000s, while the RTOHC materials come from individuals throughout the Triangle region and relate stories from the 1960s to the 2000s. As one can imagine, the stories in both document a large variety of experiences. Since some oral history subjects overlap in terms of years and environs covered, it is possible to compare multiple accounts of isolated, annual events like Blue Jeans Day; national crises like the AIDS epidemic; and ongoing struggles such as anti-LGBTQI persecution and community-building.

Similar to archival collections made up of paper and photographic-based materials, oral history collections pose significant challenges stemming from volume and format, as well as rights and content sensitivities. Close to 80 interviews are represented across these two collections. Interviews in the Alumni LGBTQ collections were conducted in 2015 and 2016 straight to digital recorders in formats supported by modern computing environments. Interviews conducted by the Rainbow Triangle Oral History project were conducted over a span of years in the 1990s and early 2000s on a variety of physical media and will require digital reformatting for use and preservation. Additionally, oral histories may have been recorded without the narrators giving explicit permission as to who can access the recordings, or under what circumstances, or what researchers can do with the information in the recording. Many projects and interviewers prepare forms for just this purpose, but not every form makes it into the archive with the recording. Finally, describing the contents, and the narrators, in ways that are sensitive to the narrator’s wishes, and concisely but accurately convey the topics covered in the recordings, can be complicated. Oral histories are often intensely personal and revelatory, and a wide range of subjects, persons, places, and events can be covered in a short period of time. We were lucky in that the alumni included either transcripts or interview summaries to aid in their description, and many of the RTOHC interviews included transcripts and/or biographical information.

Although these collections presented some complexities during processing, we were proud to work on preserving and providing access to these materials. Both collections are now available for use in the reading room. 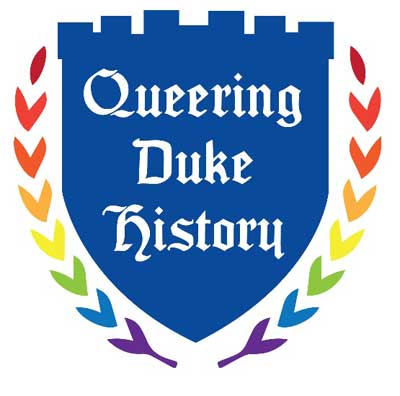 Gather with friends and learn about a few of the ways that Duke is active with and supportive of its LGBTQ student and alumni community: