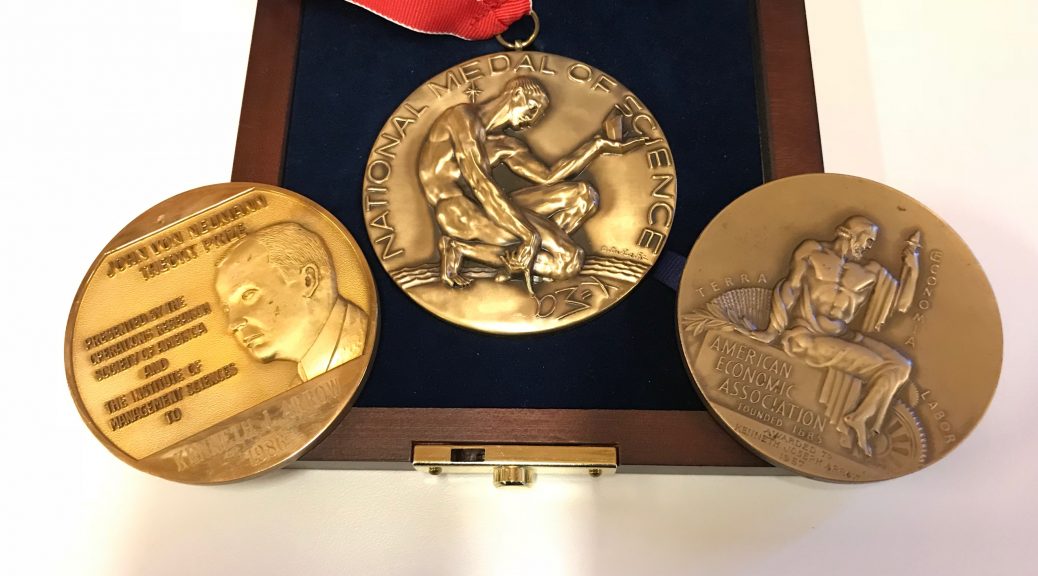 Post contributed by Jonathan Cogliano, Assistant Professor for the Department of Economics at Dickinson College.

The Economists’ Papers Archive features collections from some of most influential economists of the post-war era, and among this impressive group are the recently re-processed papers of Kenneth J. Arrow (look for the new finding guide soon!). Arrow’s contributions to the field of economics are wide-ranging, notable among them are: his contributions to social choice theory—with the eponymous Arrow’s Impossibility Theorem—and welfare economics; his work with Gérard Debreu on the development of general equilibrium theory; the idea of learning-by-doing as a driver of economic growth and innovation; and the problems posed by asymmetries in information available to people when making economic decisions. Over his lifetime he received numerous awards for his work, including the John Bates Clark Medal (at the time, awarded biennially by the American Economic Association to the economist under the age of 40 who has made “the most significant contribution to economic thought and knowledge”), the John von Neumann Theory Prize in operations research, the National Medal of Science, and the Sveriges Riksbank Prize in Economic Sciences in Memory of Alfred Nobel (shared with John R. Hicks), as well as numerous others and honorary degrees. Arrow’s, perhaps, lesser known contributions outside of economic theory include work on the abatement of acid rain with the National Oceanic and Atmospheric Association (NOAA), efforts to build a program to provide affordable malaria medications with the Institute of Medicine (IOM), and political advocacy on behalf of persecuted scholars under repressive regimes throughout the world, among many others.

Arrow passed away in February, 2017 and this meant that new additions were made to his collection at the Economists’ Papers Archive. With a substantial amount of his papers already at the Rubenstein Library, the arrival of new materials required careful incorporation into the existing collection and management of a large quantity of physical materials (over 90 boxes in total!). This large and complicated re-processing project took several months and entailed  significant  re-organization, including the incorporation of his numerous prizes and the last chapters of his life; Arrow kept working until shortly before his death. How does one go about keeping track of such a large project with a number of boxes stored offsite at any one time? Well, a couple of Excel spreadsheets and a few lines of code can help to sort things out (an example is pictured below).

Using computing power to help overcome the challenges of sorting and tracking boxes in an archival collection may seem unrelated to the work of Kenneth Arrow, but his contributions to information economics and the economics of complex systems (via the Santa Fe Institute) helped pave the way for a burgeoning body of work applying computational modeling to economics. (They have, at least, been influential for the computational work done by the economist writing this post.)

The impact of Arrow’s work is too expansive to fully capture here, but having his papers available again in the Economists’ Papers Archive will prove an invaluable resource for those interested in one of the most influential economists of the post-war era. 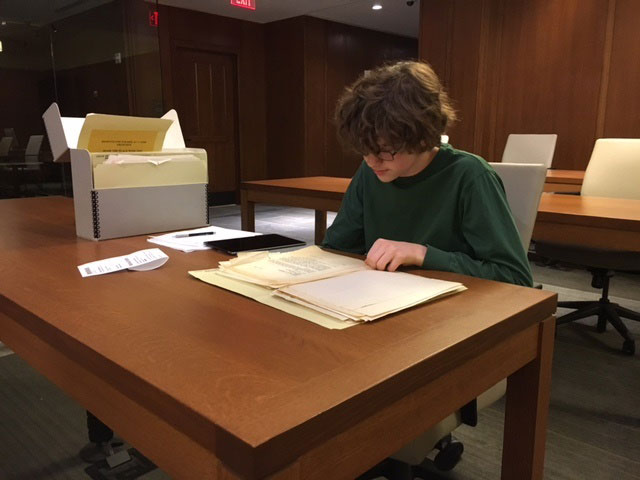 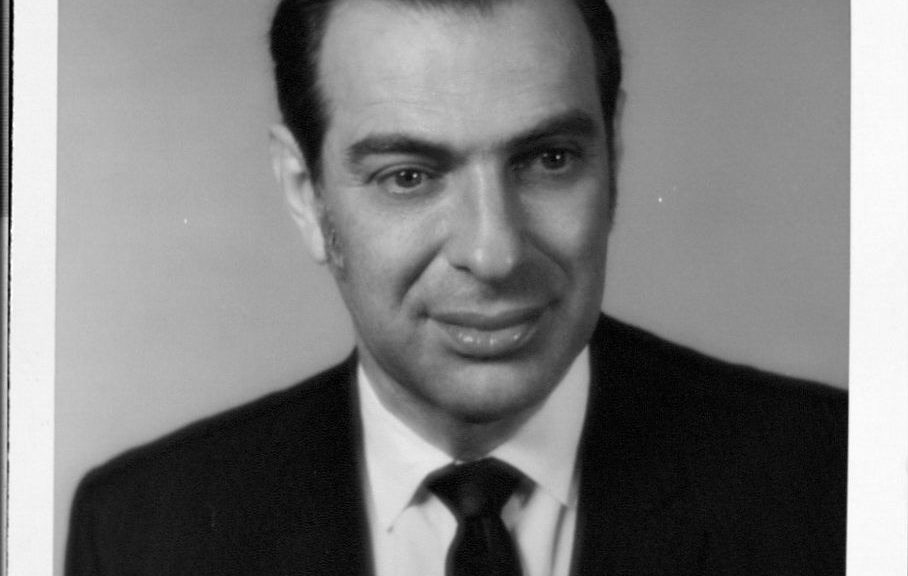 Kenneth J. Arrow, Nobel-winning economist and professor emeritus at Stanford University, passed away last week at the age of 95. Arrow’s work had an impact not only in economics, but was influential in fields across the social sciences.

His extensive research, teaching and activism are documented in the Economists’ Papers Archive in Rubenstein Library, where Arrow’s professional papers are preserved and made available to researchers. His papers are some of the Archive’s most heavily used, and Arrow was always very responsive to researchers’ questions and supportive of their work.

The Arrow papers document his work from his years as an undergraduate at City College of New York in late 1930s, through his graduate work at Columbia and the publication of his landmark book Social Choice and Individual Values in 1951, and includes research notes and extensive correspondence with other scholars from his later work in equilibrium theory, welfare theory, and as an advocate for addressing the hazards of global warming.