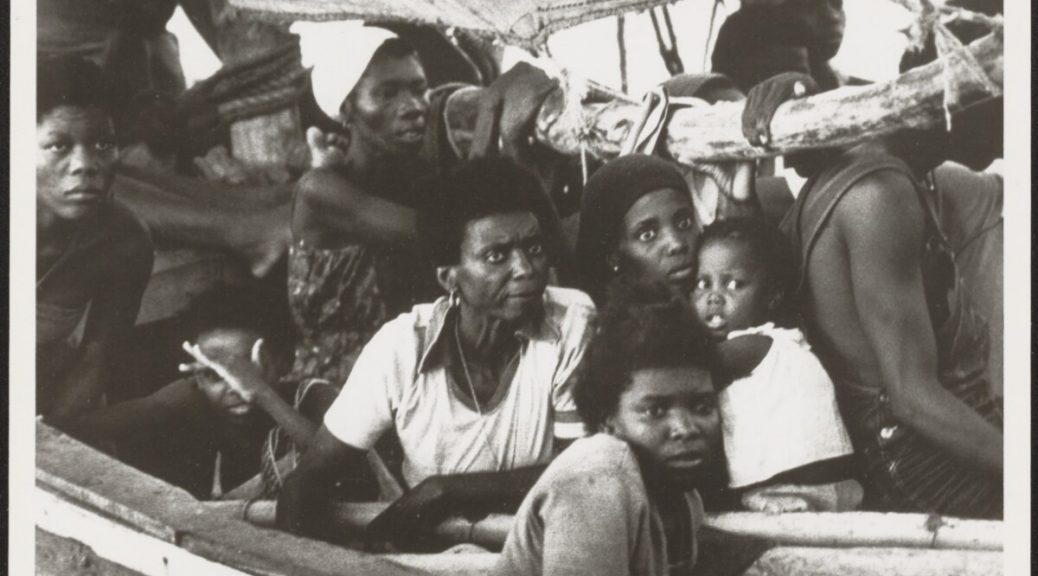 Post contributed by Llana Barber, Associate Professor of American Studies at the College at Old Westbury (State University of New York) and author of Latino City: Immigration and Urban Crisis in Lawrence, Massachusetts, 1945-2000. She was a recipient of a 2018 Marshall T. Meyer Research Travel Grant.

I am a historian of migration to the United States, but it has become clear to me through my research that U.S. immigration and border policies are actually designed to keep most of the world out. To truly understand those policies and practices, it isn’t enough to study the history of those small numbers of people who immigrate; we must write the history of those turned away.

My current research explores the incarceration, interdiction, repatriation, and deportation of Haitian migrants, including asylum seekers, from the 1970s to 1990s. I argue that this militarized migrant exclusion was central to the formation of the U.S. as a nativist state – a political economic system centered on controlling human mobility across national borders – beginning in the 1980s. Other nations adopted similar policies of excluding or periodically expelling Haitian migrants in this era, particularly the Bahamas and the Dominican Republic. In concert, these practices functioned to deny most Haitians the fundamental right to emigrate.

A generous Marshall T. Meyer Research Travel Grant enabled me to begin exploring several relevant and rich collections at the David M. Rubenstein Rare Book and Manuscript Library at Duke University. While I was only able to spend a week at the Rubenstein Library on this initial visit, I plan to return for another month of research, and it will take even longer to work my way through the stunning digitized Radio Haiti and Caribbean Sea Migrations collections.

A major strength of these collections, from what I have seen so far, is that they cross national and linguistic borders. The National Coalition for Haitian Rights collection, for example, contains activist records and investigative reports from Haiti, the U.S., the Dominican Republic, the Bahamas, and an array of other countries. Material is in English, French, Haitian Creole, and Spanish. Research in this collection truly gives a sense of how central Haitian asylum seekers became to global political struggles around racism, imperialism, and migrant rights in the late 20th century.

Most importantly, the voices of individual Haitians on the island and in diaspora resonate clearly in these collections.