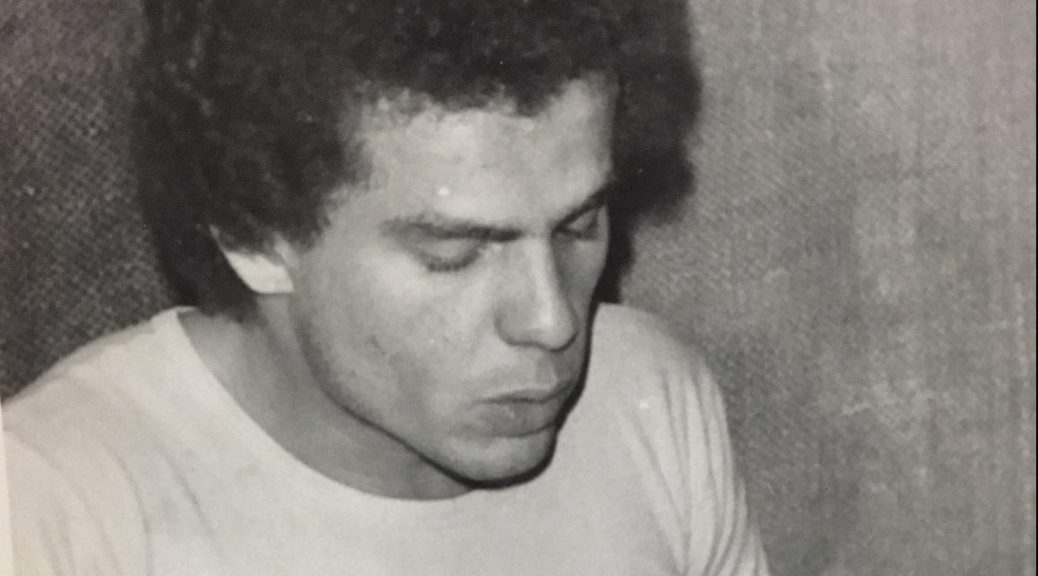 In January 1982, Richard Brisson – poet, actor, journalist, station manager at Radio Haïti-Inter – was killed, along with Robert Mathurin and Louis Célestin, following a quixotic attempt to invade Haiti via Île-de-la-Tortue, the island off Haiti’s northern coast. He was thirty-one years old. Along with the rest of Radio Haiti’s journalists, Brisson had been in exile following the Duvalier regime’s violent crackdown on the independent press on November 28, 1980. Richard, they say, could not bear exile. The dictatorship claimed that Brisson and his comrades had been killed in combat. They were, in fact, executed.

In 1987, a few months after Radio Haiti returned from exile after the fall of Duvalier, they paid tribute to Richard Brisson. The broadcast opened and closed with the Alain Barrière song “Un poète,” which begins, “A poet does not live long.” Richard’s cousins Ady Brisson and Freddy Burr-Reynaud and Radio Haiti journalists Michèle Montas, Konpè Filo, and Jean Dominique remembered Richard the journalist, the poet, the iconoclast, the dreamer.

Dominique’s words are translated below.

This would have been the title of a fine fairytale, Richard’s death, for the two eyes of a princess. I have rightly said “two eyes” [deux yeux] and not “sweet eyes” [doux yeux]. But quickly consider, good people, that this is the wicked fairy godmother[i] of whom we speak, that evil princess whose two eyes Richard wished to gouge out in a famous song about one of the poor neighborhoods of our capital — do you recall, “Panno Caye Nan Bois Chêne”?[ii] And it was due to an evil spell cast by those two eyes that our poet was killed. But his murderers were so ashamed of their crime that they then tried to disguise it as a death in combat. Yet you must have seen those photos of Richard and his two comrades shackled and perfectly alive after their arrest on Île de la Tortue…

I read in the newspaper that slumber eludes that wicked fairy who so despised Richard, now in exile in France where she and her husband were dispatched, thanks to the complacency, or the complicity, of the world’s powerful. “She cannot sleep at night!” she complained. The ghost of Richard must haunt her sleepless nights, and that is as it should be.

For the death of Richard, whose memory we are celebrating this week, paradoxically raises very current questions. Paradoxically, because Richard approached news as he approached politics, as he approached everything: as a poet. He wanted to represent Léogâne in parliament, like his grandfather Frédéric Burr Reynaud. Richard’s photo soon hung from the electrical towers along the road. When asked about his lack of political experience, he laughed uproariously and responded, brows knitted: “Politics is too important to be left to the politicians.” And when Luc Désir[iii] made it clear to him this was not his place: “Have you looked at yourself in the mirror?” demanded the Duvaliers’ chief torturer, future lackey of the wicked fairy. “Have you looked at yourself in the mirror?” Richard told me this story smiling once more, then added, “Jean Do, are we truly the Jews of this land?” And on he went, whistling, hands in his pockets, a song by Jacques Brel on his lips, a song about the bourgeois who are like… you know…[iv]

His friendships? You should have seen Richard’s elegance, strolling side by side with Manno Charlemagne, Manno and Marco, his pals, just as the guys washing cars on the Rue-du-Quai were his pals. They haven’t forgotten him, the car washers. Have you heard them? “Richard pa mouri,” they told us in the sidewalk interviews we did to celebrate him, the poet of the streets, the poet of the sidewalks. “Richard isn’t dead.”

Each evening, Richard presented classical music in Creole, which provoked the indignation of certain distinguished music-lovers, who charged him with the crime of lèse-majesté: Richard glanced back at them and tchuipped through his teeth without deigning to answer, because for him, Mozart, Beethoven, and Verdi belonged exclusively to no one.

But Richard’s death poses other questions as well, concerning a certain opposition from abroad, quick to drive a wedge among the true warriors under the pretext of ideological clarification, but quick as well to turn their bodies into flags to flutter atop their pitiful little chapel. I recall, however, that fervent mass celebrated in Brooklyn the day after his death, the church filled with hundreds of grieving patriots, the church filled with a spirit of solidarity, of unity in sorrow. But upon leaving, a few groups of rabid extremists, all the more rabid in words, for they were comfortably ensconced in the diaspora, yes, a few groups of so-called “revolutionaries” spit upon his body. You should see those same people brandishing Richard’s body like a flag. You should see their fetid words in certain Red newspapers. Their words about Richard. Our murdered poet would have had for them the same smile of contempt he had for Luc Désir or for Michèle Bennett.

And then, all this resentment fades with time. He remains among us, still alive, his Poémons, his tales of wind and waves, his Diary of a Madman, and one evening at the Institut Français — that remarkable moment, unforgettable and moving — his cry of passionate love for Yvette[v], Yvette, lost in the audience, lost in her tears… A smattering of operatic arias he used to whistle, hands in his pockets, and the lament of another unloved soul, Jean Genet, whose poems he played on the radio to the outrage of the right-minded. Richard was never “right-minded.” He thought rightly, however. Who, after hearing Richard present Jacques Brel, can listen today to any song from the Flemish country without a sob rising in their throat? For Richard was from Belgium, just as he was from Haiti, just as he was from Spain, where the Fascists murdered another poet, Federico García Lorca.

[ii] This was a song (originally by Ansy Derose, then covered by Les Fantaisistes d’Haïti) about a prostitute named Altagrace in the Bois-de-Chêne neighborhood, where the houses were so run-down, they had to use all kinds of paper to cover the holes in the floorboards. One line was about Altagrace putting her toes through the eyes of an image of Brigitte Bardot. In his Show-Pourri at the Rex Théâtre, Richard Brisson irreverently changed the words to be about putting out the eyes of Michèle Bennett, and in so doing earned her lasting contempt. The original lines “Zòtèy antre — tyoup! — nan je Brijit Bado… Brijit Bado, men pa w! W a bouke foure je w nan zafè moun, w a bouke foure je w nan koze moun” were transformed: “Her toes went straight into the eyes of Michèle Bennett… Michèle Bennett, you’re getting yours. You’re gonna get tired of peeking at things that are none of your business, you’re gonna get tired of peeking at other people’s business.”

[iii] The chief of Duvalier’s secret police, a notorious torturer who famously kept one hand on his Bible and the other on his machine gun.

[vi] February 7, 1986 was the day Jean-Claude Duvalier fell from power.