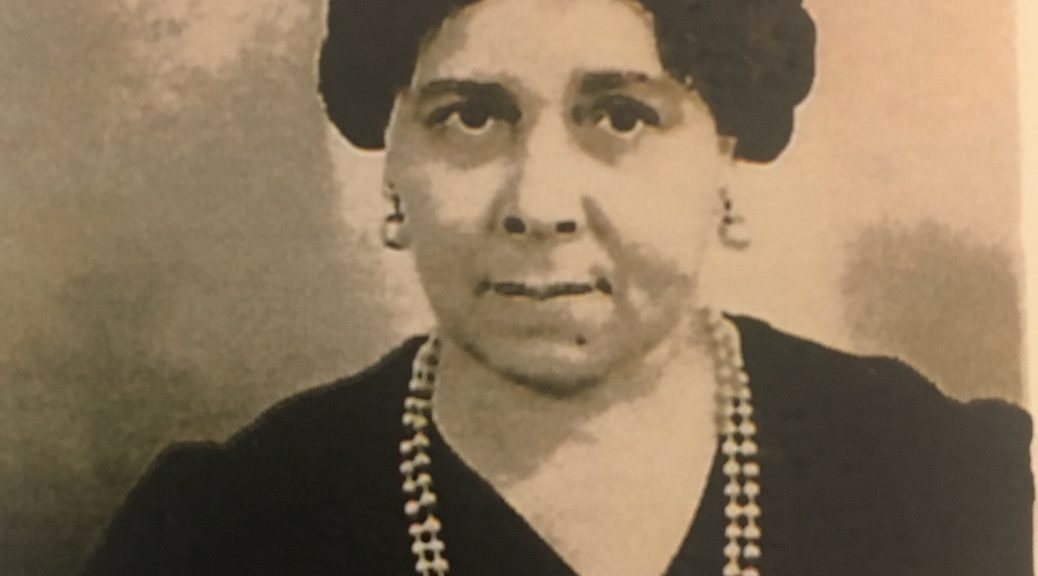 The FBI records in the Robert A. Hill Collection are extensive and include trial transcripts, government profiles of black nationalists, and reports of racial conditions during the Great Depression and Second World War (i.e., Hill’s 1995 publication The FBI’s RACON). Hill spent many years tracking down these documents for his research on Marcus Garvey since the FBI followed Garvey while he was living in the U.S. What I found fascinating when I was working on processing this portion of the collection is that it illuminates the lives of black nationalists largely hidden from view, such as Mittie Maude (Maud) Lena Gordon (1889-1961).

The obvious roadblock facing any researcher wishing to explore FBI records, however, is that much of the content is redacted (see document). The challenge, then, is to use what remains to uncover the important contributions that Gordon and other lesser-known activists made. During my research to better inform our collection processing, I noticed that scholars of the Black Nationalist movement have pointed out that the focus on Marcus Garvey has in large part overshadowed the efforts of women. While Garvey-centered, the materials in the Robert A. Hill Collection allow us explore the life and work of female activists like Gordon, recognizing the important role of women in addition to better understanding Garvey’s impact in the U.S. both before and after his mail fraud conviction and subsequent deportation back to Jamaica in 1927. Gordon was born in Louisiana and grew up in Arkansas with her nine siblings. Her family followed the teachings of Bishop Henry McNeal Turner, who advanced the idea that former slaves should relocate to Africa. Gordon adopted many of Turner’s views, namely that there was no other viable option for African Americans, particularly those living in the South, but to leave the U.S. As an adult, Gordon moved to Chicago where she joined Marcus Garvey’s Universal Negro Improvement Association and became the “lady president” of her division. Gender discrimination within the UNIA caused her to disaffiliate in 1929. In 1932 she established the Peace Movement of Ethiopia (PME) in her restaurant and garnered around 300,000 members. It was there that she launched a Liberian letter-writing campaign that linked the struggles of the Great Depression to those facing Liberians. The campaign culminated into a petition bearing almost a half a million signatures that she sent to President Franklin Delano Roosevelt, in which she requested support for African Americans to move to Liberia. Gordon’s dreams of African American relocation were never realized. She was arrested in 1942 at a PME meeting and charged with sedition on grounds that she had used the meetings to foster opposition to the war effort (see document). Gordon refuted the claims, but was convicted and sentenced to two years in prison in 1943.

Gordon’s trial is one of many transcripts in the FBI portion of the Hill Collection. These documents tell us a great deal about racial conditions during the 1930s and ‘40s and what activism looked like on the ground. My hope is that by shedding light on Gordon’s life and other female black radicals, we can broaden our understanding of the Black Nationalist movement and how we approach the materials that record its history.

This blog is based on research documents in the Robert A. Hill Collection as well as secondary literature. For further reading on Gordon, see Keisha Blain’s forthcoming, Set the World on Fire: Black Nationalist Women and the Global Struggle for Freedom (Philadelphia: University of Pennsylvania Press, 2018).