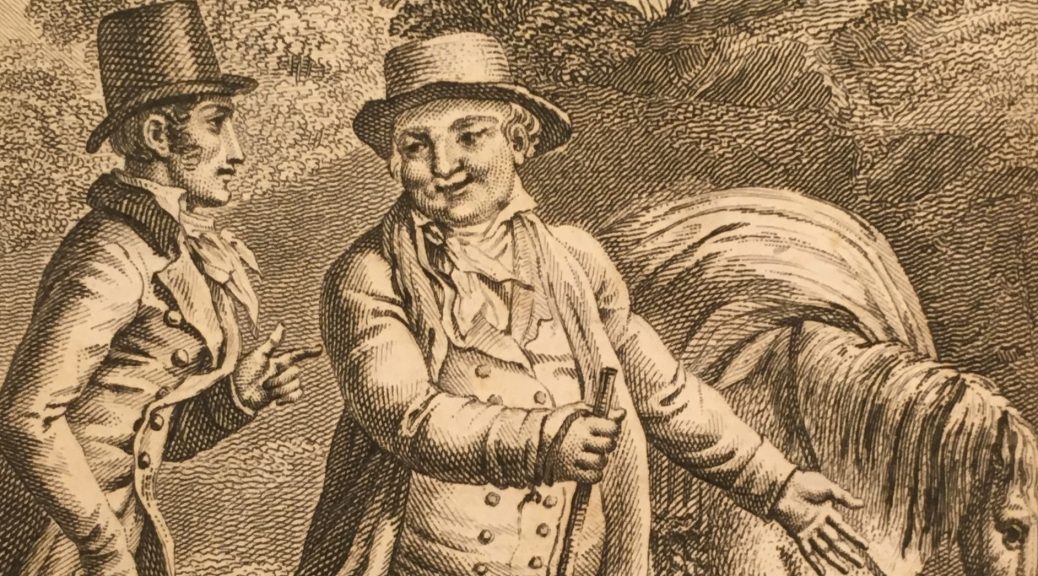 The Rubenstein Library has recently acquired an important gift from the Brand Family, descendants from the notable book collector and Duke graduate Harry L. Dalton, class of 1916. This is a French work, Simon de Nantua, written by the French moralist Laurent-Pierre de Jussieu and published in Paris in 1818. It tells the story of its title character, Simon de Nantua, a travelling merchant who trades as much in wisdom as in goods. The book, which was published under the auspices of the Société pour l’instruction élémentaire, was awarded the society’s prize medal in 1818. The library’s copy would be less remarkable were it not for its noteworthy provenance. Thomas Jefferson received the book in 1819 along with a number of other books from his Paris booksellers DeBures Freres. This is one of the books he purchased after selling much of his library to the Library of Congress in 1815. According to an invoice, Jefferson paid 3 francs for the book, which bears his ownership mark on page 17, signified in this case by the block letter “T” written in ink in front of the publisher’s signature mark “1*.”[1] According to James A. Bear, Jefferson employed this system of ownership marks, with slight variations, over a period of about fifty years. In a letter to Philadelphia publisher Mathew Carey, Jefferson praised the “school book” as “undoubtedly one of the best for young learners to read that I have ever known,” and even considered having the book translated into English, “so valuable” would it be “to our Elementary schools.”[3] The book was among those sold at auction in 1829 by Nathaniel Poor and is included in Poor’s catalog of Jefferson’s books.[4] Later in its history, this volume was owned by President William Taft.

Nearly 200 years after its publication it seems that there are only two copies held by libraries in the United States, and both of these copies have a Jefferson connection. The Duke copy is Jefferson’s own copy, and the other copy is held by the University of Virginia. Jefferson in 1825 recommended a number of items to the University of Virginia library of which this was one.  This volume is now available in the Rubenstein Library reading room.

2 thoughts on “New Acquisitions – From the Library of Two Presidents”