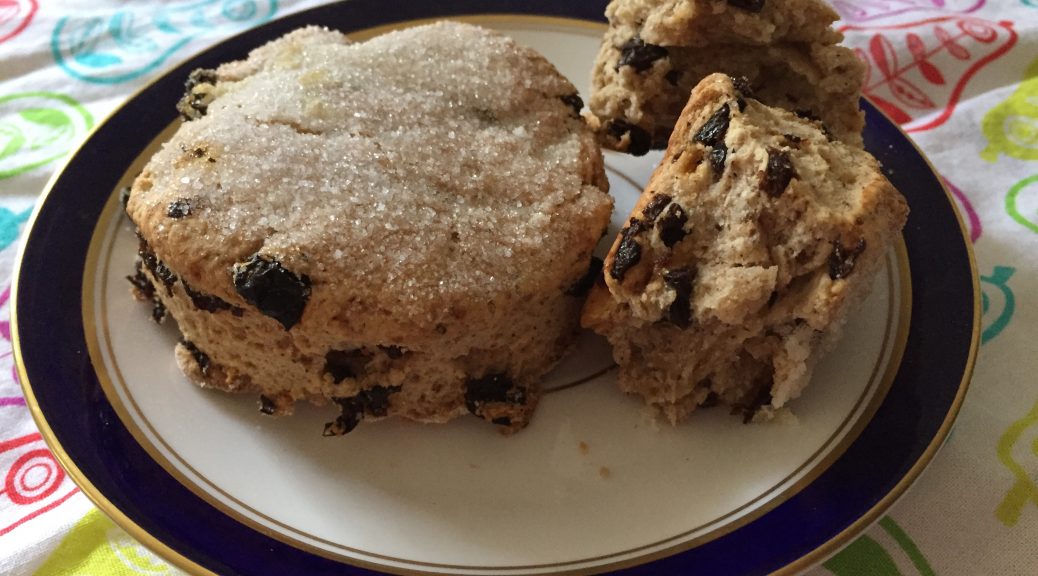 Baked and gnawed by Beth Doyle, Head of Conservation Services

For my Test Kitchen entry I picked a recipe from the Eleanor King Commonplace Book (1781-1783). The entry “To Make Sherif Cakes” caught my attention because I had never heard of a Sherif Cake. My research did not find anything with this name or similar variation on the name. This recipe remains a bit of a mystery in terms of its origin. 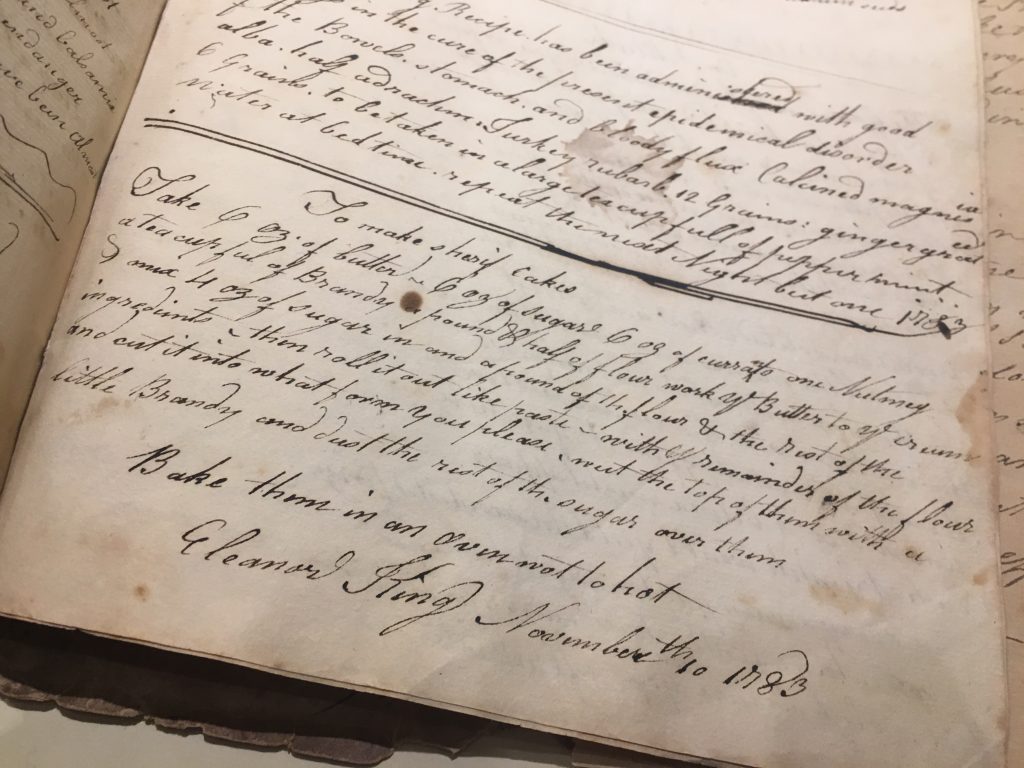 The recipe, dated 1783, reads very much like a cross between a shortbread and a scone. With no leavening, I anticipated these would be very dense.

“Take 6 oz of butter—6 oz of sugar—6 oz of currants—one of nutmeg a teacupful of Brandy a pound & half of flour work [the] butter to [the] cream & mix 4 oz of sugar in and a pound of the flour the rest of the ingredients then roll it out like paste—with [the] remainder of the flour and cut it into what form you please. Wet the top of them with a little Brandy and dust the rest of the sugar over them. 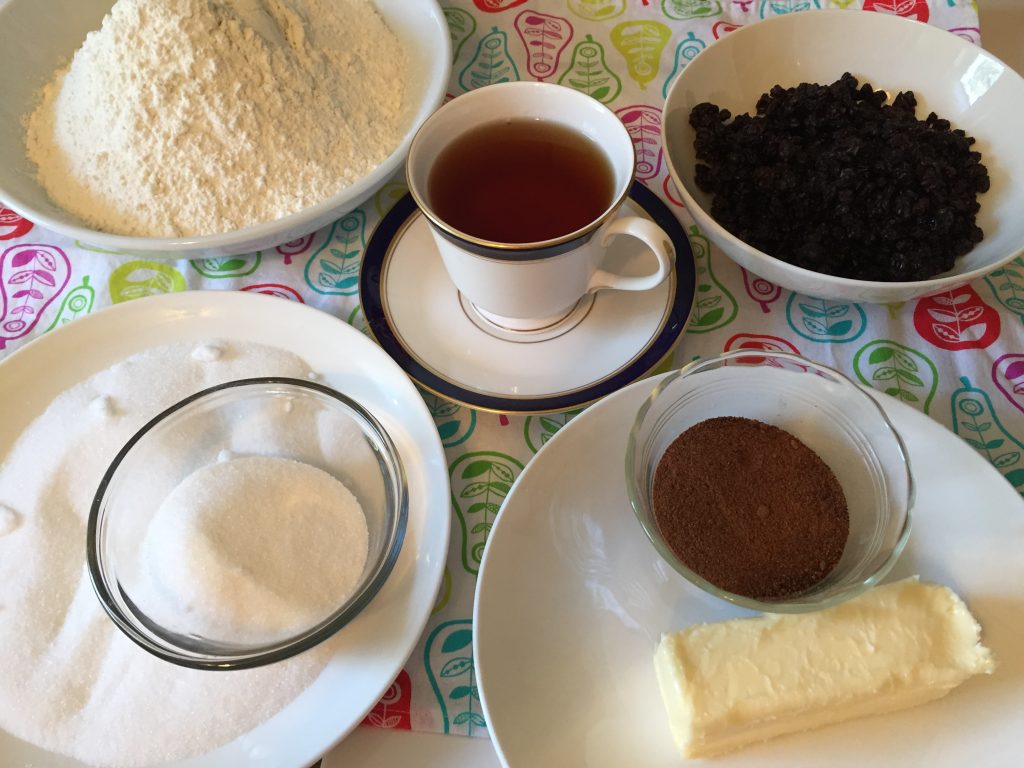 With that decision made, it was time To Make Sherif Cakes. I gathered the ingredients, including the “teacupful of brandy.” 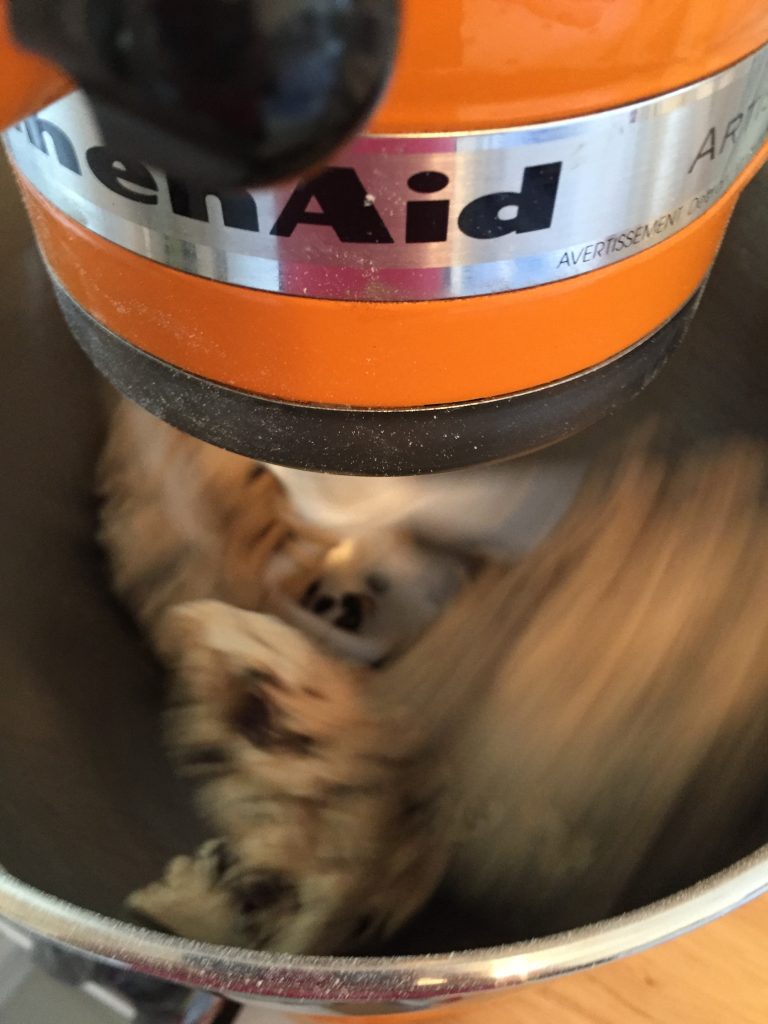 I creamed the butter and sugar, then added the remaining ingredients, being sure not to overwork the dough. 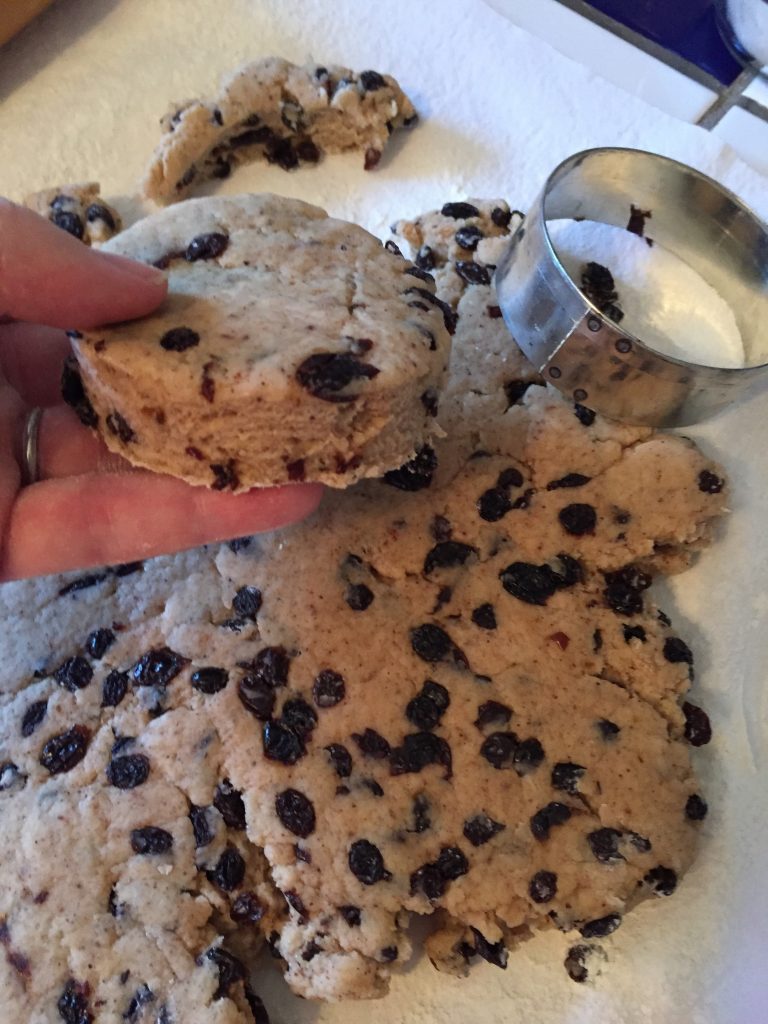 I transferred the dough to a floured board. Before “roll[ing] it out like paste” I had to decide how thick these should be. I wasn’t sure if “like paste” was a hint, long lost to time, as to how thick the cakes should be, or if that simply described the very stiff dough. I decided since these were very scone-like I would make them thick like scones. I rolled them out to about ¾ of an inch thick and cut them with a biscuit cutter. I then brushed the tops with brandy and sprinkled them with sugar. Into the oven they went “until done.” For me, that was about 40 minutes at 350 degrees F. 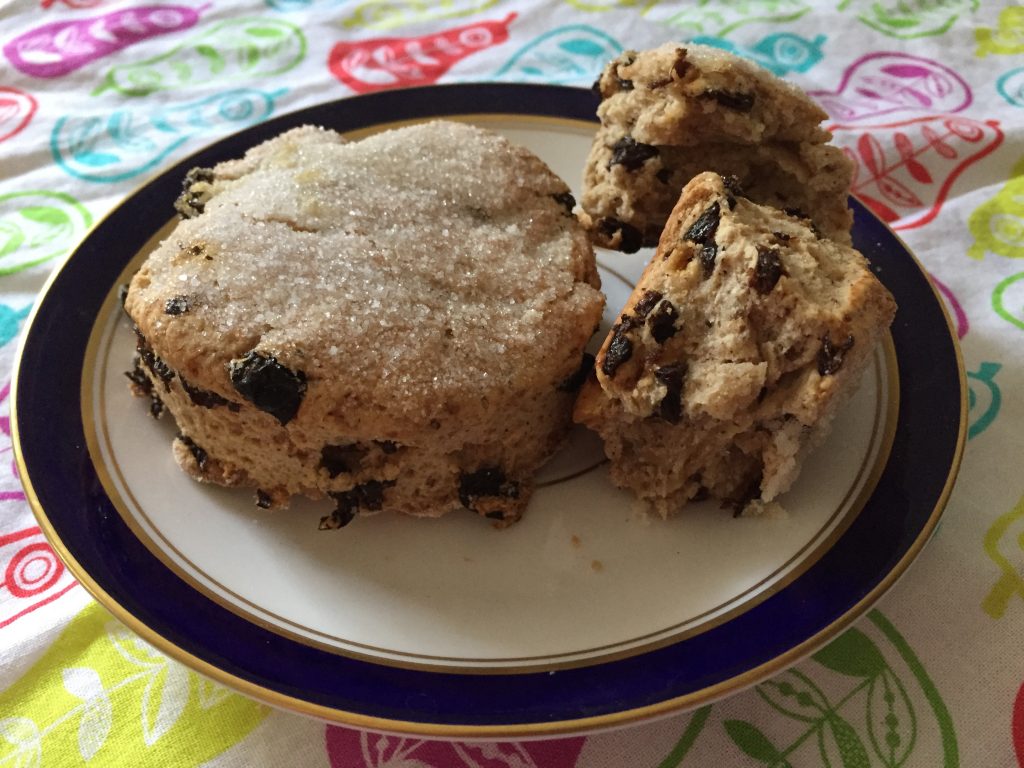 The result was a very dense cake/scone. They taste like nutmeg and not much else. My nutmeg expired two years ago (!!) and is not very strong. Even at half an ounce of stale nutmeg, the nutmeg flavor is overpowering.

Straight from the oven these were slightly chewy. As these cooled, however, they became very hard, almost like what I imagine hard tack must be like. They would probably be best dunked in a strong cup of tea or coffee, and perhaps that was the intent. Or, perhaps, these were supposed to be more like a shortbread cookie, rolled out thinner so they are more crisp and easier to chew. Even so, they would still probably need dunking in a liquid to make them safe for your teeth.

Without substantial changes, I’m not sure I would make these again unless I was going on a long sea journey with no access to refrigeration. However, the idea of a nutmeg-currant scone is interesting. I might try making a standard currant scone, adding some nutmeg (maybe starting with 1-teaspoon), and serving with a brandy-infused whipped or clotted cream. Now that sounds delicious.

If you decide To Make Sherif Cakes, I’ve rewritten the recipe below for easier interpretation. If you do make these, let us know how they turn out in the comments.

Ingredients
–6 oz butter, softened
–6 oz sugar [set aside 2 ounces for the topping]
–1-1/2 pounds all purpose flour [start with 1 pound, or even less, and add as needed; save about a ¼ cup for dusting your rolling board and pin]
–6 oz currants
–1 oz nutmeg [or to taste; it’s a LOT of nutmeg]
–1 cup Brandy

Cream the butter and 4 oz. of sugar together.

Add 1 pound of flour and the remaining ingredients, mix until combined. [You might want to experiment here and start with ¾ of a pound of flour to try to get a slightly lighter dough.] Do not overwork the dough.

Roll out on a floured board to whatever thickness you like. Cut into shapes. Brush the tops with a little brandy and dust with the remaining 2 oz of sugar. Place on a baking sheet. Bake until done. Mine took about 40 minutes, but they were about ¾ inch thick. If you roll yours out thinner, adjust the baking time.