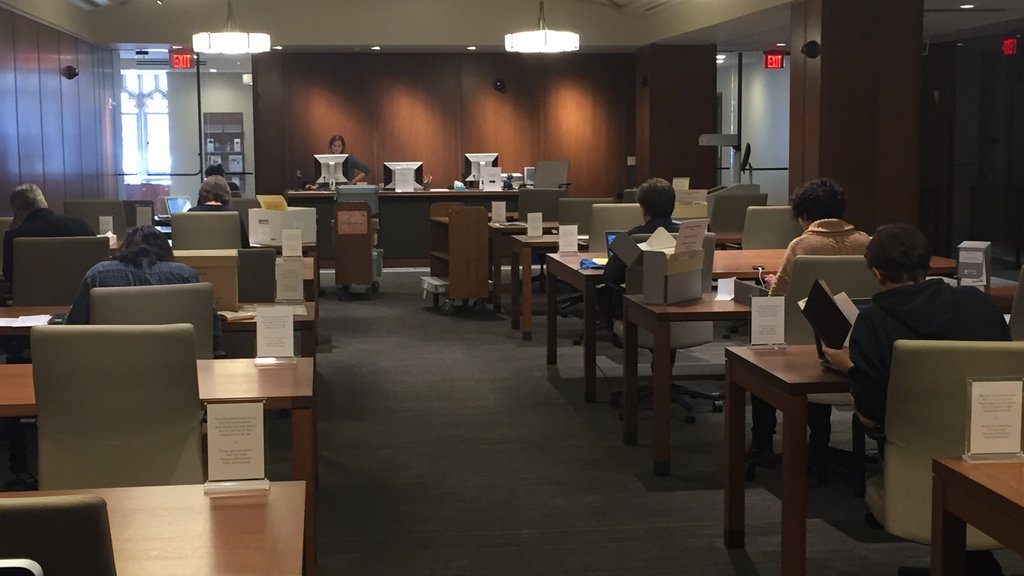 On January 6, we invited our colleagues across the Duke University Libraries to come to the Rubenstein Library and explore our collections. Of course they (and anyone else) are welcome to come do research at anytime, but sometimes it’s fun to bring some conviviality to our reading room. Check out what our colleagues looked at – they have such good taste!

Winston Atkins – Preservation Officer
I used the Frank Clyde Brown Papers, General Editors’ Papers Series. In the process of editing Brown’s massive collection of North Carolina folklore for publication, the two associate editors who focused on ballads and folk songs chose not to publish about 25 percent of the collection’s music. I’m curious about the characteristics that led them to exclude a song. Naturally, they would want to omit songs that were under copyright, but even so, ambiguity existed. In 1954, one of the associate editors, A. P. Hudson, sent the Duke University Press the first of five checks for $50 to reimburse them for a reprint fee paid to Shapiro, Bernstein, & Co., a music publishing house. Hudson’s recently-published volumes had included songs that had begun as folk songs but unhappily, versions of these songs were under copyright. “I simply did not believe that any one would object to our publishing, without music, the somewhat garbled traditional texts of a lot of pieces that began as all folk songs do.” No word on whether the Press accepted the check.

Amy McDonald – Assistant University Archivist
I spent a little of my research time browsing through a curious scrapbook in the papers of Braxton Craven (considered Duke’s second president, he led the institution from 1842 to 1863 and then from 1866 to 1882). It contains sentimental and moralizing love stories clipped from newspapers and magazines. Many of the stories are accompanied by handwritten summaries of their key lessons; you can see examples of these words to live by on the Rubenstein’s Tumblr. 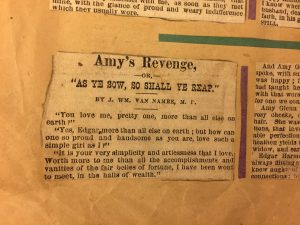 I’m not entirely certain who kept the scrapbook (Braxton Craven himself? A family member?)—but lest you think that this guy doesn’t look susceptible to this sort of story, let me remind you that one of his claims to fame is as the author of “Naomi Wise: Or, The Wrongs of a Beautiful Girl,” the story of a Randolph County, NC murder that became the basis for the oldest known American murder ballad.

Research-a-palooza time was nearly up when I came to a story with a truly great title (photo at right). I didn’t get a chance to read it (saving something for the next research-a-palooza!), but I’m sure Amy’s revenge was suitably epic.

Hannah Rozear – Librarian for Instructional Services
During Rubenstein Library’s Research-a-Palooza I looked at 1930s issues of a student literary magazine called, The Archive. I chose this item because I knew that a student activist and leader of Duke’s American Student Union, Sheldon Harte ‘37, was an editor for The Archive and I was curious to see what kinds of essays he’d contributed. I did find a piece of his he wrote called, “Red is Symbolic of Kay,” – which was a really interesting find because it’s a short allegory that Sheldon wrote about communism. After graduating from Duke, Sheldon moved to Mexico City where he became a bodyguard for Trotsky and, tragically, was kidnapped, tortured, and killed by enemies of Trotsky in the summer of 1940 (see Duke magazine article for details).

Megan O’Connell – Research Services Assistant, Rubenstein Library
Having been around during the tail end of the Cold War amid national fears of nuclear attack, I was curious to see how these concerns had been addressed on college campuses such as Duke. Duke’s Fallout Preparedness Committee worked in the 1960s to evaluate the readiness of the University and community for a nuclear attack, assess existing infrastructure, build fallout-shelter infrastructure, and establish plans for emergency actions. From their reports, I learned that the Perkins library building is a superior shelter due to our sub-basements and thick stone walls; that early plans detailing which faculty and staff would shelter in the library neglected to include the Library staff (!); and that people sheltering for extended periods were to be offered sedatives and shuffleboard. 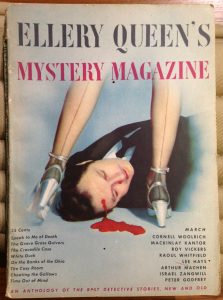 I requested the Sarah Bowdich Lee manuscript on African history and geography from the 1830s to take a look since I had come across it in the catalog by chance. We have a collection of digitized women’s travel diaries, so I was curious about whether it might be a fit for that. In reviewing it, I felt empathy for undergraduates and other researchers who struggle with cursive writing—it was legible but difficult to skim. Though it is intended as scientific and based on observations, the colonialist tone towards the people and cultures she encountered in Africa were apparent from page one.

After setting the Lee manuscript aside, I poached a box of Ellery Queen’s Mystery Magazines from the shelf on hold for my colleague Kate Collins who will be leading a class on Mystery Fiction. I am a huge fan of shows like Murder, She Wrote and book series like the Dublin Murder Squad by Tana French, so I couldn’t resist. The covers were all pulp style illustrations, so I ended up browsing through the entire box rather than settling on a Dashiell Hammett short story to read.

Aaron Welborn – Director of Communications
If Research-a-Palooza was a contest, Aaron definitely would have won. He and his wife looked at more than 10 books and archival collections. Here some of highlights from what they saw: 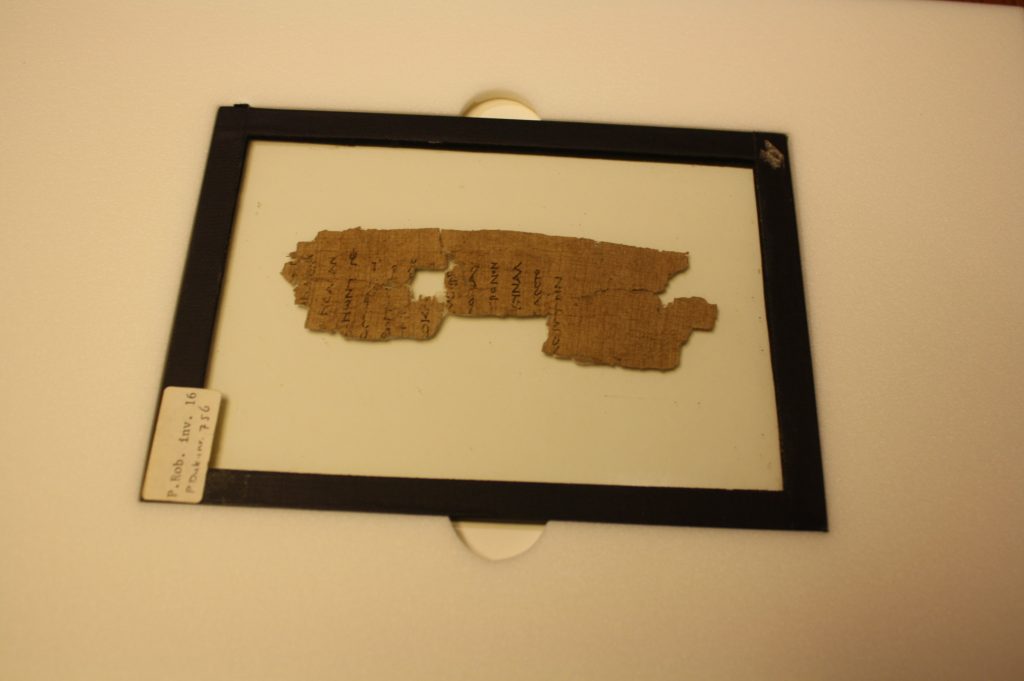 I had just finished reading Ryszard Kapuściński’s Travels with Herodotus, a beautiful, meditative book about his many decades as a foreign correspondent for the Polish Press Agency. Throughout his travels, Kapuściński took along a copy of Herodotus’s Histories, and he interweaves his own stories of covering political coups, civil wars, and repressive regimes with interludes from the 5th-century BC historian. The stories in that ancient text become a kind of lens through which to see the ongoing, seemingly eternal struggle of East vs. West, as well as the craft of writing history. The history of the ancient world has been passed down to us in bits and fragments, and it’s amazing that any of it survived. So I wanted to lay my eyes on one of those fragments and see it up close and in person. It was really cool. 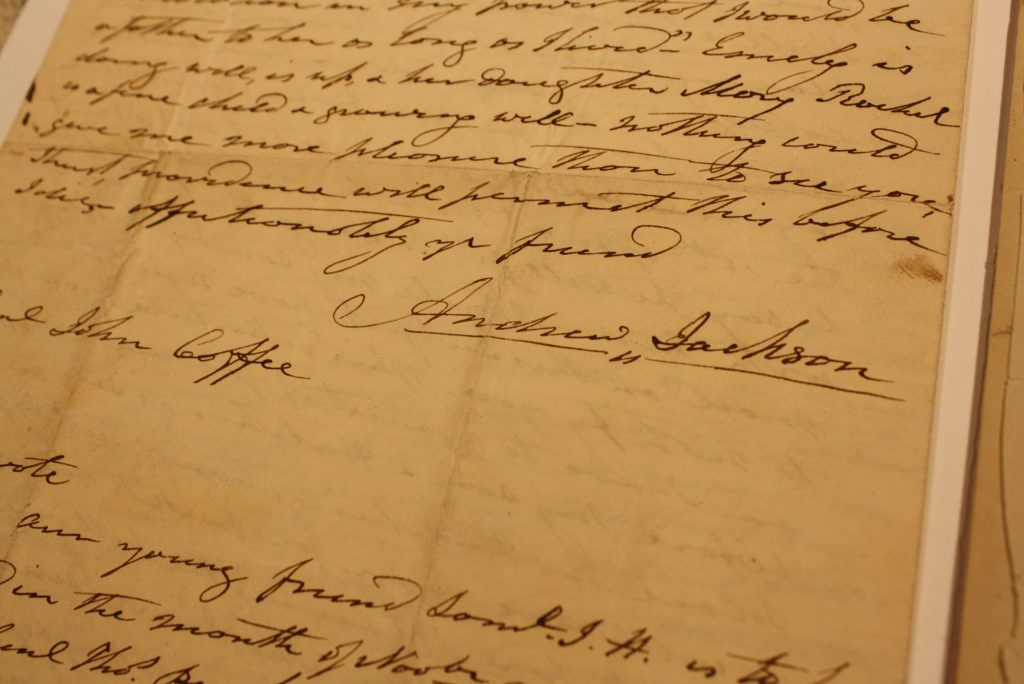 here have been a lot of comparisons in the press lately between Andrew Jackson and Donald Trump. Some people have this romantic vision of Jackson as an “American lion” who had an almost mystical connection with the masses and who bent the arc of history to his will. But it’s also worth remembering that Jackson was a genocidal demagogue with an unwavering commitment to slavery. The papers in this collection contain interesting glimpses of relations between the U.S. government and the Creeks, Cherokee, and Seminoles, who Jackson ultimately expelled from their own lands in one of the most shameful episodes of American history. Plus ça change… 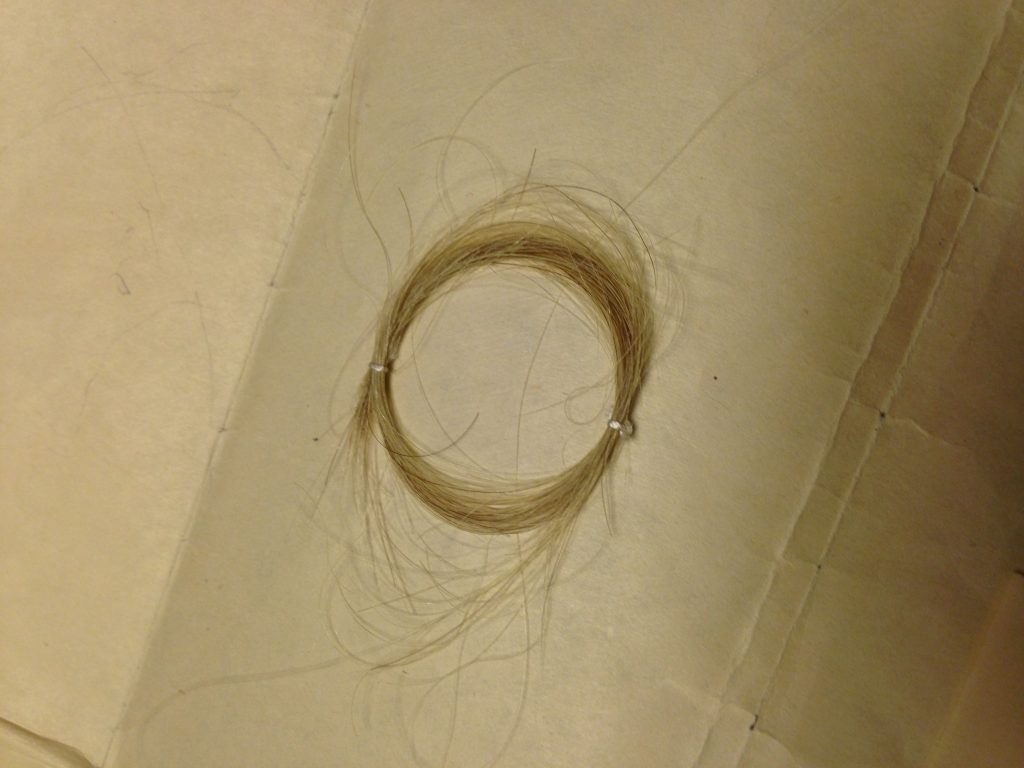 Various Whitmaniana, including his corrected versions of “Songs of Myself” and two locks of his hair.
I’ve always heard about our Whitman stuff, but I’ve never actually taken the time to look at any of it. There is SO MUCH to peruse! His handwritten corrections to “Song of Myself” are fascinating in particular and reveal a messy, restless mind that was always revising, always trying out new turns of phrase. On one page, you can see where a drop of blood stained the paper, and Whitman has pointed to it and written “Inspiration!” As for the hair, I just wanted to see it because I could.

One thought on “Research-a-Palooza 2017 Round-Up”