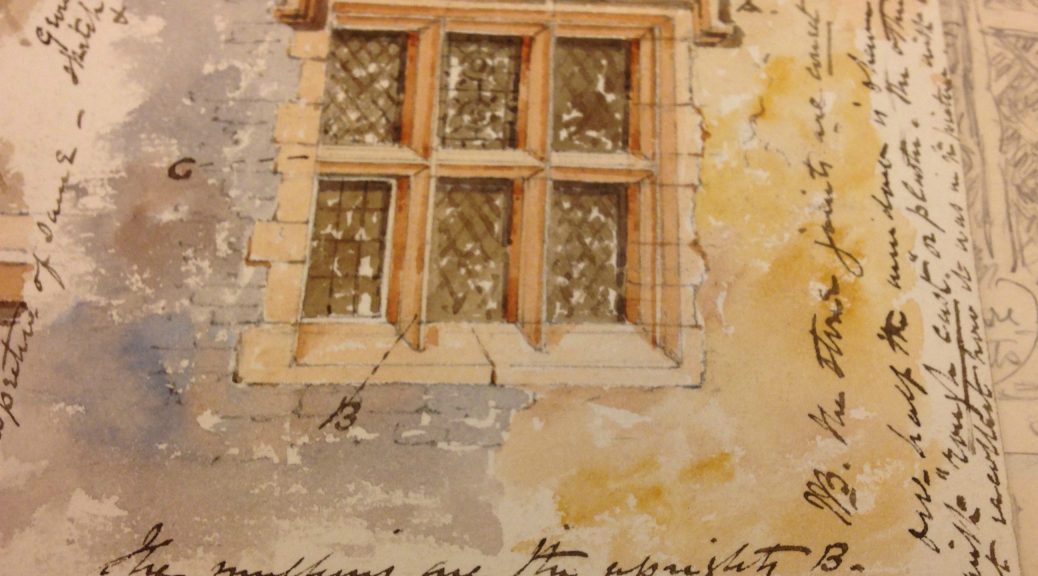 The materials in the Lisa Unger Baskin collection celebrate more than five centuries of women’s work. One of the highlights of describing and cataloging these collections is the remarkable talent that is often showcased by these women.

Helen Allingham, born near Derbyshire, England in 1848, studied at the Birmingham School of Design and the Royal Academy School in London.  In fact, she was the niece of the first female student at the Royal Academy School, Laura Herford. Allingham began her career as an illustrator, but eventually became well known for her watercolors, usually of cottages. Her renderings often showed so much detail that they have been studied by architects interested in the construction of these buildings.

Following her studies, she supported her widowed mother with her work as an illustrator for publications like The Graphic. She was a founding staff member of the newspaper, and the only woman on staff. Her other work includes the original illustrations for Thomas Harding’s novel Far from the Madding Crowd.

She married William Allingham, an Irish poet and editor, in 1874. After their marriage, Helen shifted her career focus to watercolor painting. Her work was widely praised by the art community in London. She had paintings accepted at the Royal Academy Summer Exhibition, and was eventually the first woman granted full membership to the Royal Watercolour Society. After the family’s move to Surrey in the early 1880s, Allingham began painting the cottages for which she is best known.

The collection includes sketches and drawings made in graphite, watercolor, and pen and ink, dating from 1868-1916.

Subjects in the scrapbooks from the LUB collection are varied, and include English cottages and buildings, architectural features, sailboats and coastal scenes, figures, landscapes, and botanical items. Essentially, Allingham drew or painted anything that she came across during her travels, from a simple pile of rope to a vestry door. Many of the images are only about two inches wide.

Stop by and spend some time with these scrapbooks!

Getting Ready . . .
#28daysofblack at the Rubenstein
ASDU's Task Force on Black-White Relations