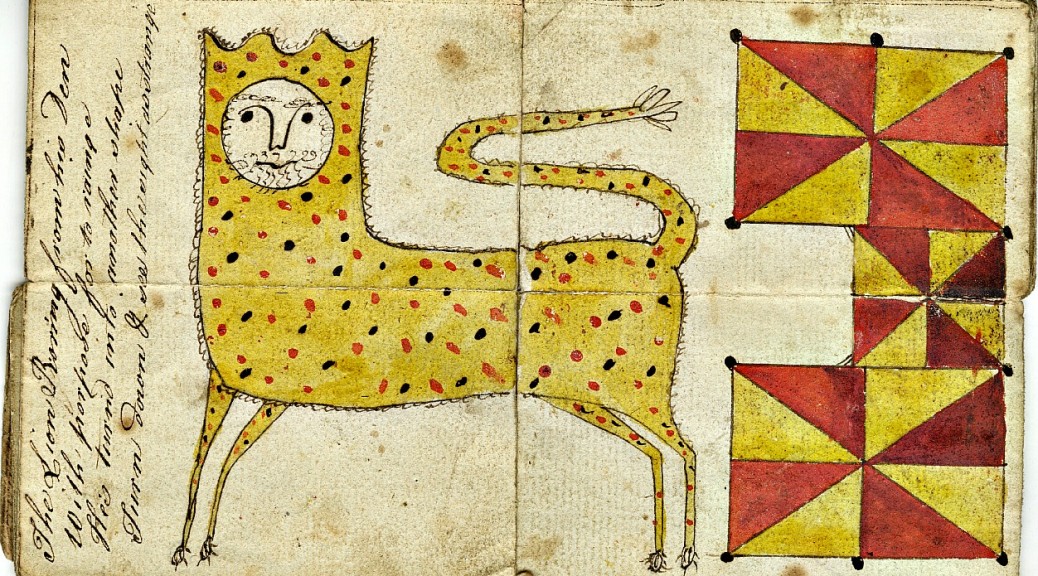 With constant access to moving images via your cell phone, laptop, or tablet, I expect it is difficult to imagine when even simple movement in a book was revolutionary. But just image the impact of being able to manipulate part of a page in a book in the 18th century!

The Rubenstein’s History of Medicine Collection features many early movable books, which were usually intended for scholars. These were generally the “turn-up” style, often used by students of anatomy, where separate leaves, each featuring a different section of the body, were hinged together and attached to a page. One of the best examples, De humani corporis fabrica librorum epitome was printed by Andreas Vesalius in 1543.

It wasn’t until the late 1700s that movable books intended for entertainment were produced, usually for children. In 1765, Robert Sayer created a movable book that involved lifting a flap. Ann Montanaro explains the construction of these books in her “A Concise History of Pop-up and Movable Books:”

[the] books were composed of single, printed sheets folded perpendicularly into four. Hinged at the top and bottom of each fold, the picture was cut through horizontally across the center to make two flaps that could be opened up or down. When raised, the pages disclosed another hidden picture underneath, each having a few lines of verse.

These books quickly became popular and had different names based on their content or composition of illustrations, including “metamorphoses,” “harlequinades,” as well as the unfortunately-named “toilet books.”

As part of the Lisa Unger Baskin Collection, we recently received one of these metamorphoses books, handmade by Elizabeth Winspear in 1799. Unfortunately, that is the limit of all we know about her. The book features just four pages in full color with accompanying verse, each page with two flaps that reveal a new drawing underneath, in stages. The verses include instructions for how to move the flaps. One reads: The Lion Roaring from his Den / with porpose [sic] for to rainge [sic] / He’s turn’d into another shape / Turn down & see the sight so strange

I don’t want to give everything away! There is immense entertainment value to this little item. Initially we are introduced to Adam, whose Eve is not what one has come to expect. However, it is clear that Winspear also intended some instruction or moral training to occur by reading this book, for all does not end well, despite a character’s obtaining gold and silver. The piece ends as a cautionary tale.

Stop by and see this new gem in our collection!

How to Define A Successful Synagogue and Other Practices of Activism
A Melancholy Skeleton
Wonder Woman's Wintry Foe: The Blue Snowman