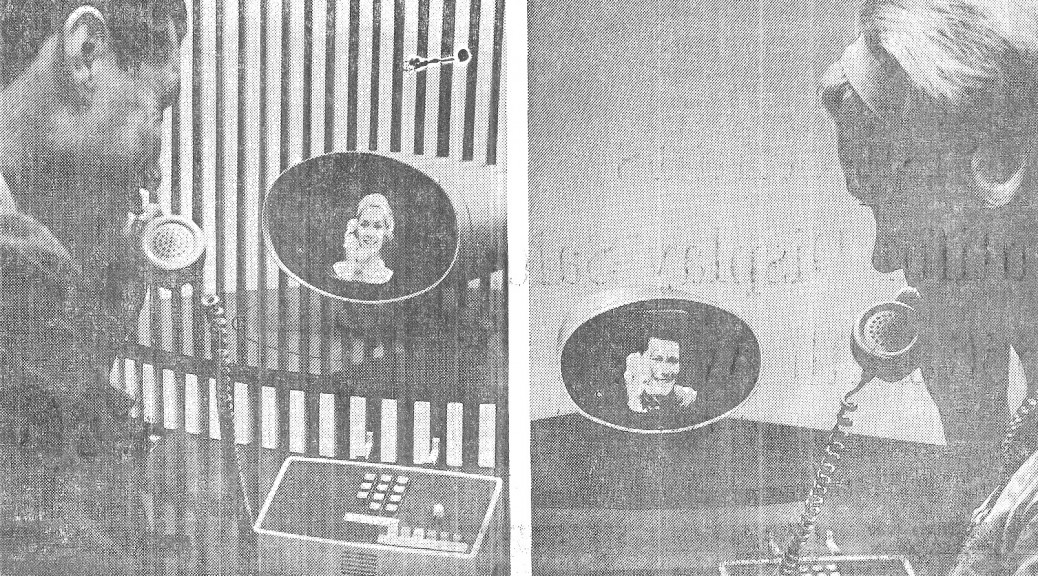 According to Wikipedia, the webcam era began in 1991 when a camera was aimed at a coffee pot in a Cambridge University lounge and left on for a decade. Nowadays it’s commonplace to communicate via video-conferencing, FaceTime, Skype or other video-phone platforms but the technology has only been widely available for a relatively short time. In the mid-1950s links between  telephones and televisions were developed, but the public only saw the technology for the first time at the 1964 World’s Fair, which also introduced touch-tone phones. Industrial trade ads touting the ability to send phone signals to television screens appeared in the early 1960s, and consumer possibilities of what were then called “Picturephones” began to be marketed in 1963-1964, as seen in this 1964 ad from New York Telephone. It would take another 40 years before smartphones put telephone and video capabilities in the hands of most consumers worldwide.