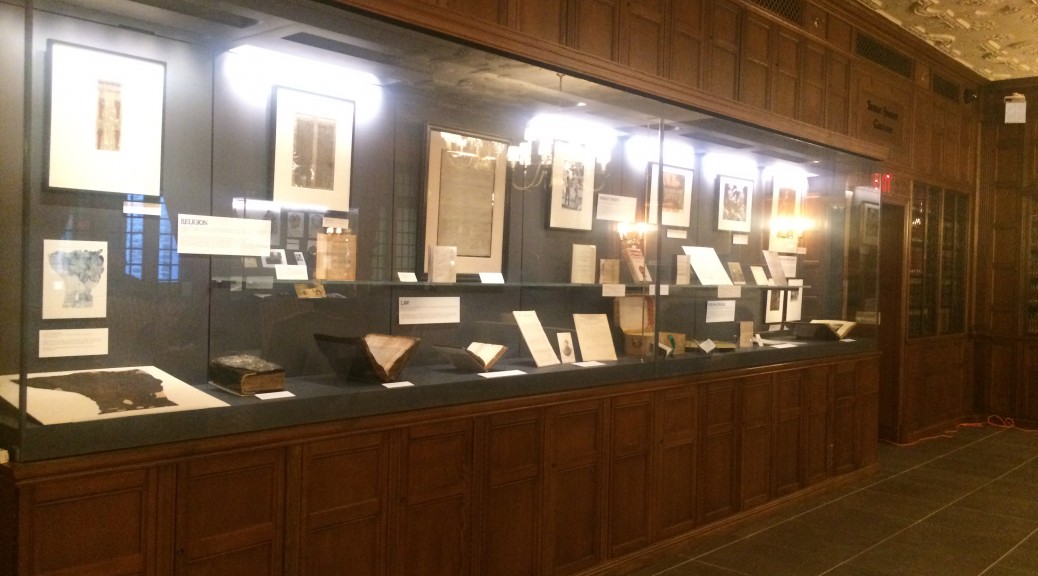 “Neither slavery nor involuntary servitude, except as a punishment for crime whereof the party shall have been duly convicted, shall exist within the United States, or any place subject to their jurisdiction.”

December 6, 2015, marks the 150th anniversary of the ratification of the 13th Amendment to the U.S. Constitution. This amendment ended slavery in the United States and marked the first substantive change to America’s conception of its liberties since the Bill of Rights was ratified in 1791. Its passage permanently freed four million African Americans (almost a third of population of the Southern States) from involuntary bondage.

David M. Rubenstein (T’70) has loaned a manuscript copy of the amendment to the Duke Libraries, and it will be on display in the Mary Duke Biddle Room in the Rubenstein Library until December 13, 2015.

On the day the amendment was passed by Congress, several Congressmen had clerks engross souvenir copies, which were then passed around for the signatures of those who had voted for its approval.  This is one of those copies, and it was signed by 34 Senators and 93 Congressmen.  In the confusion of the moment, several of them signed the page more than once.

The 13th amendment was the first of three amendments passed in the wake of the Civil War that significantly expanded American civil rights.  The 14th amendment (1868) granted citizenship to “all persons born or naturalized in the United States,” including those recently freed from slavery.  The 15th amendment (1870) declared that no man could be denied the right to vote based on “race, color, or previous condition of servitude.”

One thought on “Celebrating the 13th Amendment”