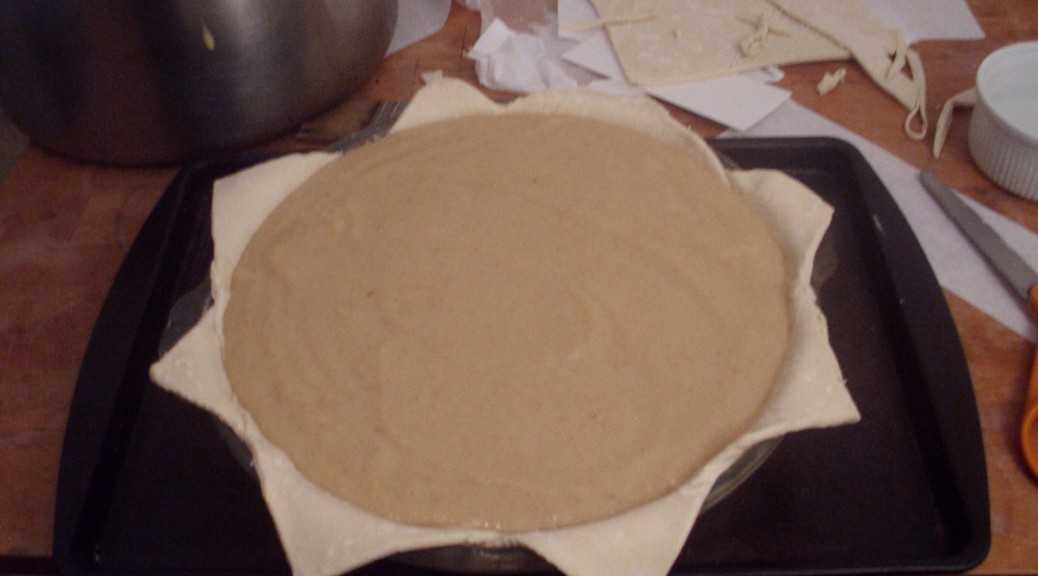 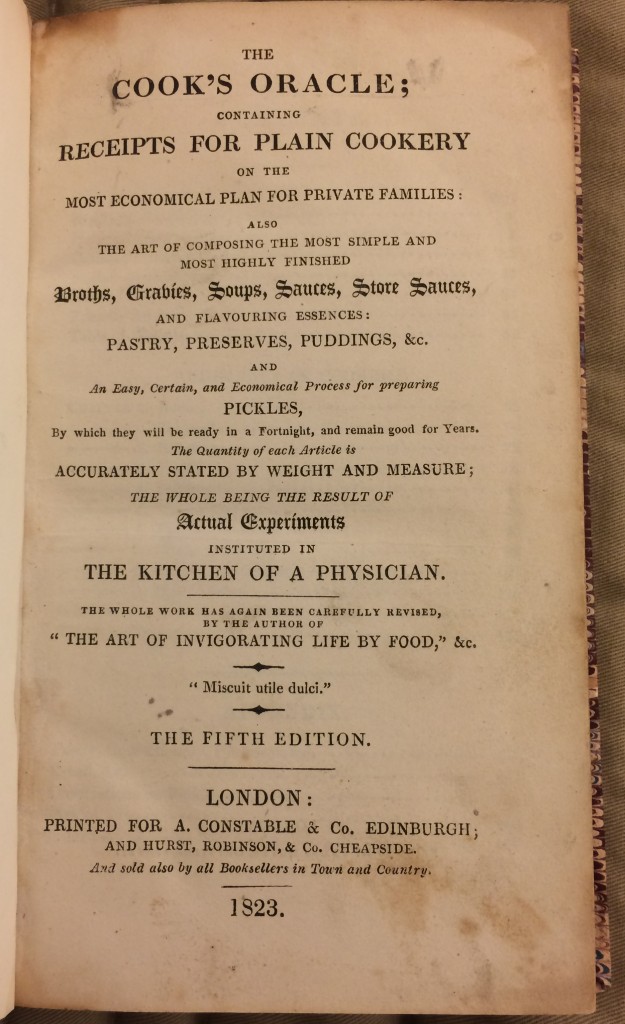 The Cook’s Oracle was a bestseller when it was first published in 1817. Its author, William Kitchiner (1775-1827), was a household name in England at the time, and was known for being an atypical host to his dinner guests – he prepared the food rather than his staff and even did the cleaning up as well. In addition to being an avid cook and successful cookbook author, Kitchiner was also an optician and inventor of telescopes, which perhaps explains why this particular cookbook is in the History of Medicine Collections here at Duke.

In the United Kingdom, the origin of the potato chip is attributed to Kitchiner, with The Cook’s Oracle including the earliest known recipe. The recipe, “Potatoes fried in Slices or Shavings,” instructs readers to “peel large potatoes, slice them about a quarter of an inch thick, or cut them in shavings round and round, as you would peel a lemon; dry them well in a clean cloth, and fry them in lard or dripping.”

Other notable entries include eleven recipes for ketchup – including two types each for walnut, mushroom, and tomato ketchups – and the recipe for wow-wow sauce, which is parodied (though retains the same name) in the Discworld novels by Terry Pratchett.  [Ed. note: Earlier this year, one of our cooks made Kitchiner’s Shin of Beef Stewed with Wow Wow sauce, complete with mushroom ketchup.] 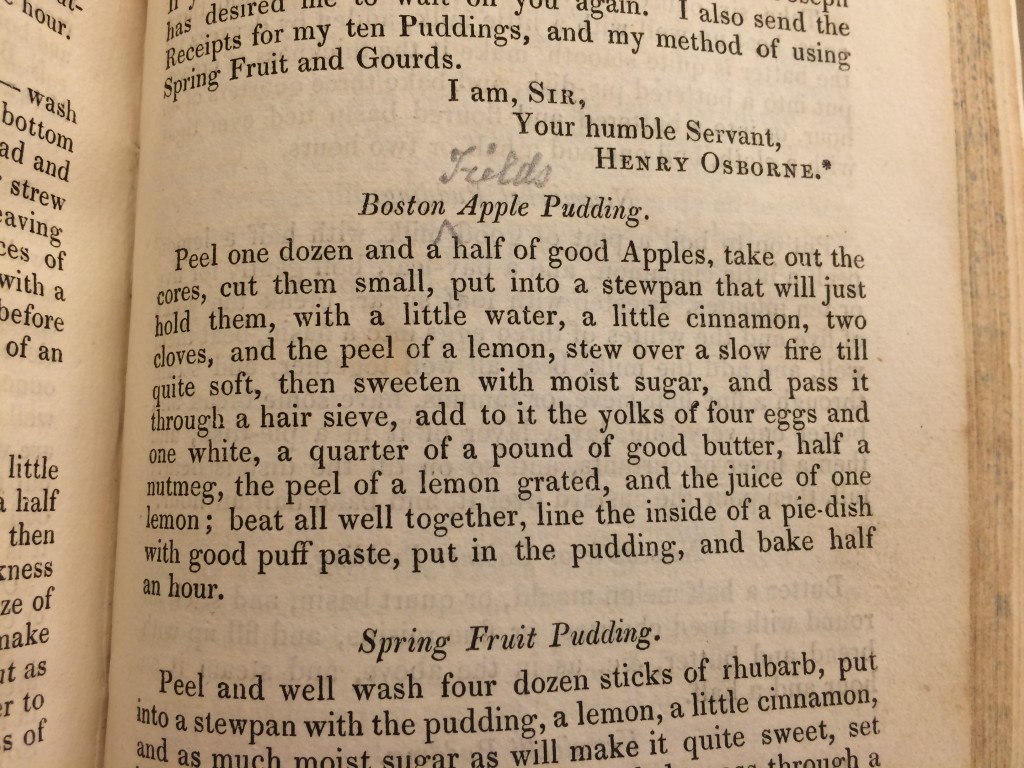 Looking through our copy of The Cook’s Oracle, I was drawn to the recipe for Boston Apple Pudding. It seemed like a simple recipe, and I was curious to know what apple pudding would be like. 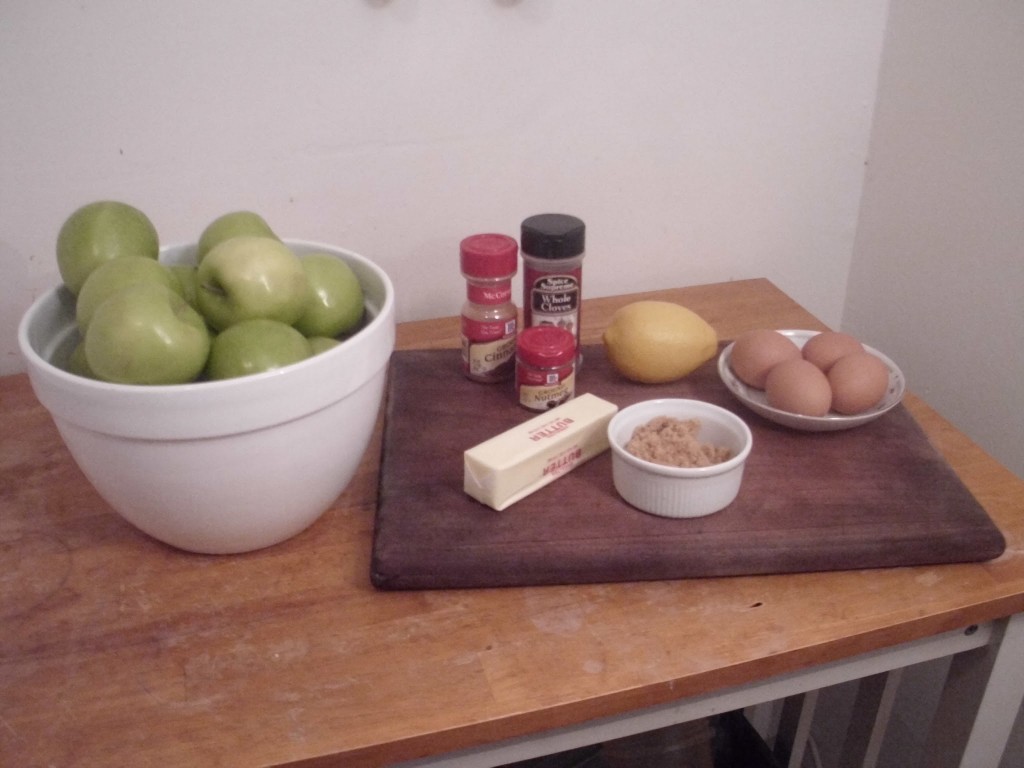 As I was gathering ingredients, some things were unclear. How does one determine what constitutes “one dozen and a half good Apples”? I ended up buying a five pound bag of apples and peeling all of them with the help of a friend. 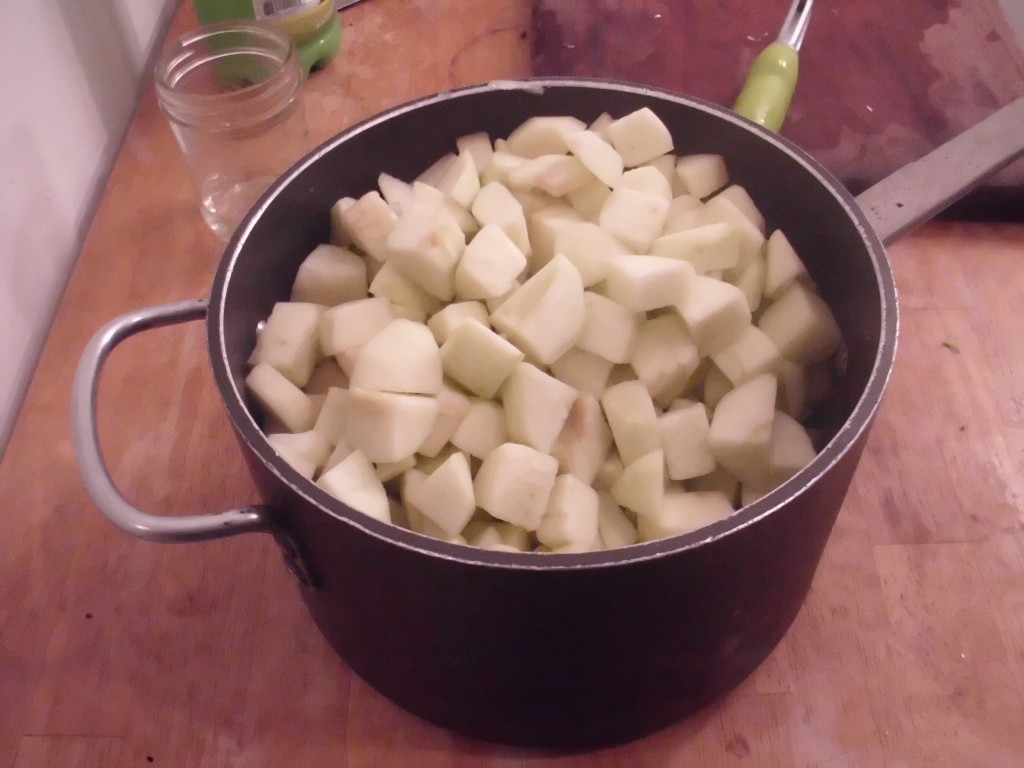 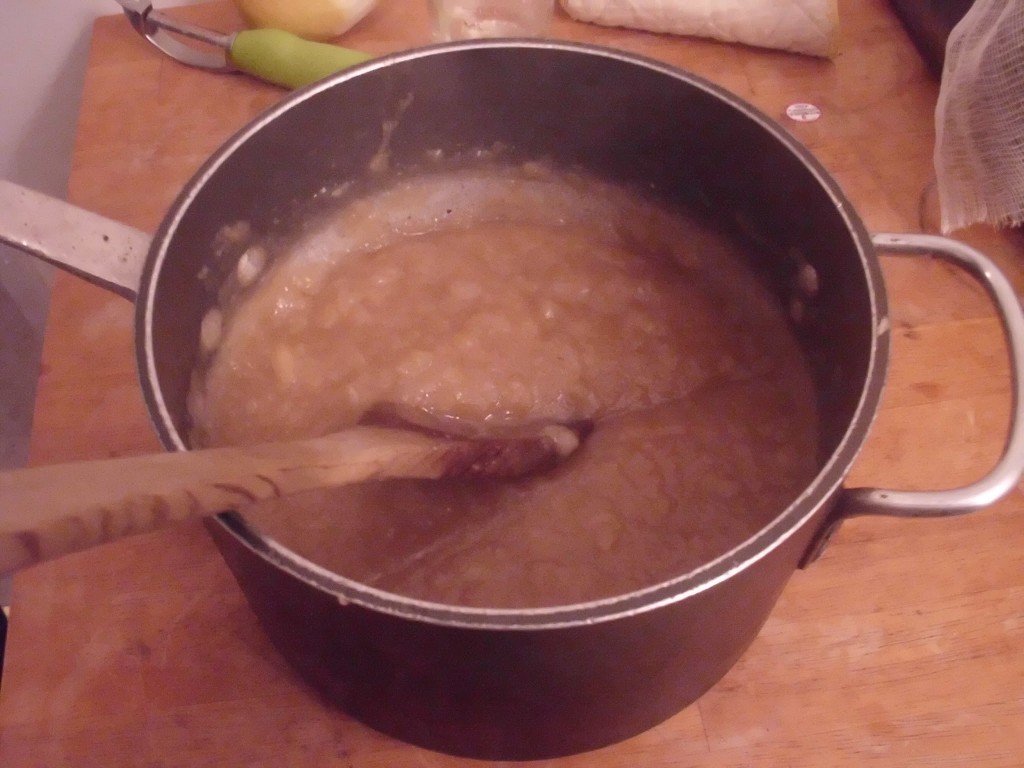 The apples actually cooked down pretty quickly – it probably took less than thirty minutes in total. I didn’t know what “moist sugar” is, but it turns out it is actually a thing. Because we already had brown sugar, that’s what I used to sweeten the apples. 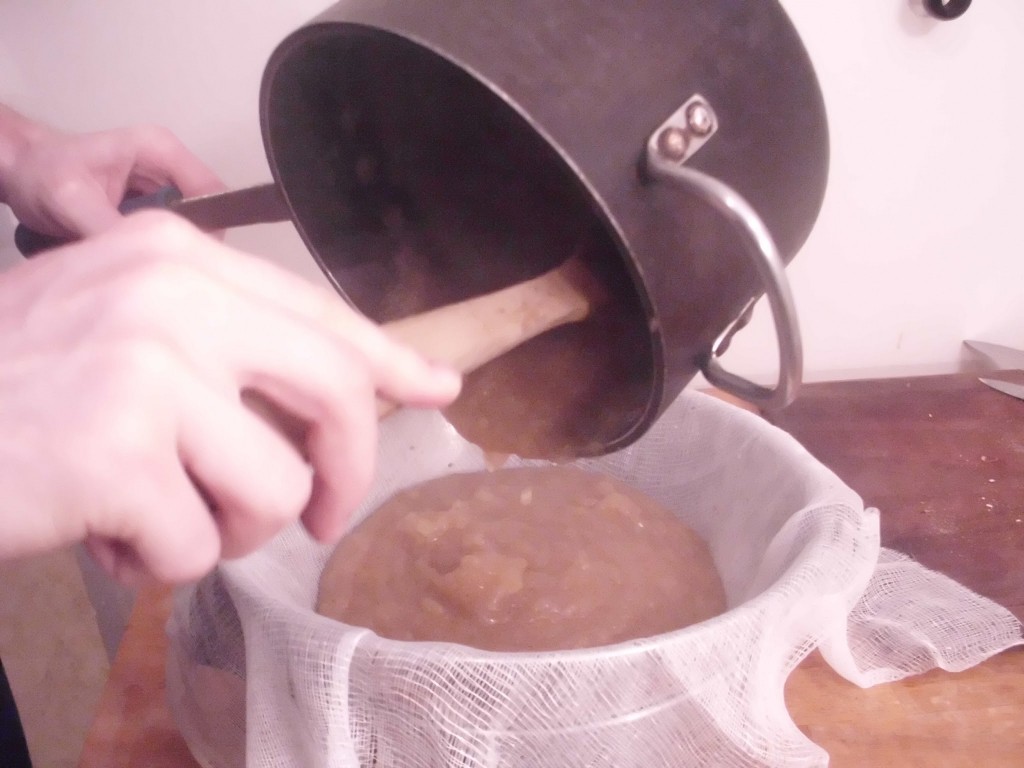 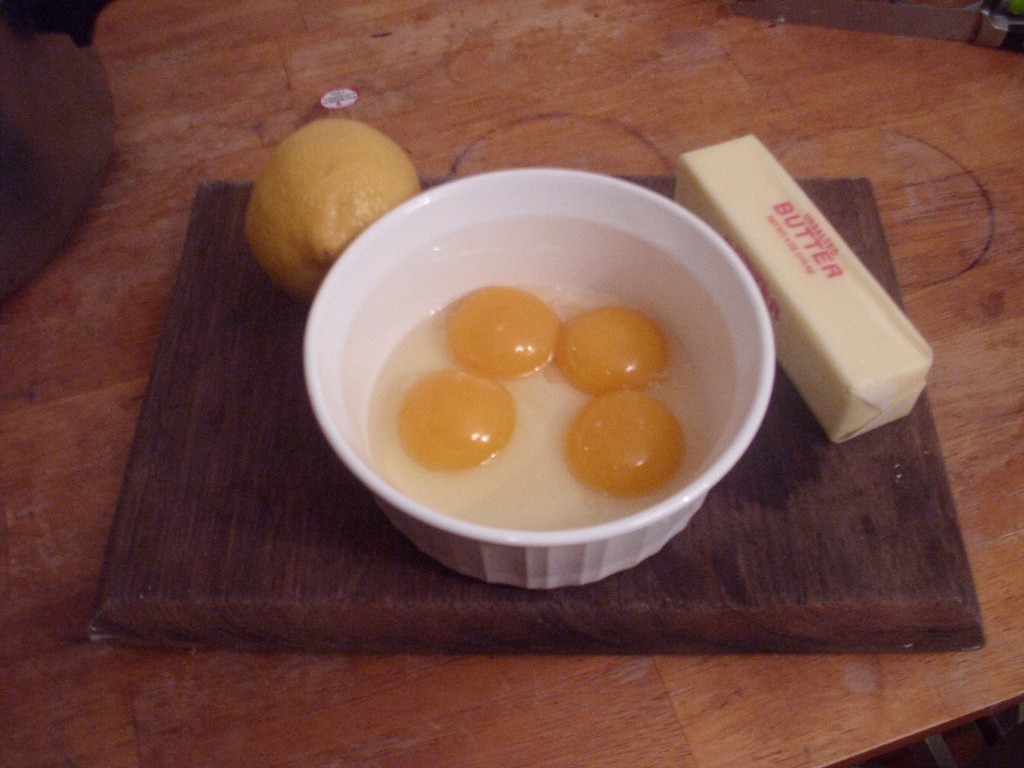 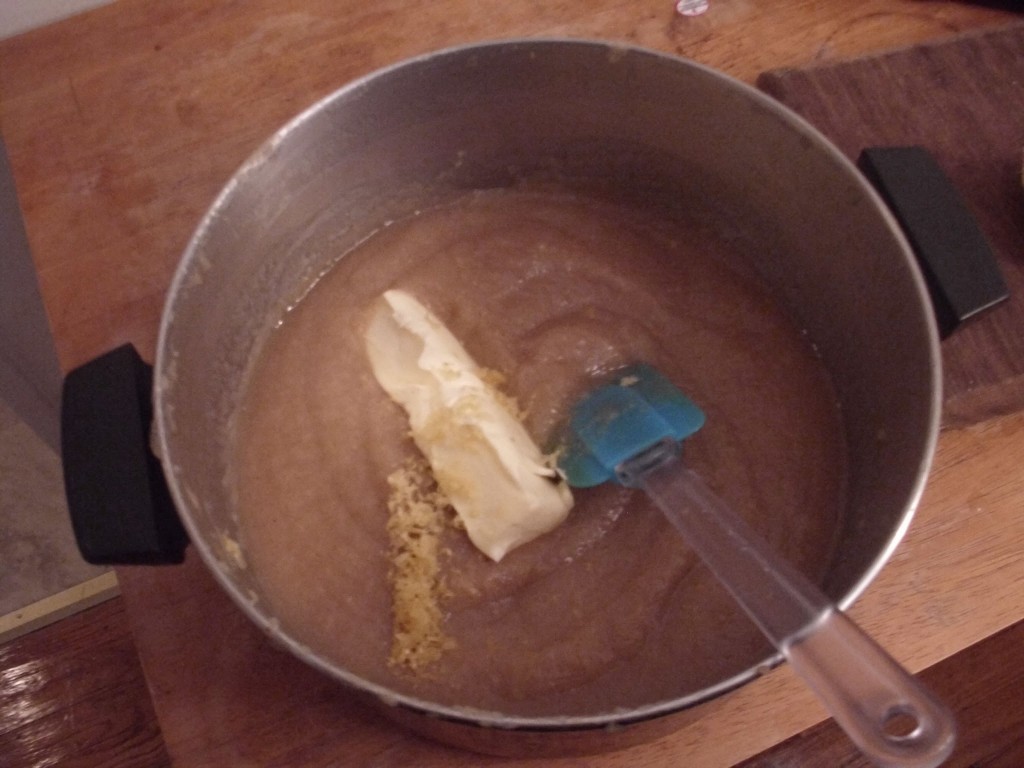 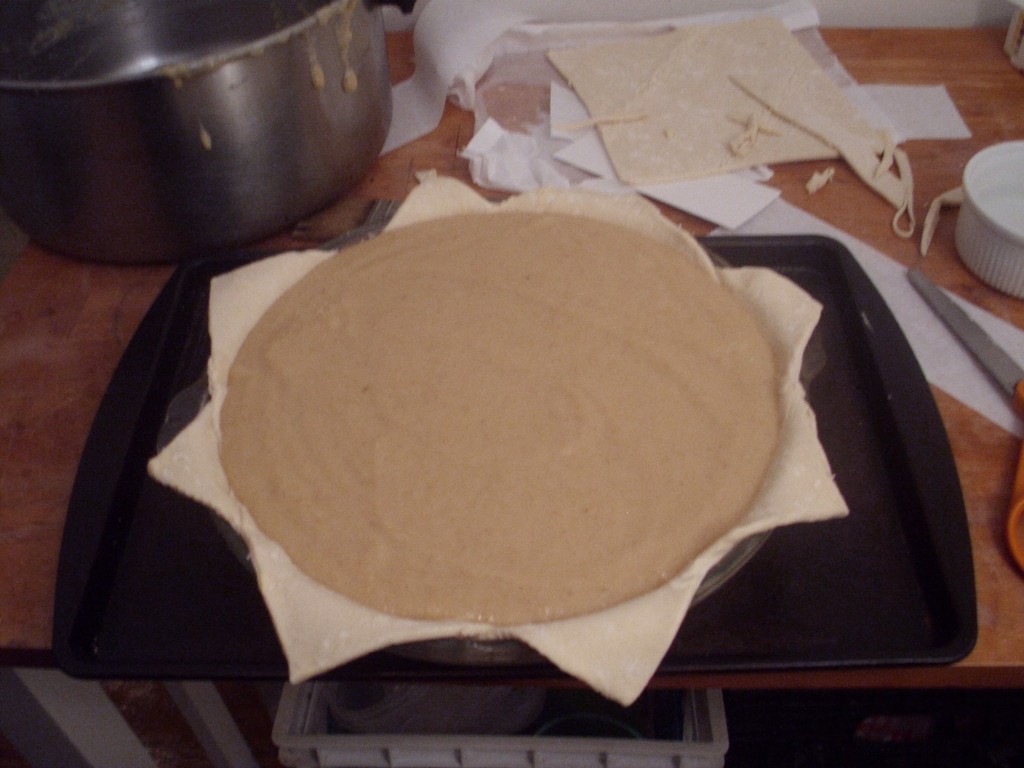 The recipe only says to bake for 30 minutes, so this part required a little finagling. First, I set the oven to 350 degrees and baked for 30 minutes, but the pudding didn’t seem to be setting up, so I added on another ten minutes. It was really unclear what the final product would be like, but even after an additional ten minutes, it still didn’t seem quite right. At this point, I turned off the oven, propped the door open with a large slotted spoon, and left it for a final fifteen minutes. At this point, I was worried about burning the crust, so I accepted the pie as is. 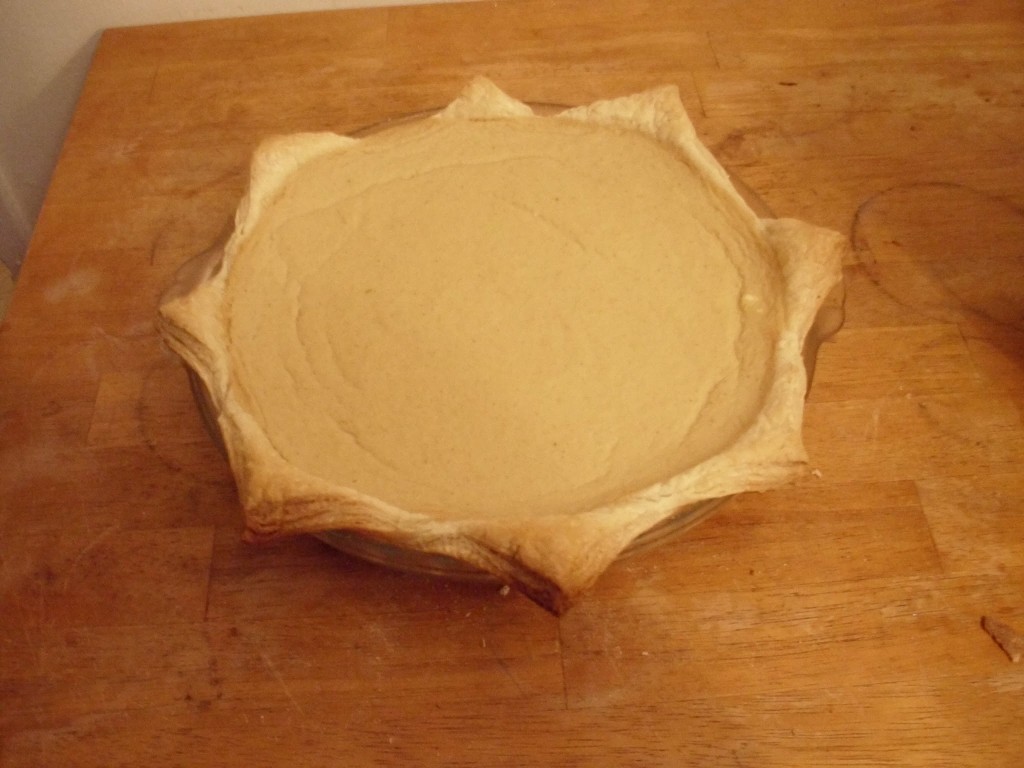 The final pudding was really interesting. It wasn’t quite what I think of as a pudding, but it definitely wasn’t a pie either. The crust added a nice variety to the texture, and the apples had a really robust flavor – cooking them with the lemon peel really made a difference.

To see this recipe and others in The Cook’s Oracle, the book can be found in our catalog here.

When Beale Street Spoke in Haiti: From Port-au-Prince to the Oscars
War in Black and White: African American Soldiers’ Photograph Albums
“I Take Up My Pen: 19th Century British Women Writers”