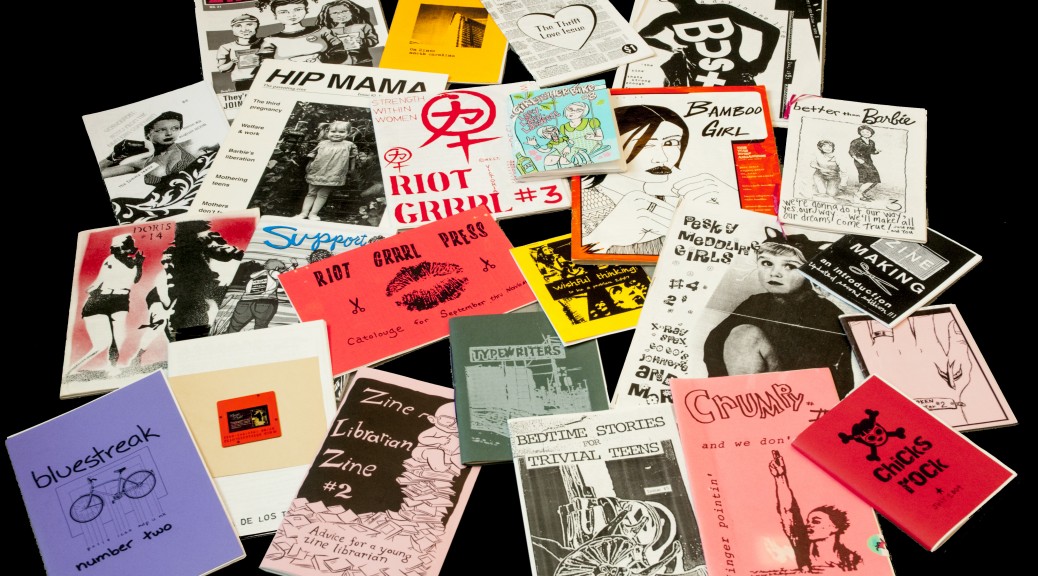 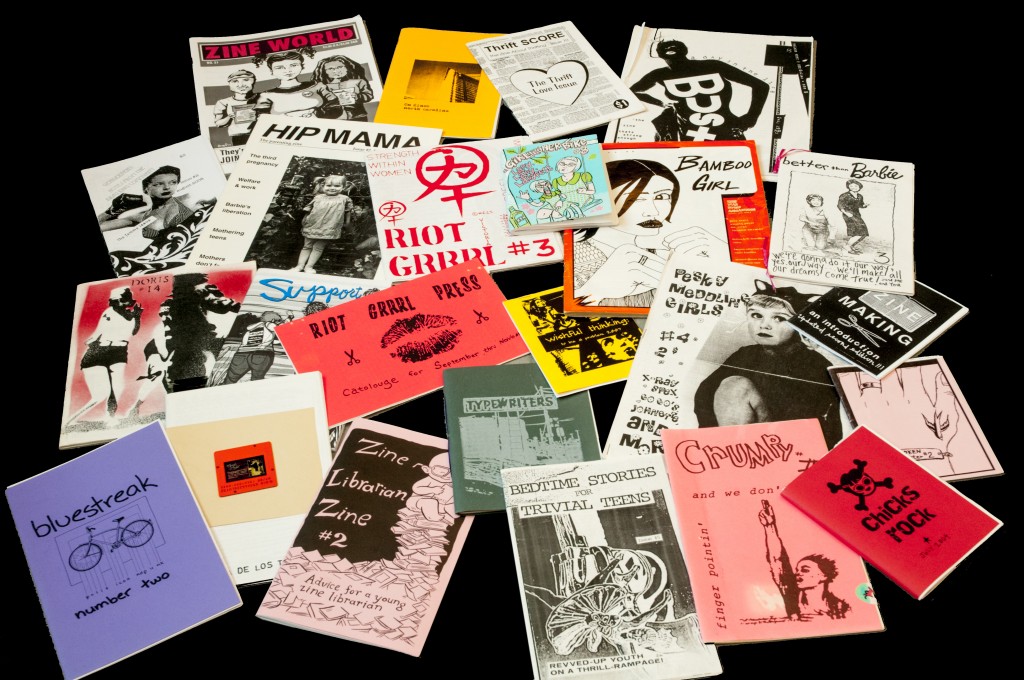 In the early nineties, a certain cohort of dissident, non-conforming girls turned to self-publishing to express their deep dissatisfaction with conservative reaffirmations of normative femininity. Calling themselves “Riot Grrrls” after several influential all-girl punk bands, they crafted handmade publications known as “zines” in order to voice their disaffection and to think through alternative ways of being in the world. Despite their own fairly small numbers and the fact that they reproduced their zines in limited fashion, these young women quickly caught the attention of the mainstream media, cultural commentators, and a range of academics and librarians alike. Within ten years, at least three major collections of girl zines had been collected at places like Smith College, Barnard College, and Duke University. This lecture will explore the significance of girls’ self-publishing efforts, the complex reasons for their zines’ quick assimilation into legitimate cultural institutions, and the political benefits and drawbacks to this kind of memorialization.

Janice Radway is the Walter Dill Scott Professor of Communication Studies and a professor of American Studies and Gender and Sexuality Studies at Northwestern University. She is also Professor Emerita of Literature at Duke University. This year, as the Founders’ Fellow at the National Humanities Center, she is working on a book project, Girls and Their Zines in Motion: Selfhood and Sociality in the 1990s.

What a WONDERful World
"Human Rights, Truth Telling, and Justice" Symposium
Duvalierism, With and Without Duvalier: Radio Haiti Commemorates the Massacres of April 26, 1963 and...