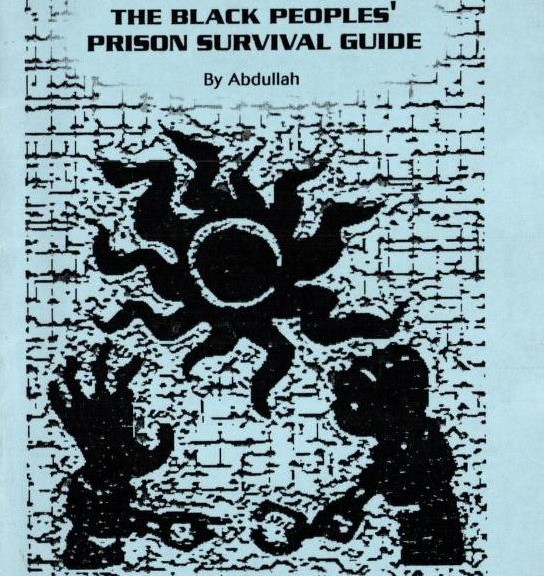 The popular Netflix series Orange is the New Black, based on the memoir of the same name by Piper Kerman, has brought renewed attention to the conditions inside U.S. women’s prisons. While prison reform has not been contemporarily understood as a priority of the LGBTQ and feminist communities, the special collections at the David M. Rubenstein Rare Book & Manuscript Library, illustrate the degree to which prison reform and anti-prison activism have, since the 19th century, operated as a cornerstone of both LGBTQ and feminist movements.

In the 19th century, charity efforts led by white middle-class feminists led to the creation of prison reform organizations such as the Women’s Prison Association (WPA) and the Gilbert Library and Prisoners’ Aid Society. These organizations advocated for separate women’s reformatories, the decriminalization of prostitution, rehabilitation programs for former inmates, and the creation and expansion of prison libraries.

These early reform efforts are reflected in the ledger and scrapbook of Linda Gilbert, the founder and president of the Gilbert Library and Prisoners’ Aid Society. The ledger details Gilbert’s fundraising efforts on behalf of the organization and the expenses it incurred from roughly 1868 to 1894, as it helped to establish libraries in institutions such as the New York House of Detention, Ludlow St. Jail, and Sing Sing Female Prison. A pamphlet included in the Linda Gilbert scrapbook speaks to the particular significance of prison libraries and literature to reformers of this period, who saw increasing literacy among prisoners and increasing access to reading material as central to their moral improvement.

The incarceration collections held in the Rubenstein Library, however, reflect the importance of circulating periodicals to prison reform efforts more generally, and the changing role of reading and writing in prison reform movements over time. In the 1960’s and 70’s, prison libraries and education programs helped to instigate an expanding prisoners’ rights movement both within and beyond prison walls. These efforts are reflected in several women’s prison newsletters and pamphlets that were published by lesbian feminist organizations in the late 20th century, including “No More Cages” and “Through the Looking Glass,” which are held in the Atlanta Lesbian Feminist Alliance Periodicals Collection and the Women’s and Lesbian, Gay, Bisexual, and Transgender Movements (LGBTQ) Periodicals Collection, respectively.

These newsletters were the collaborative projects of lesbian feminist and anti-prison activists in the late twentieth century in the context of neo-liberal economic policies, intensifying restrictions on access to welfare, and a corresponding rise in incarceration rates. The newsletters that grew out of these coalitions often aimed their critiques at increasing restrictions on access to welfare that, while initiated by the Nixon administration, were part of a larger conservative backlash against the Economic Opportunity Act of 1964 that continued through the 1990’s, making women of color, in particular, vulnerable to mass incarceration.

“Break ‘de Chains of U.S. Legalized Slavery,”  a joint publication between the Triangle Area Lesbian Feminists’ Prison Book Project and inmates at the North Carolina Correctional institute for women, documents a prison rebellion at the North Carolina Correctional Institute for Women in 1975 that began as a work stoppage in the prison laundry. The pamphlet not only critiques healthcare and labor conditions in the prison, but contests media accounts of the rebellion itself. Additionally, the Rubenstein Library also holds a publication from Action for Forgotten Women, a feminist organization that was also active in the Triangle in the 1970’s.

Gay and lesbian publications such as Feminary, Lesbian Tide, RFD, and Gay Community News, which frequently reported on conditions inside prisons and incidents of police brutality, gave advice to gay and lesbian readers about how to protect themselves from law enforcement, and published letters from prisoners that also circulated widely both inside and outside of prisons during this period. These publications helped to galvanize support for prisoners, and encouraged readers to understand the policing and criminalization of gender and sexual non-normativity as intersecting with the policing and criminalization of people of color, immigrants, and the poor.

Many of the most widely circulating zines are included in the Incarceration Zine Collection, part of the Human Rights Archive, which was acquired from the Chicago Anarchist Black Cross Zine Distro. The collection spans the years from 1995 to 2007, and includes 103 zines distributed inside and outside of jails and prisons, with writing by notable inmates and anti-prison activists, including Mumia Abu-Jamal, Sundiata Acoli, Ashanti Alston Omowali, David Gilbert and his son, Chesa Boudin, Kevin “Rashid” Johnson, Dennis Kyne, Anthony Rayson, Bobby Sands, Sean Swain, and Harold H. Thompson. Zines related specifically to the concerns of women and LGBTQ people, including The Invisibility of Women Prisoners’ Resistance, Reaching through the Bars, Tenacious: Art and Writings from Women in Prison, and Queers Bash Back can be found in the Bingham Center Women’s Zine Collection.

These resources offer researchers insight into the dialogue amongst prison reformers and anti-prison activists both inside and outside of prison, and into the particular role of reading and writing in the expansion of prison reform and prisoners’ rights movements.