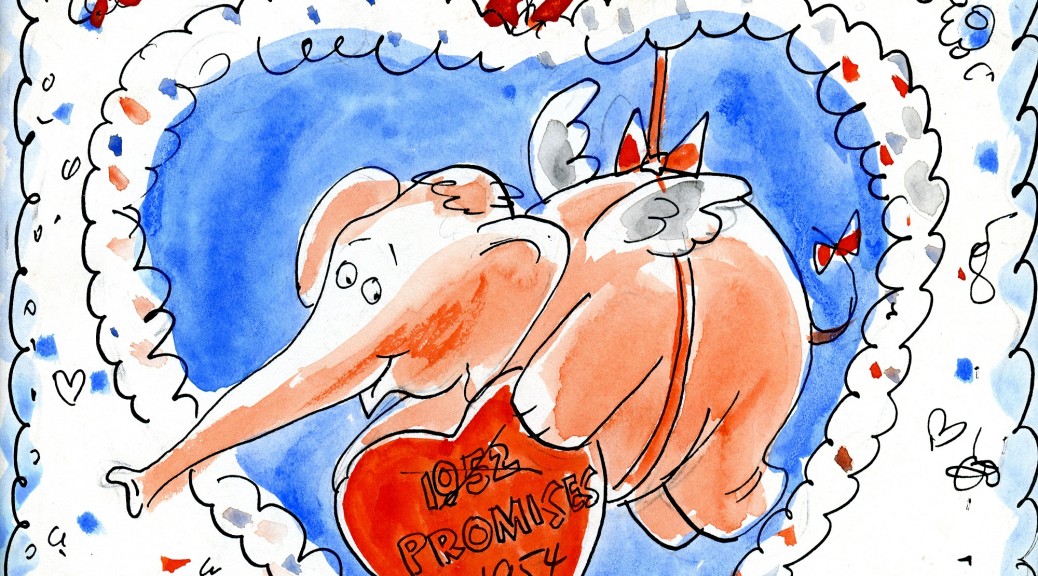 It’s hard to kiss and make up. This Valentine Cupid, sweet as he is, carried no red roses to Democrats in 1954, only a satirical reminder of “broken promises” made in 1952, the year Republican Dwight D. Eisenhower was elected (along with running mate Richard M. Nixon). This Valentine’s Day, hug your favorite Republican — or Democrat!

This cartoon cover art comes from the records of the Democratic Digest (1953-1961). The small-format magazine was the official mouthpiece of the Democratic National Committee. In addition to correspondence from readers, critics, and Democratic senators and governors, chiefly in response to political issues of the day (among which McCarthyism, civil rights, labor, nuclear weapons, farm subsidies, and party politics), about a third of the collection consists of hundreds of pieces of color and black-and-white layout art, including political cartoons by noted illustrator Leo Hershfield and others. There are also smaller amounts of editorial files and printed material. The Democratic Digest was continued in 1961 as The Democrat.