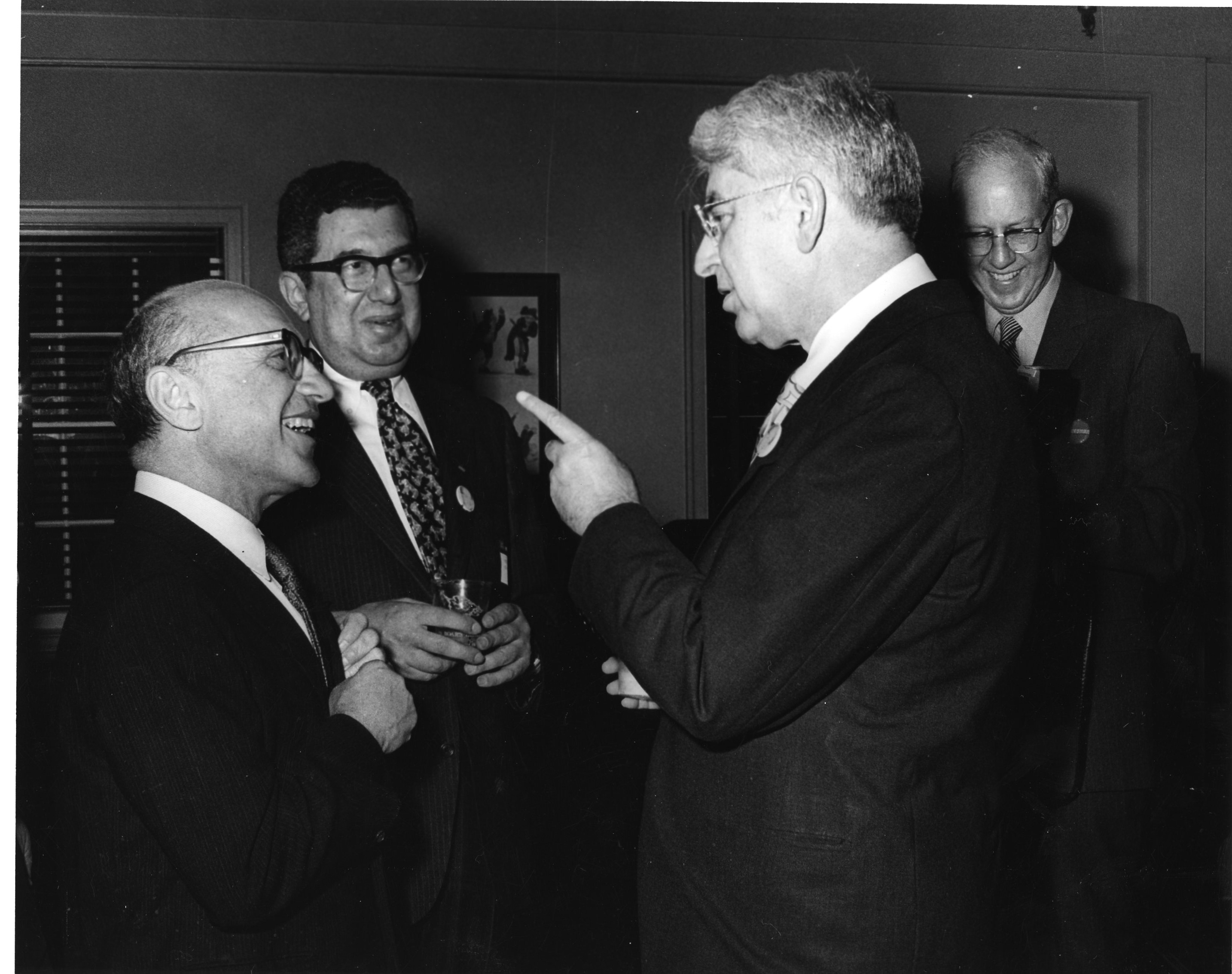 Finding a gem in a jumbled box of papers and images is always a fulfilling feeling, whether it be an arresting photograph, a revealing letter, or even a scrap of someone’s mundane—but relatable—life.  Of course, some of these gems are hidden and thus require a bit of searching before their worth can be noticed.  Much of this exploring was required with the gem I found in the Arthur F. Burns collection.

Arthur Burns was a notable 20th century economist and diplomat.  Among his achievements, he served as chief economic advisor to President Eisenhower; chaired the Federal Reserve under Nixon, Ford, and Carter; and represented the United States as ambassador to Germany under Reagan.  Because of his high stature in both academia and public service, Burns corresponded with dozens of notable figures in the mid-twentieth century, from the presidents he served to the economists with whom he worked.  This correspondence is a central component of the Arthur Burns papers in the Rubenstein Library, along with copies of Burns’ journals (1969-1974), photographs, and memorabilia.

As I processed an addition to the correspondence series of the collection, I came across some letters from Milton Friedman to Burns.  As an economist junkie, any chance to peek inside the mind of Friedman—a Nobel laureate and the father of monetarist economics—was more than worth my time.  Nevertheless, I expected only routine correspondence, for most of the letters seemed to comment only on personal matters.  But, boy, was I wrong!

Within the second folder, I found what at first appeared to be only a routine letter between pals, dated February 1, 1951.  As I was about to put the letter aside, I noticed that near the bottom of the page Friedman jumped into defending his views, point by point, on the quantity theory of money in wartime.  After a bit of scrounging around the Internet, I discovered that the comments pertained to Friedman’s draft of “Price, Income, and Monetary Changes in Three Wartime Periods” (1952), which discusses the effects of war on prices and production in the American economy.

I was holding Friedman’s defense of his own work, a draft of which must have been previously critiqued by Burns.  So, as I read Friedman’s article and came up with my own disputes, I could look back at how he would respond.  For me, and for any researcher, this is a remarkable opportunity.  On top of this, it’s possible that Burns used some of this information to advise President Eisenhower during the Korean War.  With the extent of the correspondence between Burns and the President (206 letters in the collection), it’s possible that one may find some remnant of the above letter in Burns’s admonitions to Eisenhower.  That may be a hidden gem that requires more exploring!