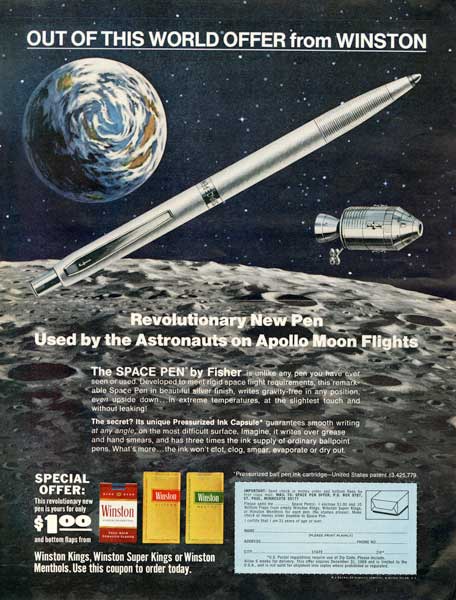 Mad Men‘s  midseason finale juxtaposes the U.S. space program and Napoleon as twin parables on the successes and failures of grand vision and ambition. The Apollo 11 launch and landing on the moon in July 1969 provides a running theme through the episode, and creates a poignant contrast between everyday life and a preoccupation with events 100,000 miles out in space.

The episode opens with Bert Cooper trying to watch the Apollo liftoff and yelling at the maid to turn off the vacuum cleaner. Meanwhile in California, Ted Chaough’s existential crisis while flying over Claremont terrifies the Sunkist representatives; in a later phone call he tells Jim Cutler that he wants to leave advertising altogether. Lou Avery complains to Jim Cutler that Don’s appearance in the Philip Morris client meeting cost them the Commander business to Leo Burnett. Betty entertains house guests that include surly teenager Sean and his nerdy younger brother Neil. Harry’s partnership in the firm is still under consideration, not finalized, and serves as a nodal point in a power struggle between Jim Cutler and Roger Sterling. The creative team preps for their presentation to Burger Chef in Indianapolis, while Pete worries that “now we just have to pray everything goes smoothly on the moon.”

Elsewhere at the agency, SC&P staff members speculate on the consistency of the moon’s surface while Don receives a breach of contract letter from the agency attorney. It turns out that Jim Cutler had initiated the letter in an attempt to force Don out, a move that enrages some of the other partners who hadn’t been notified before their names were placed on the letter. Don calls for a vote on his status, which is affirmed with only Joan and Jim voting to remove him. Joan, bitter that Don’s actions have cost her money, nonetheless criticizes Jim for his tactics: “You shouldn’t have done that.” Don phones Megan to tell her about the tensions at the agency, but when he suggests to her that it may be an opportunity to start over on the west coast, Megan hesitates before breaking things off with Don.

On Sunday all eyes are watching the lunar landing on television; most are amazed but surly Sean complains about the cost of the space race. When Sally repeats this to Don over the phone, he tells her “Don’t be so cynical.” Bert Cooper says a quiet “Bravo.” Shortly after, Roger receives a call that Bert has died, and goes to the office to remove Bert’s name plate from his door. He meets Joan and Jim Cutler there. Jim uses Bert’s death to suggest an opportunity to get rid of Don, to which Roger objects. Roger informs Don of Bert’s passing, and Don goes to Peggy’s hotel room to tell her to do the Burger Chef presentation herself. Roger meets with an associate at McCann Erickson who wants the Chevy team for the Buick account, but Roger suggests that McCann buy a stake in SC&P. McCann is interested only if Roger can keep the creative team of Don and Ted together.

The Burger Chef management is wowed by Peggy’s presentation, where she used the lunar landing event as a symbol of people’s hunger for connection and turned it into an analogy for the kinds of connections often missed at family dinners mediated by ever-present television. Burger Chef, she argues, offers a place to re-connect families. Her presentation ultimately wins the account. When Don returns home from Indianapolis, Roger is waiting for him and tells him of the McCann offer. Roger says it’s the only way to save the agency, as he fears Jim won’t stop until he gets rid of everyone. The next day Roger calls a partners’ meeting to announce the McCann offer; Don talks Ted into staying on and the partners’ unanimously agree to the buyout—including Jim Cutler who sees he has been outmaneuvered by Roger. On his way back to his office, Don sees the ghost of Bert Cooper, singing “The Best Things in Life Are Free.”

Last night’s episode featured references to the space mission, Napoleon, Newport, Popsicle, electric percolators and The Wild Bunch, among other things. Enjoy our selection of highlighted ads that reflect the brands and themes that Mad Men characters interacted with last night. Eleanor C. Pressly: A Duke Alumna at NASA
TWO
A Visit to Duke on the Way to the Presidency